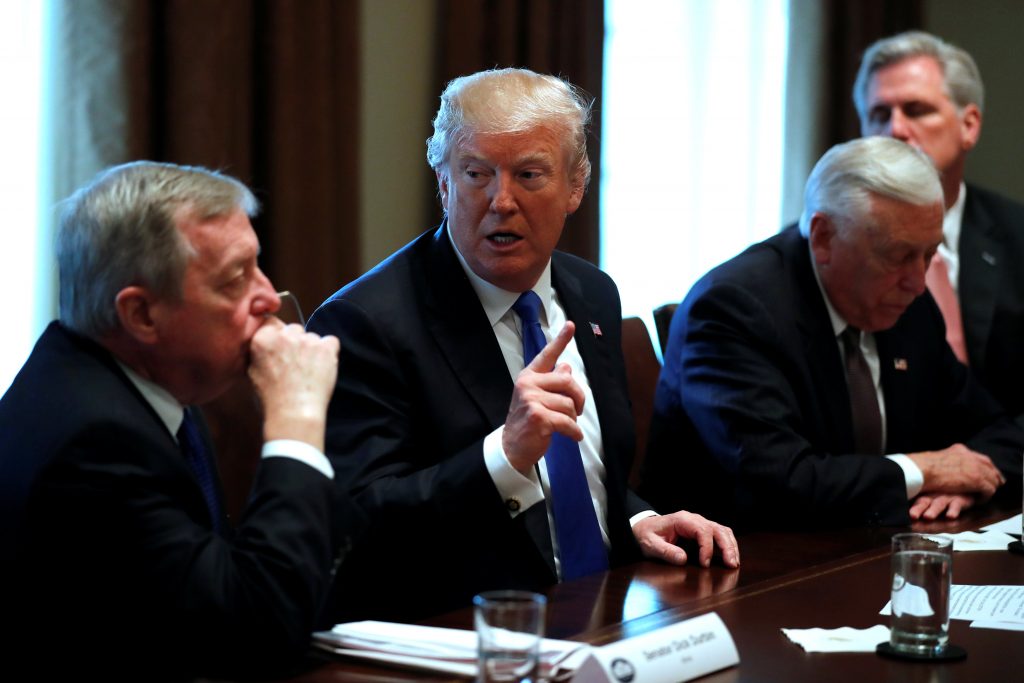 Seeking a bipartisan compromise to avoid a government shutdown, President Donald Trump suggested Tuesday that an immigration deal could be reached in two phases — first by addressing young immigrants and border security with what he called a “bill of love,” then by making comprehensive changes that have long eluded Congress.

Trump held a lengthy meeting with Republican and Democratic lawmakers seeking a solution for hundreds of thousands of young people who were brought to the U.S. illegally as children. Trump last year ended the Obama-era Deferred Action for Childhood Arrivals program, which shielded more than 700,000 people from deportation and gave then the right to work legally in the country. He gave Congress until March to find a fix.

The president, congressional Republicans and Democrats expressed optimism for a deal just 10 days before a government shutdown deadline. Trump expressed a willingness to be flexible in finding an agreement.

“I think my positions are going to be what the people in this room come up with,” Trump said during a Cabinet Room meeting with a bipartisan group of 20 lawmakers. A group of journalists observed the meandering meeting for an extraordinary length of time — about 55 minutes — that involved Trump seeking input from Democrats and Republicans alike in a freewheeling exchange on the contentious issue.

Trump at one point suggested bringing back “earmarks,” or money for pet projects requested by lawmakers, as a way to bring the two parties together and avoid divisions.

The president said he would insist on construction of a border security wall as part of an agreement involving young immigrants, but he said Congress could then pursue a comprehensive immigration overhaul in the second phase.

House Republicans said they planned to soon introduce legislation to address border security and the young immigrants. Trump said, “it should be a bill of love.”