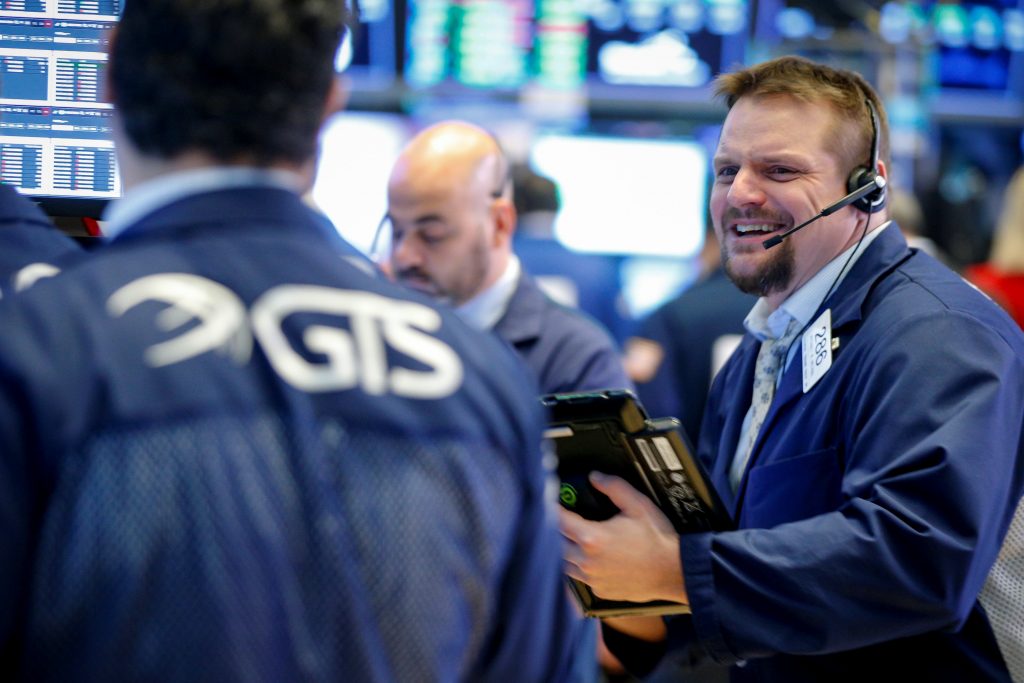 Stocks around the world continue to climb in the new year, and the Standard & Poor’s 500 index ticked further into record territory as calm continues to reign over markets.

Rising banks and health care stocks overshadowed weakness in telecoms and other dividend-paying stocks, which fell as bond yields rose.

HEALTHY GAINS: Health care stocks rose 0.9 percent for one of the biggest gains among the 11 sectors that make up the S&P 500. They more than made up their losses from the prior day.

Illumina was at the front of the pack after it reported preliminary results for fourth-quarter revenue, which easily topped analysts’ expectations. Shares of the company, which makes tools for genetic analysis, jumped $13.91, or 6.1 percent, to $240.97.

Boston Scientific likewise gave preliminary results for its revenue last quarter, which were stronger than Wall Street was expecting. The medical device company’s shares rose $1.33, or 5.1 percent, to $27.14.

SEASON’S GREETINGS: Target became the latest retailer to say it enjoyed a strong end-of-year shopping season, and it raised its profit forecast for the year. The company also credited lower tax rates, which Washington approved last month as part of its tax overhaul, for the brighter outlook.

FOLLOWING THE MOMENTUM: Stocks have been steadily rising for more than a year as investors bask in an economy where countries around the world are finally all growing in sync. Corporate profits are also on the upswing, and the recently passed tax cut should goose earnings even higher.

Strategists at Goldman Sachs say the tax overhaul will contribute more than a third of the expected 14 percent growth they’re forecasting for S&P 500 earnings per share in 2018.

Later this week, companies will begin reporting their results for the last three months of 2017, and investors are waiting to hear what CEOs will say about the tax overhaul’s effect on their bottom lines.

DIVIDENDS DULLED: Telecom stocks and utilities lagged well behind the market. They offer some of the market’s biggest dividend yields, which means their stocks often move in the opposite direction of bond yields.

The yield on the 10-year Treasury note rose to 2.54 percent from 2.48 percent late Monday and is at its highest level since March. That raises bonds’ appeal relative to dividend-paying stocks for investors seeking income.

Telecom stocks in the S&P 500 fell 1 percent, the worst performance in the index. Utilities lost 0.9 percent.

FINE FINANCIALS: On the opposite end, rising interest rates help banks because they can lead to bigger profits from making loans. Financial stocks in the S&P 500 climbed 1 percent.