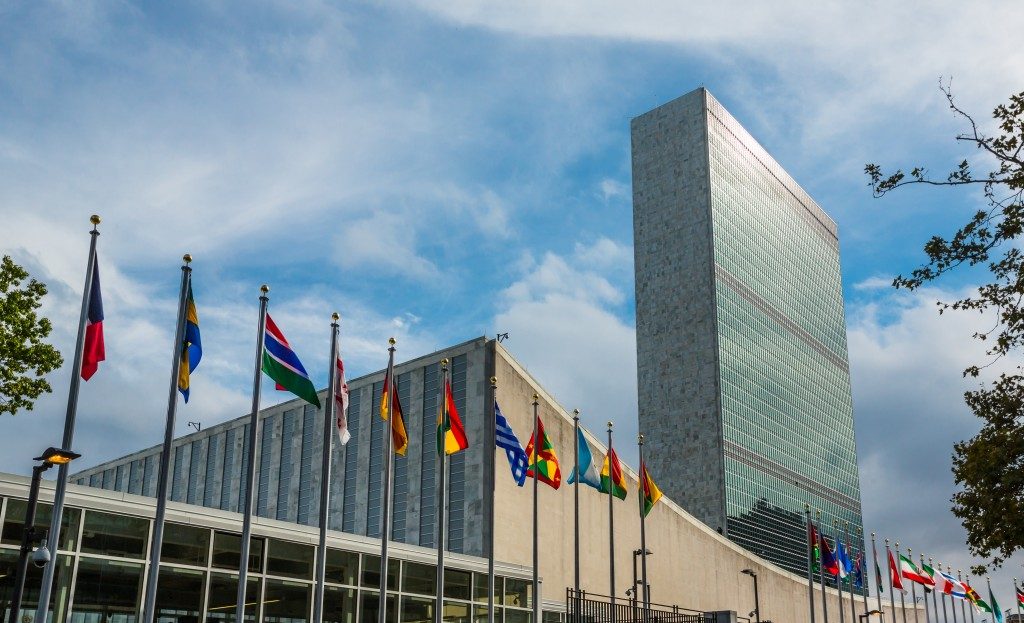 The Trump administration has shaken things up by announcing that it is reevaluating its generous support for UNRWA, the United Nations’ Palestinian “refugee” agency.

The decision is based on at least two considerations. One, the need to periodically review the effectiveness of UNRWA’s aid programs; after all, the American taxpayer shells out more than $350 million a year to these programs and is entitled to such a review. Two, to remind the Palestinians that they can’t offend the United States by refusing to meet with its senior officials to discuss peace, and still expect the money to flow. There’s a limit to chutzpah, even for the Palestinians.

While the political leadership in Israel agrees wholeheartedly that UNRWA does more harm than good, perpetuating the refugee myth and fueling false hopes for a “right of return” for these refugees, there is concern that a sudden cut in welfare funding could worsen the poverty and lead to greater instability.

But there are other agencies at the United Nations that Washington could and should cut because they have been turned into vehicles for spreading anti-Semitic and anti-Israel resolutions.

Take, for instance, UNESCO, the United Nations Educational, Scientific and Cultural Organization. Instead of promoting education, science and culture, it peddles politically driven fake history, endorsing resolutions that Me’aras Hamachpelah is a Palestinian heritage site and putting it on its “in danger” list.

The world body’s agency that is in charge of education, science and culture went so far as to pass a resolution denying the Jewish people’s ties to Har HaBayis and the Kosel, referring to the Kosel plaza as the al-Burak plaza. This was too much even for Israel’s opposition parties.

“Whoever wants to rewrite history, to distort fact, and to completely invent the fantasy that the Western Wall and Temple Mount have no connection to the Jewish people, is telling a terrible lie that only serves to increase hatred,” opposition leader Yitzchak Herzog said. “On this matter there is no disagreement among the people of Israel, and I urge UNESCO to withdraw this bizarre resolution and to engage in protecting, not distorting, human history.”

There is obviously no justification for spending U.S. tax dollars on anti-Semitic fantasy.

Then there is UNICEF, the United Nations International Children’s Emergency Fund, another agency that is used to bash Israel instead of do its important job, namely to promote the welfare of children around the world.

This past summer, UNICEF released a report claiming that Israel has one of the worst records on child poverty in the world. Israel ranked 36 out of 37, beating out only Romania.

Israel, with its high standard of living, low unemployment, free dental care, free mother-child health centers, free education, social welfare agencies, and highly developed network of chessed organizations, has one of the worst records on child poverty in the world?

Fake news of the worst kind.

(At the same time, UNICEF shows little if any concern for Palestinian children being used as human shields or being encouraged to blow themselves up against Jews, or to throw stones at Israeli soldiers.)

This week UNICEF took another step that proved the urgency of denying it any U.S. funding. The organization is spearheading a campaign to have the IDF included on a U.N. blacklist of “grave” violators of children’s rights, according to a report by NGO Monitor.

According to the report, the U.N. blacklist consists almost entirely of terror groups and militias from failed states, including IS, Boko Haram, the Taliban, and al-Qaida. The IDF, the most moral army in the world, is lumped together with IS and Boko Haram on this list, which appears as an annex to the U.N. Secretary-General’s annual report on Children and Armed Conflict (CAAC).

In explaining the administration’s decision to reevaluate funding for UNRWA, a senior White House official said that the president “will not tolerate falsehoods being spread about America and our positions, and he certainly will not spend taxpayer dollars to subsidize those who spread them.”

It’s a standard that needs to be applied to falsehoods being spread by the United Nations to demonize America’s allies, especially its most trusted friend in the Middle East.

Not only do these falsehoods unjustly tarnish and blaspheme the only democracy in the region, but they undermine its charter, which, in its first article, vows to “bring about by peaceful means, and in conformity with the principles of justice and international law, adjustment or settlement of international disputes or situations which might lead to a breach of the peace.”

The United States is the most generous country in the world, and it should continue to provide assistance to hungry, illiterate, ill children around the world. It should continue to provide for the welfare needs of genuine refugees, of which there are millions around the world. And it should most certainly fund efforts to resolve conflicts and promote world peace.

But the United Nations isn’t the address. It is a poorly run, bloated, immoral organization that doesn’t deserve a penny. It’s time to identify other, more honest, vehicles for delivering aid to those who desperately need it.