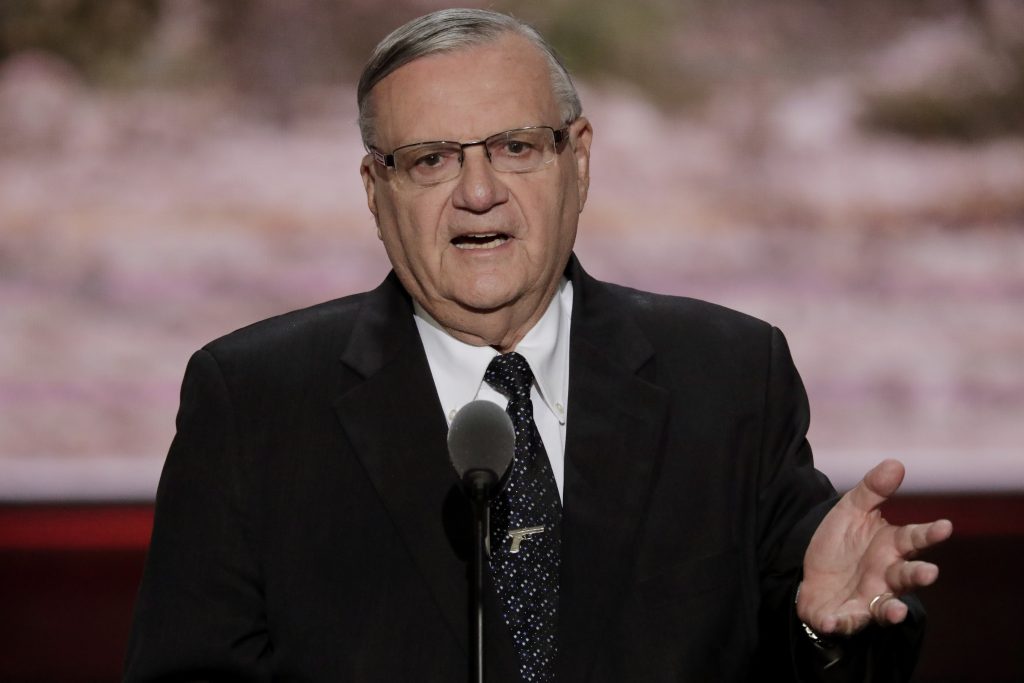 The 85-year-old lawman tweeted he is seeking the post to support Trump’s policies.

“President Trump needs my help in the Senate,” Arpaio added in an email to supporters seeking funds for the race.

Arpaio, who served 24 years as metro Phoenix’s sheriff before suffering a crushing 2016 defeat by an little-known Phoenix police sergeant, would face former state Sen. Kelli Ward in the GOP primary and possibly U.S. Rep. Martha McSally. She has told colleagues that she is planning a Senate run but hasn’t yet made an announcement.

The retired sheriff did not immediately return a phone message left Tuesday by The Associated Press.

Arpaio’s re-election defeat came amid a crush of criticism over the $141 million in legal costs that Maricopa County taxpayers footed for defending him in lawsuits over his contentious immigration policies,and deaths of inmates in his jails.

He became internationally known for jailing inmates in outdoor tents during triple-digit heat, conducting dozens of immigration crackdowns over a nine-year period, and retaliating against his political enemies.

Last year Arpaio was found guilty of criminal contempt of court for intentionally disobeying a federal judge’s 2011 order to stop his traffic patrols that targeted immigrants.

His pardon by Trump in late August gave new life to a politician who left office battered after years of scandals.

Arpaio endorsed Trump in his presidential run and appeared alongside him at 2016 presidential campaign appearances, including a large outdoor event in the lawman’s hometown of Fountain Hills outside of Phoenix.

The former sheriff is known for his fundraising talents.

He raised $12.6 million in his last campaign for sheriff, compared to the $1 million spent by the winning candidate. A political group funded primarily by liberal hedge-fund tycoon George Soros also spent $3.2 million in opposition to Arpaio.

Arpaio flirted with running for governor five times while he was sheriff but ultimately decided against doing so each time.