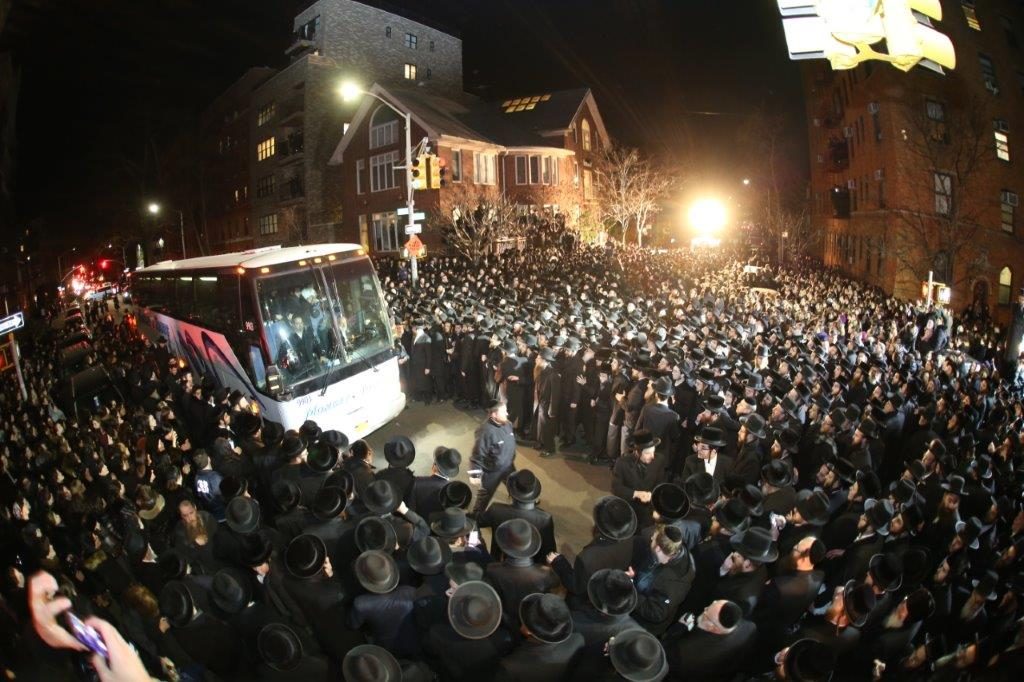 In “State of Unity, City of Unity” by your guest Dov Fuchs (Features Parashas Vayechi, 9 Teves, December 27), he begins: “Three monumental events over the past week have taken Klal Yisrael on an emotional roller coaster.” Well said. Hamodia should be commended for its yeoman’s efforts in reporting, commenting, clarifying all the “monumental” events while meeting all its deadlines. The staff should be complimented for their efforts as well.

The writer enumerates the three “monumental” events: 1) the devastating tragedy of the Azan family, 2) the euphoria surrounding the release of Reb Sholom Mordechai Rubashkin, and 3) the U.N. General Assembly “denounce(ing) the Jewish people by denying all claims to Yerushalayim.” He then connects the latter two events: “Hikdim refuah l’makkah” — Hashem gave us the opportunity for unity amongst ourselves as an antidote to the unity of the U.N. against us.

May I ask, if we looked back, to assess which one of these “monumental” events consumed Klal Yisrael more than the other two? I would venture to say it was the Rubashkin release. It certainly was a great credit and zechus for Klal Yisrael, yet the reaction to the other events paled in comparison.

Imagine, if you will: Had the third piece of breaking news been that the Kosel Hamaaravi was, chalilah, detonated and destroyed, with terrorism suspected, or, l’havdil, the Mosque of Omar had been detonated with the Har HaBayis flooded with “gold-seekers,” which of the three events would have consumed Klal Yisrael? I think we can all agree it would have been one of these latter events.

My dear friends, may I draw your attention to two maamarei Chazal.

The Gemara equates the passing of a tzaddik to Churban Beis Hamikdash. The Midrash says that their passing is more difficult than Churban Beis Hamikdash. Accordingly, in light of either assessment of the Rabbis, we would agree that the passing of Rav Shteinman, zt”l, on Erev Chanukah, basically the same week, was certainly a greater event/calamity than any of the above-mentioned events.

[To be sure, Hamodia put much emphasis in conveying the greatness of the Gadol and our loss, as per the guidelines. We are speaking now in the context of the “other events,” especially the U.N. resolution.]

Permit me to share two thoughts of Rav Yosef of Slutzk, zt”l, one of the great talmidim of Rav Chaim of Volozhin. Rav Yosef was niftar in 1864, a leader among leaders of his generation. These two thoughts are in his sefer on drashos (p. 143 on the hesped of Rav Yaakov of Karlin, Baal Mishkenos Yaakov).

He points out the discrepancy between Gemara Rosh Hashanah 18B, where the Gemara equates the passing of tzaddikim to the destruction of the Beis Hamikdash, and the Midrash in Eichah, which says the passing of a tzaddik is worse than the destruction of the Beis Hamikdash. To this he answers with a parable of a young boy who was orphaned by the passing of his father at a young age. One day the boy comes crying to his mother. “My clothes are torn. When am I going to get new ones?” To which his mother answers, “I am sorry, my son. You know your father passed away at a young age and there isn’t anyone providing for the family.”

With the passing of a tzaddik, Klal Yisrael is left unprotected and other tragedies happen. In our case, the petirah of Rav Shteinman, zt”l, was soon followed by the devastating fire that ravaged the Azan family. In such a case, the first tragedy of the tzaddik’s passing is compounded and is then seen as a greater tragedy than the destruction of the Beis Hamikdash — so, says Rav Yosef of Slutzk, is the intention of Midrash Eichah.

Then Rav Yosef says something else which is awesome, and apropos to our situation.

He cites a Midrash that the passing on of tzaddikim is mechaper, provides Klal Yisrael with forgiveness (we have it in Moed Kattan 28a, cited by Rashi in Parashas Chukas: The Torah places the passing of Miriam after the laws of Parah Adumah [Red Heifer], to teach that just as a korban provides forgiveness, so, too, the passing of a tzaddik provides kapparah for Klal Yisrael.)

Says Rav Yosef, this is only when Klal Yisrael is in achdus, k’ish echad b’lev echad, like one organism; it does not provide forgiveness if we are splintered.

We hope the tears we all cried on the passing of the tzaddik and the compounded tragedy of the Azan family was the precursor of Reb Sholom Mordecai Rubashkin’s release, which certainly brought our hearts and souls together k’ish echod b’lev echad, which retroactively gave us a kapparah and further prepared us for the ultimate simchah of the coming of Moshiach and the building of the Beis Hamikdash bimheirah biyameinu.

May I point out this achdus with Reb Sholom Mordechai Rubashkin took place during Parashas Vayigash, which describes the achdus of Klal Yisrael — all the brothers, including Yosef, being united with their father.

Furthermore, the Haftarah of the week is in Yechezkel, where Hashem tells him to take two separate pieces of wood and write on one “To Yehudah and Bnei Yisrael” and on the other to write “To Yosef, Eitz Ephraim and all the House of Israel, his comrades.”

This represents the split, the feud, between Shevet Yehudah and Shivtei Yisrael (referred to as Ephraim) and their respective monarchies. Hashem tells Yechezkel to place them together and they will fuse into one. This represents the ultimate achdus of Klal Yisrael at the end of time. We all will be one.

We had a taste of this during this week’s parashah of achdus celebrating Reb Sholom Mordechai Rubashkin’s freedom. I saw a saying: “Hashem, look at the achdus and simchah Your children are having with the freedom of one of them. Imagine, then, the simchah of your children with the freedom of all of them, bimheirah biyameinu, amein!”

As far as the U.N., let me close by sharing a thought of my father-in-law, Rav Gifter, zt”l, Telshe Rosh Yeshivah, which he would say (time and again) as a basic response to all of their hot air mockery.

In the first Rashi in the Torah, Rashi (we will paraphrase) asks why was it necessary to begin the Torah by writing about the Creation? Rather, the Torah should have begun with the first mitzvah to Klal Yisrael — Kiddush Hachodesh. Answers Rashi: Hashem did this for Klal Yisrael’s benefit, so that we can refute those who accuse us of being “bandits,” of stealing the land of Canaan from the seven nations who resided there. We can answer them: Look in the Chumash and you will see that Hashem created the world, it is His. He can give it to whomever he pleases and take from them and give it to us.

Says Rav Gifter, picture the scene at one of the commonly recurring debates in the U.N. accusing the Jews of being occupiers on Palestinian soil. Someone — a representative of the Israeli government or the U.S. government or anyone else, for that matter — would step up to the podium, pull out a Chumash and say, “I am going to settle this once and for all” and goes on to quote the first Rashi. How do you think this would play out? Do you think Rashi’s goal would be achieved? I will leave it to your imagination what would follow. So what is the point?

The goal of the Torah is to teach us that Hashem created the world and gives and takes Eretz Yisrael to and from whomever he sees worthy. We should be convinced that is the goal. The opinion of the nations of the world is totally meaningless.

Hatzlachah to everyone and thank you for being mezakeh us with thoughtful reading.