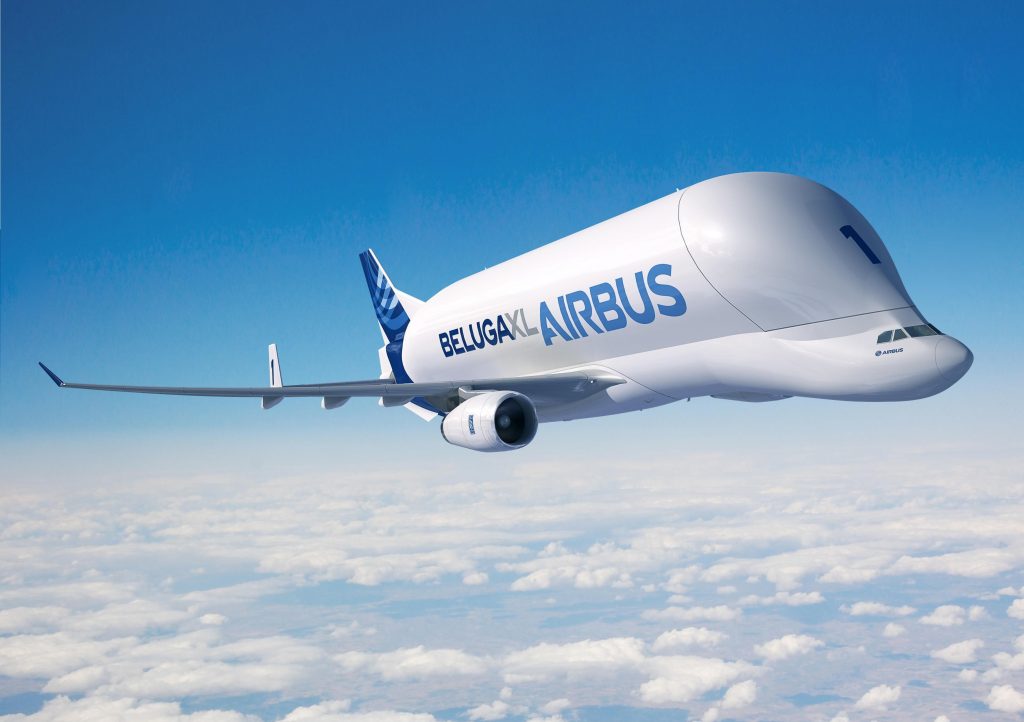 An enlarged version of Airbus’ famously bulbous Beluga wing transporter is set to make its debut flight in the middle of the year after the first plane was rolled off the assembly line.

The aircraft, named for its resemblance to the dome-headed, hunch-backed white whale of the Arctic, is awaiting installation of its two engines before starting ground tests, with work on a second underway, Airbus said Tuesday.

The Beluga XL is based on Airbus’s A330 jet, making it bigger than the existing model developed two decades ago from the A300. The fives planes due to be built will shuttle between the company’s base in Toulouse, France, and sites including Broughton in Wales, where they’ll be big enough to collect both wings for the newest A350 wide-body. The first jet will appear even more whalelike, sporting what Airbus calls a “supersized smile” across its forward fuselage.