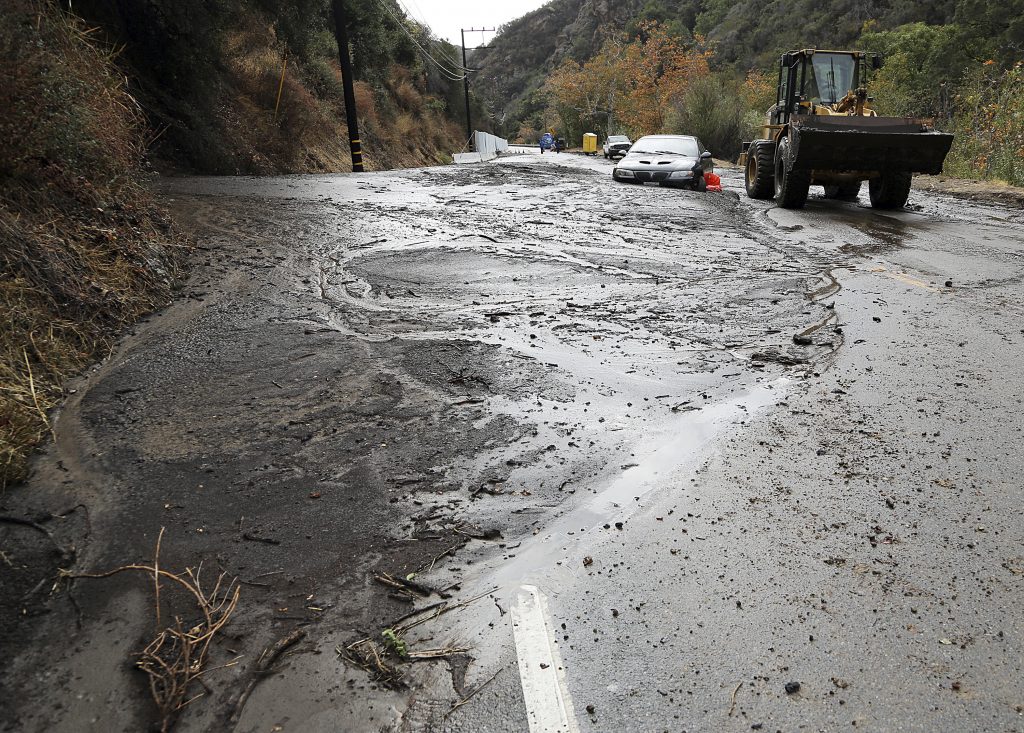 Five people were killed and homes were swept from their foundations as mud and debris from wildfire-scarred hillsides flowed through neighborhoods and onto a key Southern California highway Tuesday during a powerful winter storm that dropped record rain across the state.

Several houses were destroyed and residents were unaccounted for in neighborhoods hard to access because of downed trees and power lines, he said. Helicopters were being used even during the downpours because of blocked roads.

“We’re performing multiple rescues. There will be more,” Zaniboni said, adding that some of those brought to safety were buried in mud. There was a backlog of dozens of callers requesting help. Thousands were without power.

Crews worked to clear debris from roads across greater Los Angeles, including a key stretch of U.S. 101 that was brought to a standstill along the border of Santa Barbara and Ventura counties.

The first significant storm of the season walloped much of the state with damaging winds and thunderstorms. Record-breaking rain fell on the San Francisco Bay region before the system largely passed overnight, leaving diminishing showers there before dawn Tuesday. Stormy weather continued to the east in the Central Valley and Sierra Nevada.

Downtown San Francisco had a record 3.15 inches of rain on Monday, smashing the old mark of 2.36 inches set in 1872 and making it the city’s 16th wettest day since 1849, the National Weather Service said.

To the south, a staggering 9.6 inches of rain fell on Mining Ridge on the Big Sur coast. Highway 1, still not recovered from last winter’s damaging rains, suffered new blockages.

Forecasters issued flash flood warnings and predicted that the cold front with powerful winds could bring higher rain totals to downtown Los Angeles than recorded over the past 10 months. Mandatory evacuations were ordered for about 700 homes in former burn areas of Los Angeles County.

A winter weather advisory was in place for mountain areas, where officials warned motorists to prepare for difficult travel conditions, including gusty winds, low visibility and snow-covered roads

A years-long drought eased in the state last spring, but Northern California had a dry start to winter and hardly any measurable rain fell in the south over the past six months. The extremely dry conditions and high winds last year led to some of the most destructive blazes on both ends of the state.