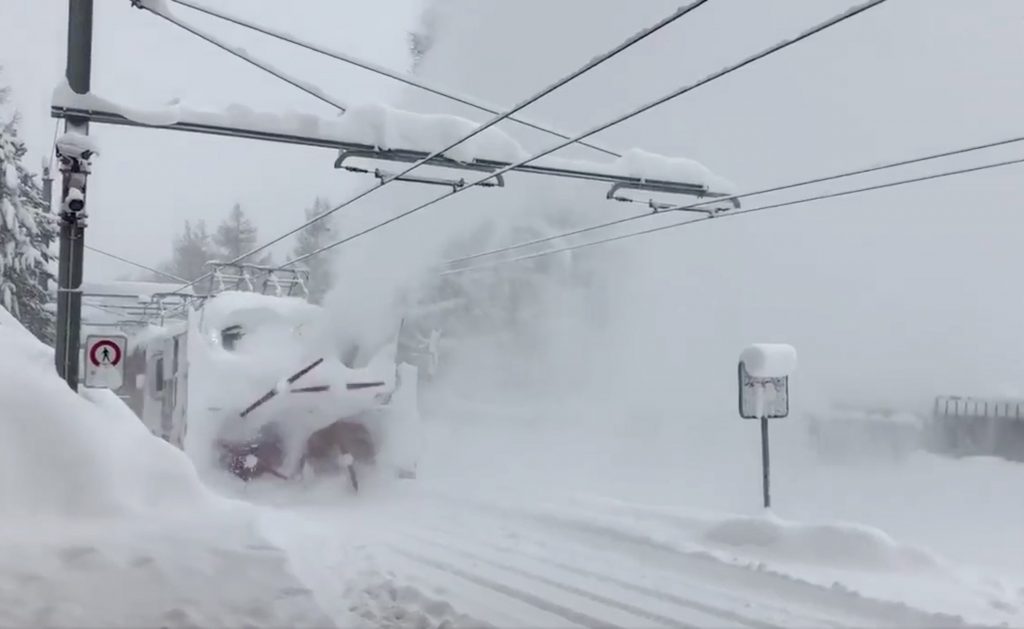 Heavy snow and the risk of avalanches have stranded 13,000 tourists Tuesday in the Swiss resort of Zermatt at the base of the famed Matterhorn.

With roads, trains, cable cars, ski slopes and hiking trails closed, authorities are using helicopters to ferry some of the 13,000 or so tourists to a nearby village to escape the snow-bound valley.

A police department official in Zermatt, which is at the foot of the Matterhorn peak and is a magnet to both backpackers and millionaires, said the helicopter journey to the village of Taesch takes around three minutes.

The official, who spoke on condition of anonymity because he was not authorized to speak publicly about the matter, said the so-called air bridge can transport about 100 people an hour, conditions permitting.

One local hotelier also said authorities were setting off controlled explosions to help clear away piled up snow on roads and train tracks.

Though Zermatt has been cut off, Janine Imesch of the town’s tourism office said power has been restored.

She added that no people were at risk because authorities shuttered access to the nearby ski slopes and hiking trails a day earlier.

Imesch said Tuesday “there is nothing to panic about, everything is fine.”