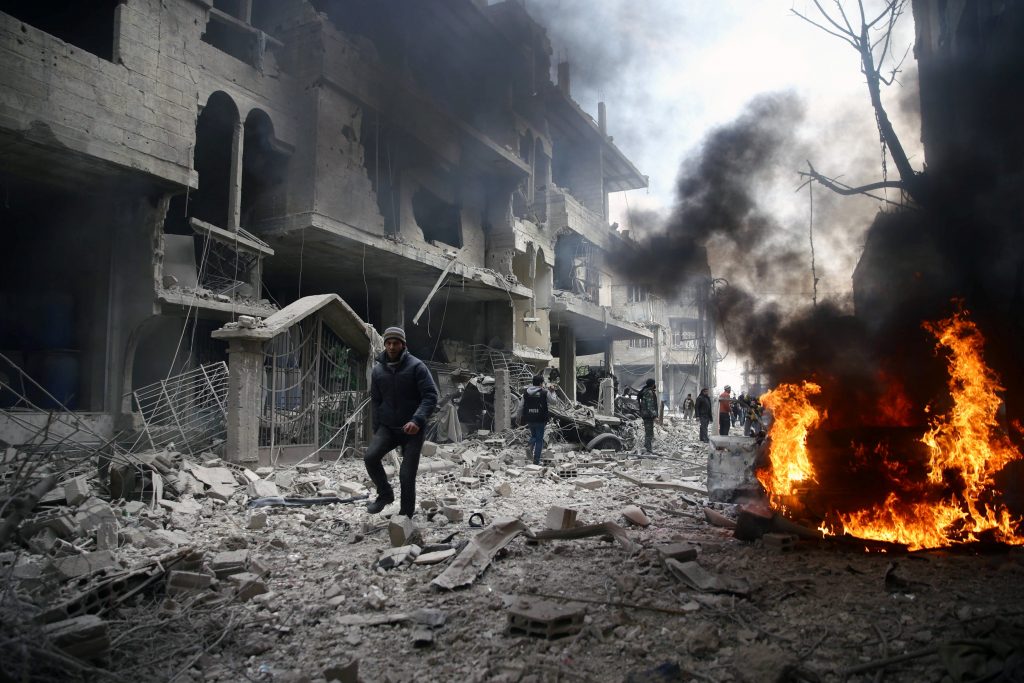 Syrian government forces captured 14 villages Monday as they advance on the largest rebel-held enclave in the country’s north amid a wave of airstrikes.

Syrian government forces and their allies have been on the offensive since late October in Hama and Idlib provinces, capturing nearly 100 villages from insurgent groups, including the al-Qaida-linked Levant Liberation Committee. The offensive intensified on Dec. 25 after reinforcements were brought in from other parts of Syria.

The main aim of the troops is to reach the rebel-held Abu Zuhour air base and secure the road linking the capital, Damascus, with the northern city of Aleppo, Syria’s largest. Rebels captured Abu Zuhour in 2015 after a three-year siege.

The government-controlled Syrian Central Military Media said the newly captured villages, include Freija, Jahman, Dawoudiyeh and Jub al-Qasab, bring the troops closer to the air base.

The SCMM and the opposition’s Britain-based Syrian Observatory for Human Rights confirmed that 14 villages have been captured over the past hours.

The offensive in the southern parts of Idlib province comes amid intense airstrikes and shelling that have killed 21 people since Sunday, according to the Observatory.

Clashes also erupted Monday near the Damascus suburb of Harasta, after government forces reached troops trapped for more than a week in a military base surrounded by insurgents.

State media said the Syrian army broke through rebel lines Sunday to reach soldiers trapped at the Murakabat vehicle base near Harasta, in the eastern Ghouta suburbs.

Rebels surrounded the base late last month, trapping an unknown number of soldiers inside. The rebels say they have taken numerous soldiers hostage. The Observatory says 159 rebels and government soldiers have been killed in fighting over the base since Dec. 29.

In the northwestern city of Idlib, meanwhile, paramedics said the death toll from a massive car bombing the previous evening has risen to at least 25. Nearly 100 people were wounded. The Syrian Civil Defense, known as the White Helmets, said four children and 11 women were among those killed.

The Observatory on Monday gave a higher death toll, saying 34 people were killed, including 18 civilians.

The Sunday night bombing targeted the office of Ajnad al-Koukaz, a militant group consisting of foreign fighters mostly from the caucuses and Russia, according to activists. Idlib is the capital of a province by the same name that is controlled by insurgent factions, including an al-Qaida-linked group.