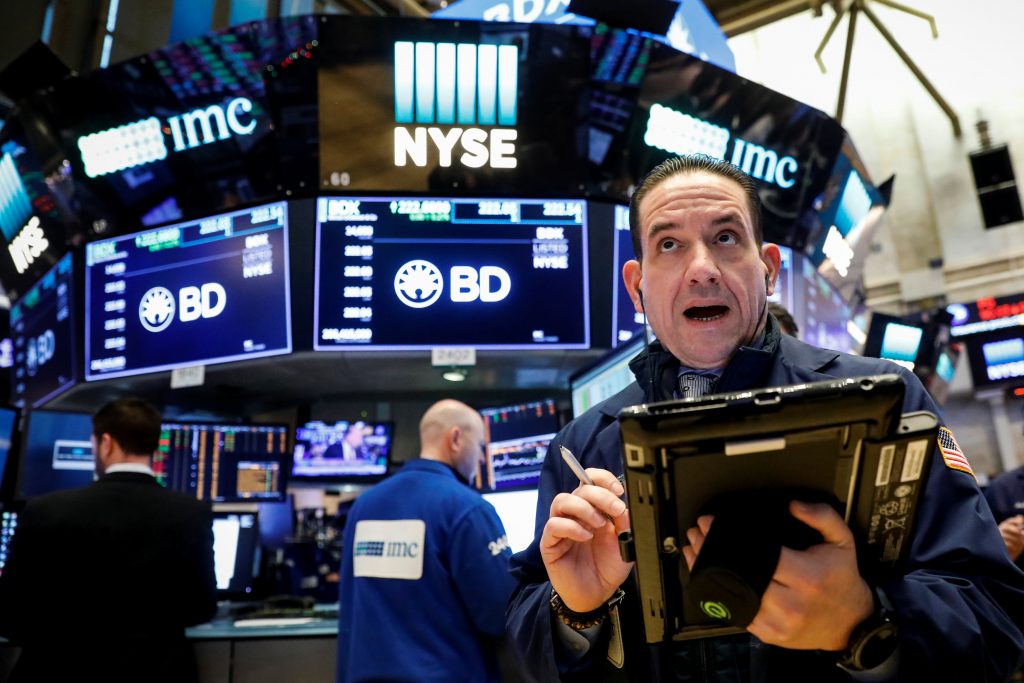 U.S. stock indexes held close to their record levels on Monday, as their momentum slowed following a torrid start to the year.

Losses for health care and financial stocks helped to overshadow gains for utility stocks, and the Standard & Poor’s 500 index flipped between modest losses and gains. If the index ends the day lower, it would be the first loss of the year.

A STRONG START: Monday’s pause follows a stellar start to the year for stocks. The S&P 500 had climbed each of the four prior days for its longest winning streak to lead off a year since 2010.

Looking back further, the market has been on a remarkably smooth upward climb for more than a year as economies around the world finally are growing in sync and corporate profits rise.

“We’re getting a bit tired hearing ourselves talking about the solid economic backdrop and strong earnings growth, but that is the backdrop,” said Jon Adams, senior investment strategist for BMO Global Asset Management. He is optimistic that stocks can continue to rise from their record levels due to the trends.

“Everyone is talking about the synchronized economic growth, but it’s something we haven’t seen for 10 years here.”

SEASON’S GREETINGS: Kohl’s jumped to one of the biggest gains in the S&P 500 after it raised its earnings forecast for the year. The retailer said its sales jumped nearly 7 percent in November and December from a year earlier, and its new profit forecast easily topped Wall Street’s expectations.

NO GO: Shares of GoPro plunged after it said its revenue fell sharply last quarter. The company had to slash prices on cameras to drive more sales, and its $340 million in fourth-quarter revenue fell far short of Wall Street’s expectations.

UPCOMING EARNINGS: A deluge of companies is set to begin reporting their results for the last three months of 2017, with the pace picking up later this week. Analysts and investors will likely be more focused on what CEOs say about their expectations for future earnings.

That’s because Wall Street is looking for profits to rise even higher after Washington approved cuts in corporate tax rates last month. The overhaul of the tax system may help some areas of the market more than others, and investors want to see how much companies will raise their forecasts. Stocks tend to track the trend of corporate profits more than anything else over the long term.

“There will be winners and losers, but broadly it should be supportive,” Adams said.

RATE MOVES: Lower rates tend to make dividend-paying stocks more attractive to investors looking for income. Utility stocks, which pay some of the market’s biggest dividends, rose 0.6 percent for the biggest gain among the 11 sectors that make up the S&P 500.