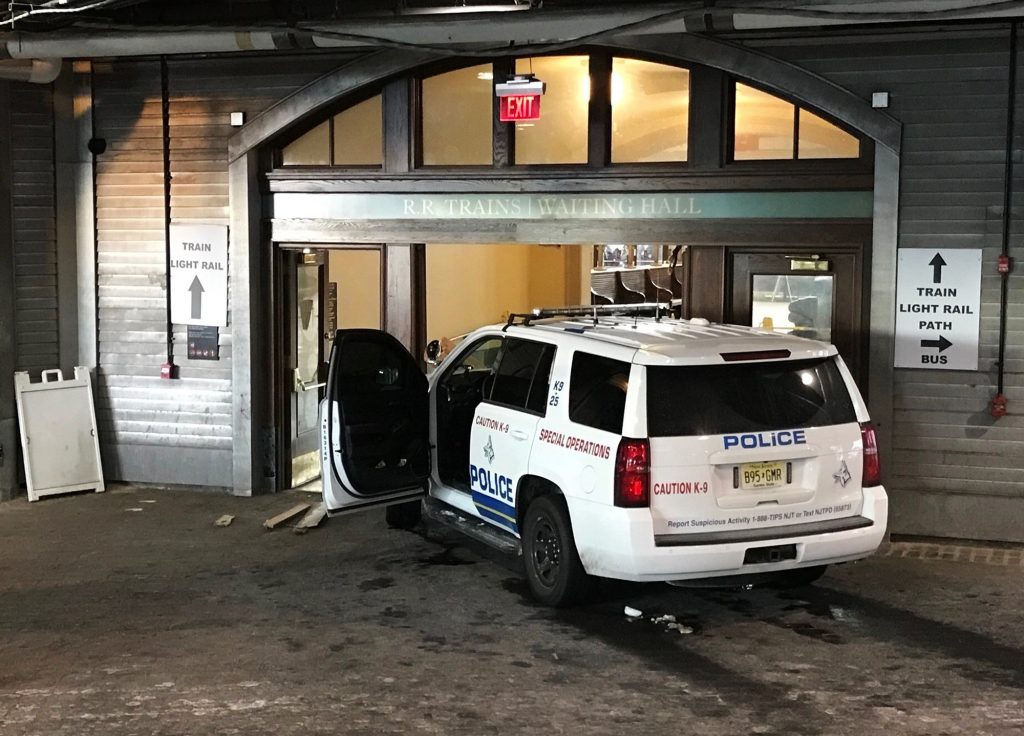 New Jersey Transit says a person jumped into a police SUV and drove it into the doors of the waiting room at the Hoboken rail terminal.

No injuries have been reported. The suspect was arrested, and that person’s name has not been released. NJ Transit spokeswoman Nancy Snyder says detectives are trying to determine the person’s intent.

Snyder says the crash, which took place at about 8 a.m. Monday, caused significant damage to the waiting room doors.

Train service was not affected, but the ticket windows have been closed and the on-board ticket purchasing surcharge has been waived.

A temporary waiting room and restroom have been made available.