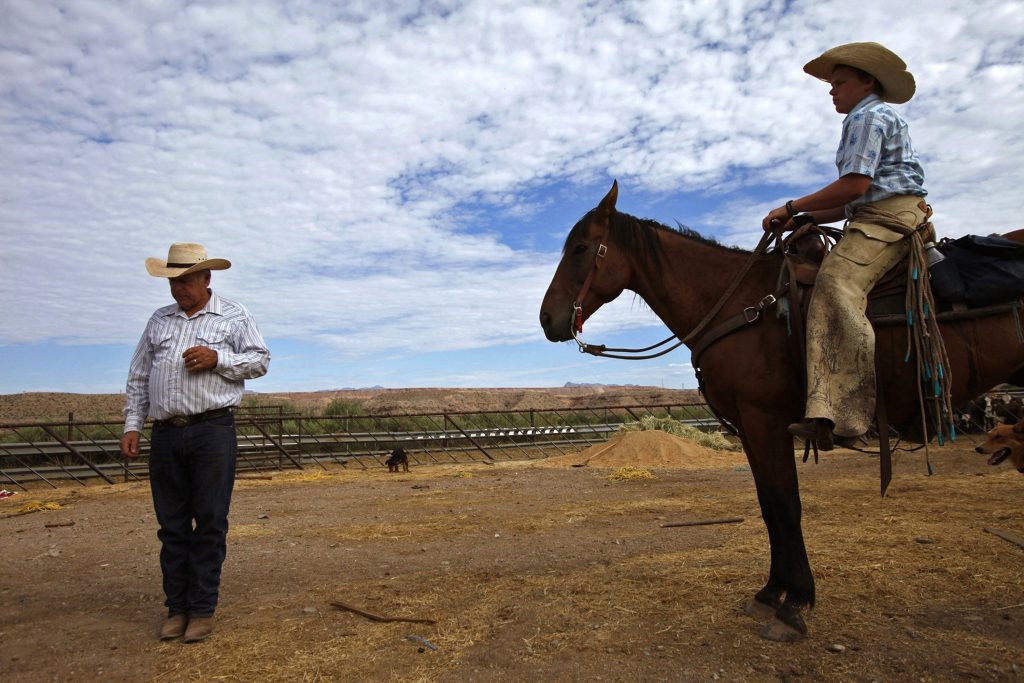 A federal judge ruled Monday that the federal government could not retry Cliven Bundy and his sons after rebuking prosecutors for withholding evidence during their felony trial stemming from an armed standoff four years ago.

U.S. District Court Judge Gloria Navarro declared a mistrial in the case last month, saying federal prosecutors willfully withheld evidence that lawyers for the Bundys and alleged co-conspirator Ryan Payne should have had access to while mounting their defense.

She said the attorneys were in violation of the Brady rule, which requires prosecutors to disclose evidence that could be favorable to a defendant, and told them it wasn’t possible to proceed with the case.

On Monday, she dismissed the case “with prejudice,” meaning the government cannot retry the defendants. “The court finds that the universal sense of justice has been violated,” Navarro said.

It was yet another defeat for the federal government at the hands of the Bundy family, who have managed to elude prosecution in high-profile trials centered around standoffs with law enforcement over access to public land.

Twice this year, Las Vegas juries acquitted or deadlocked on felony charges against Bundy supporters. Ammon Bundy, 42, and Ryan Bundy, 44, both beat federal felony charges in a case stemming from a 41-day standoff at an Oregon wildlife preserve two years ago.

In the most recent case, the prosecutors alleged Bundy and his sons riled up supporters after the federal government came to remove grazing cattle from U.S. Bureau of Land Management property outside Bunkerville, Nev., in 2014. The government said the Bundys’ incendiary language and actions led to the armed standoff outside the family’s ranch about an hour north of Las Vegas.

The four defendants were charged with threatening a federal officer, carrying and using a firearm and engaging in conspiracy — felony counts that could send them to prison for decades.

Despite the mistrial, federal prosecutors argued in a legal brief filed Dec. 29 that they didn’t willfully withhold evidence from the defense and they still planned to press ahead with another trial.

Assistant U.S. Attorney Steven Myhre wrote in his brief that the government shared 1.5 terabytes of information and noted it was “by far, the largest review and disclosure operation in this (U.S. attorney’s office) history.”

Myhre also argued the government needed to protect some witnesses from leaks that might lead to threats, so it “culled the database with witness protection in mind.”

“Unprecedented database volume and witness concerns aside, the government never let these obstacles stand in the way of diligently working to fulfill its discovery obligations,” he wrote.

But defense lawyers for Payne — Renee Valadares, Brenda Weksler and Ryan Norwood — argued in their Dec. 29 briefing seeking to dismiss the case that government “failed to accept responsibility for any of its failure to disclose evidence” and the withholding of evidence was “flagrant prosecutorial misconduct.”

“The government’s irresponsible and, at times, false proffers to this Court as well as its dismissiveness toward the defense inspires no confidence in the prospect of fairness,” they wrote. “A dismissal is necessary to remedy the constitutional violations, to preserve the integrity of this court’s processes, and to deter future misconduct. Anything short of a dismissal is tantamount to condoning the government’s behavior in this case.”

The case has fueled anger and mistrust among groups that view the federal government as overzealous and overreaching in using its power and authority to squash free speech and states’ rights.