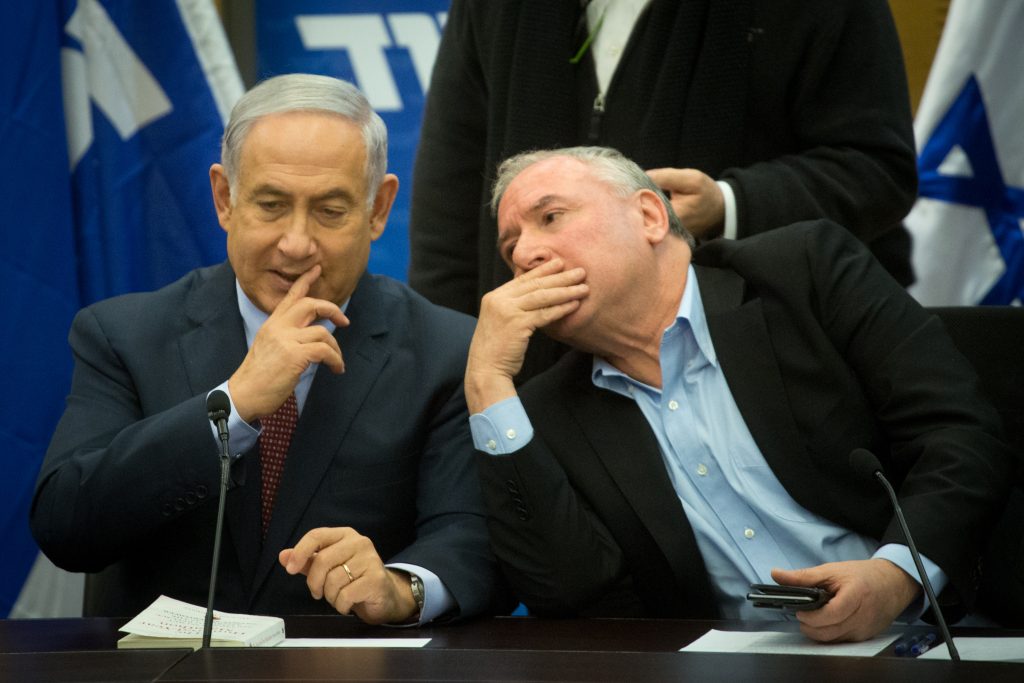 Israeli Prime Minister Binyamin Netanyahu said on Monday that the bill to curb minimarkets opening on Shabbos would be put to a vote on Tuesday, unless efforts to assemble a majority fall through.

Netanyahu, who was contending with a number of defiant MKs who say they will not vote for the bill, declared on Monday that “whoever votes against the minimarkets bill is in favor of toppling the government.” The comment, made during a closed-door Likud faction meeting, was leaked to the Israeli media.

A protracted debate was set for the Knesset plenum over Monday night, with voting expected on Tuesday morning. At last count, the coalition counted 59 MKs supporting the bill, and 58 opposed.

At the weekly Zionist Camp faction meeting, opposition whip Yoel Hasson said that they will set “the parameters of the debate, the length and the time of the vote.”

“We plan to use all the tools at our disposal,” he said.

Earlier on Monday, the coalition lost the vote of Jewish Home MK Moti Yogev, whose mother passed away, so he will be sitting shivah. Combined with five Yisrael Beytenu MKs voting against, as well as Likud MK Sharren Haskel and Kulanu MK Tali Ploskov, the margin of passage would be thin, at best.

The PM was hoping for an offset to maintain the majority, after an opposition MK was also reported unable to attend after his brother passed away, according to Ynet.

“It is my understanding we’re still waiting for an answer from the opposition about vote-offsetting for MKs Moti Yogev (Jewish Home) and Yossi Yonah (Zionist Camp) — and I want to express my condolences for the loss of their loved ones,” Netanyahu said at the Likud meeting.

MK Yehudah Glick (Likud), who was sitting shivah last week, and Religious Affairs Minister David Azoulay, who was in hospital, are expected to be present for voting.

Meanwhile, an Likud internal court quashed an attempt to eject MK Sharren Haskel from the party for her refusal to vote with coalition on the Shabbos bill.

Coalition chairman Dovid Amsalem, who had petitioned the court to expel Hashkel emerged more damaged than she did. During the hearing, Likud judges rebuked him for filing the petition, saying he had taken efforts to enforce party discipline too far.

“They placed Sharren in front of a firing squad,” said Judge Akiva Nof, according to Haaretz.

The court, however, urged Haskel to reevaluate her position on the so-called minimarkets bill, “in light of the circumstances and in order to maintain the Likud government.”