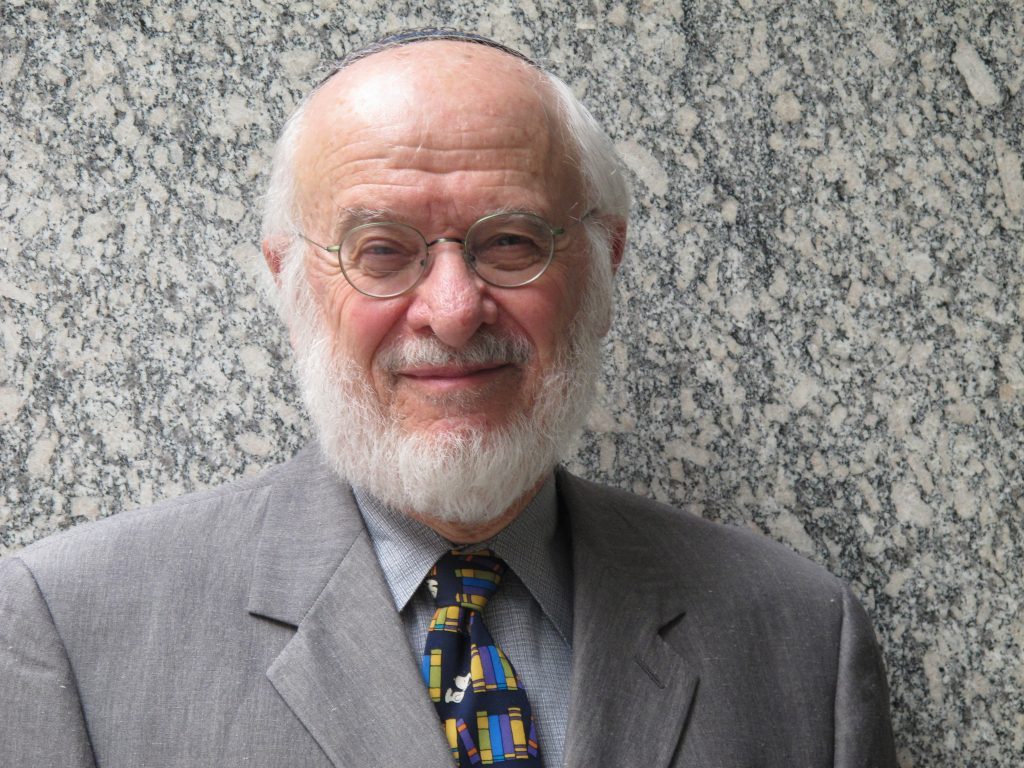 News of the release of Sholom Mordechai Rubashkin set off waves of euphoria throughout the Orthodox community that had long advocated for his freedom through both physical and spiritual means. Noted attorney Nathan Lewin, who dealt closely with the case in its early stages and argued Mr. Rubashkin’s appeal, said that the news made a “particularly happy” ending to this year’s Chanukah.

Hamodia spoke to Mr. Lewin to get his impressions of the news of Mr. Rubashkin’s release and to share some of his experiences and thoughts from his years of involvement in the case that he described as “the biggest outrage I’ve seen in a half century of practicing law in America.”

While the list of members of Congress and Department of Justice officials who petitioned the president was certainly an impressive showing of bi-partisan support for Mr. Rubashkin’s cause, it was hardly the first time that public officials had called for the case to be re-examined. Yet none of those appeals had ever yielded results. What do you think happened here?

A different president. The fact is that when President Obama campaigned in 2008 he attacked Rubashkin with outrageous statements about the initial immigration and child labor charges, saying that this plant owner has “kids in there wielding buzz saws and cleavers.” I was representing Agriprocessors since their issues with PETA started and I attacked Obama for what he said at the time.

The fact is that Obama knew nothing about the case, but attacked him — even though he was a constitutional law professor who knew about due process — because at the time it was politically expedient. I was very active in going to Congressmen after the conviction was affirmed to sign letters on Rubashkin’s behalf. Some of them were so moved by the case that they said they wanted to send their own letters instead of joining mine.

I got three former attorneys general — Michael Mukasey, Edwin Meese and Ramsey Clark — to all sign on his behalf. Letters with a lot of very impressive names came to [then Attorney General] Eric Holder, but, frankly, I didn’t think there was the slightest chance that a president who had already shown his hostility to Rubashkin would be willing to do anything.

President Trump took the time and thought to see the injustice here, and he was willing to face the criticism to right this wrong. He certainly deserves to be commended for that.

What has been most widely criticized since the conviction is the fact that Mr. Rubashkin was given a 27-year sentence for a white-collar first offense. Do you think that the facts of how the case was conducted also factored into the president’s decision?

I was not involved in this latest stage of petitioning the White House, so I cannot speak about what went on or what moved the president to commute the sentence. But it is important to emphasize that while the sentencing is what received the most attention and outrage, it was the very smallest point of the injustice in this case.

This was an outrage from beginning to end. Judge Reade, who tried the case and gave the 27-year sentence, had been involved in planning the raid on Agriprocessors, and not in a vague way. She was involved in orchestrating the arrest of the illegal immigrants that were working there, and yet she did not disclose her role to the defense lawyers and did not recuse herself from the case.

There was nothing fair about the way the prosecution was handled. The illegal workers who were arrested were held in custody and Judge Reade arranged to have lawyers briefed in advance and judges ready for an immediate trial. The lawyers were told that they should advise their clients to plead guilty to minor charges. They scared them into doing this by telling them that if they did not listen, they would get worse charges and get longer sentences and then be deported. The Supreme Court later ruled that the “worse charges” did not apply to what the workers did. To their credit, there were some lawyers they tapped who refused to participate in this charade.

All of this was done under the supervision of Judge Linda Reade. Emails that we got via a Freedom of Information request to the Immigration Services showed her meeting before the raid with the U.S. attorney. But she never disclosed any of this to the trial lawyers or recused herself from the proceedings.

What about the arrest that followed?

In decades of experience with “white collar” defendants, I can tell you that in every single case I have had, federal prosecutors tell me during the investigation that if they decide to charge my client, they’ll call me and say, “Bring in your client at such and such time and he can plead not guilty to the indictment.” That’s the way it’s always dealt with. The Iowa federal prosecutors were in frequent touch with Rubashkin’s lawyers and with me. Yet when they decided to make a formal charge, they sent marshals to bring Rubashkin in with handcuffs and arranged for photographers and news crews to be there so they could take pictures of Sholom Rubashkin with his long beard being arrested in handcuffs. Why? Because they wanted a dramatic story to tell, that they got the big bad “kosher meat guy.”

Then at the bail hearing, the magistrate accepted their argument that he shouldn’t be released because, since Rubashkin is Jewish, he’s a flight risk. He could run to Israel. At that point, every single Jewish organization, even the liberal ones who had lined up against him, all rose in protest. Even Linda Reade agreed that the bail denial had to be reversed.

What do you think motivated the state and the people involved to handle the case the way they did? Was it the animal rights issues that the whole thing started with, or the press that the immigration issues got, or something else?

PETA definitely said some very nasty things about both Rubashkin and me since I was the one representing him at the time. I was actually on the phone with him about some of the PETA issues as the immigration raid started. But I don’t think PETA was responsible for the way the prosecution went. I think what drove things was the personal ambitions of a group of prosecutors in Iowa who felt they had caught a big fish and decided that they could make their careers out of him. Linda Reade concealed her involvement with the raid so as to be able to try him. She was well known before this case as [judge] who loves to give long sentences.

What were your experiences during the appeal, which you argued personally?

The case was scheduled to be heard before the U.S. Court of Appeals for the 8th Circuit. Shortly before the oral argument date, the 8th Circuit announced that a federal district judge was invited to hear some other appeals in St. Louis with two of the three judges who were going to sit on the Rubashkin case. Was it a coincidence that the district judge was none other than Linda Reade?

Two of the judges in the appeal of the Rubashkin case had spent the previous afternoon and even that very morning sitting on the bench together with Judge Linda Reade. This seems to me a deliberate effort to get those judges to meet Reade and see what a nice person and what a good judge she was. Our allegations that she would conceal her involvement in the raid or commit other judicial errors were doomed.

I gave what I thought was one of my best oral arguments to the Court of Appeals. I had good, quick answers for every single question the judges asked, often citing a judge’s own words to reply to his or her questions. But they ruled against us.

What were your personal impressions of Mr. Rubashkin?

I can’t say that I ever got to know him very well. An appeals lawyer doesn’t have daily contact with a client. I have had clients that I would not necessarily be happy to be seen walking down the street with, but Sholom Mordechai is someone I was proud and happy to know and associate with.

Aside from his personal merits and his tzedakah, he performed a major service for the kosher community in the United States. He provided outstandingly produced and packaged kosher meat in Iowa that attracted buyers for supermarkets everywhere. Because of Rubashkin, you could find kosher meat all over the country — an enormous contribution. That was probably a feeling that moved so much of the Orthodox community to rally to his side.

Any closing thoughts on this long-awaited happy ending?

We have to give President Trump credit for this one. I am 100 percent sure that Obama, Hillary Clinton, or anyone else who would have been the inheritor of the Obama administration’s policies would not have taken this step. Donald Trump has taken a different view of the Jewish community and its issues. This follows the same lines as his decision to recognize Jerusalem as the capital of the State of Israel. He is willing to look at reality and do what is right regardless of the consequences.

This is long overdue. We can’t give Sholom Rubashkin the last eight years of his life back, but we are thrilled that this grave miscarriage of justice has at least been partially corrected.