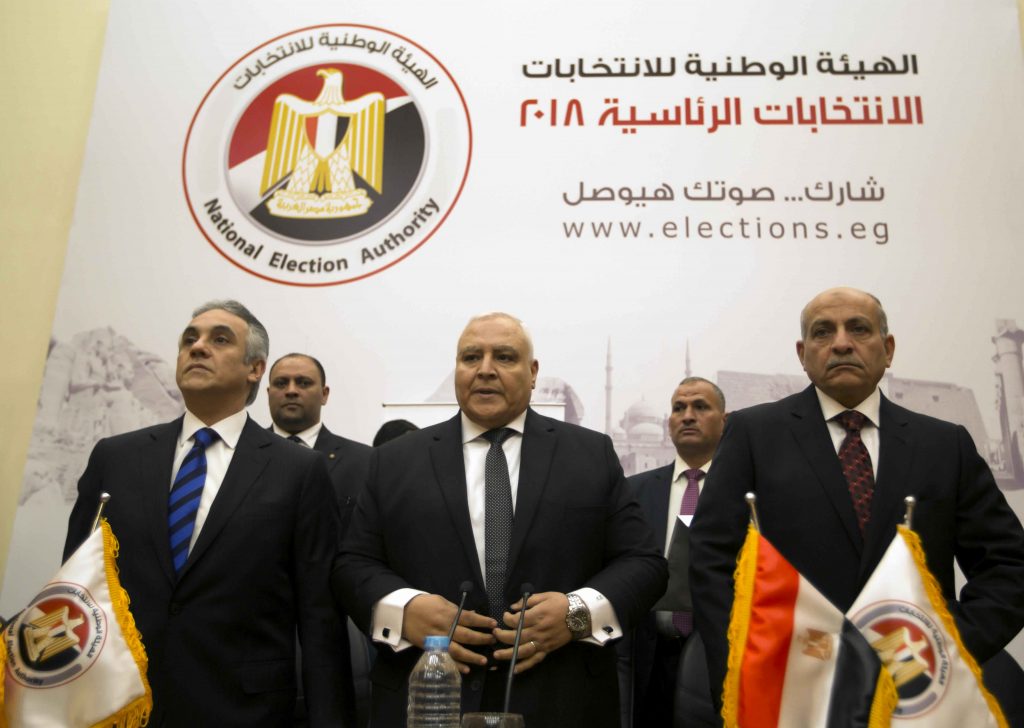 The chairman of Egypt’s election commission said Monday that the presidential election will be held March 26–28, with a runoff in April.

President Abdel-Fattah el-Sissi has yet to formally announce his bid for re-election, but is widely expected to run and win a second four-year term. Authorities have waged a wide-scale crackdown on dissent since el-Sissi, as defense minister, led the military overthrow of an elected but divisive Islamist president in 2013.

Lasheen Ibrahim, the chairman of the national election authority, announced the dates for the election. A runoff will be held April 24–26 if no candidate secures more than 50 percent of the vote. Egyptian expatriates will vote March 16–18 and April 19–21.

A prominent human rights activist, Khaled Ali, has said he would also run. Hanging over his bid, however, is a September conviction for allegedly making a gesture the day he won a court case in January against the government’s decision to transfer two strategic Red Sea islands to Saudi Arabia. Ali also received a suspended three-month jail sentence. He has appealed the conviction.

Army Col. Ahmed Konsowa, who also announced his intention to run, was sentenced to six years in prison by a military tribunal for violating a ban on political activism by active duty officers.

Ahmed Shafiq, who served as prime minister under autocrat Hosni Mubarak, who was ousted in the 2011 popular uprising, said Sunday he had decided against running after initially expressing interest.

In a statement posted on social media he said he wasn’t the “ideal person” to lead the nation at the present time.

A career air force officer, Shafiq narrowly lost to the Islamist Mohammed Morsi in the 2012 elections. Shortly after, he left for the United Arab Emirates where he lived in self-imposed exile until December, when he returned home.

He faced scathing criticism from pro-government media upon his return from the UAE.

Tens of thousands of people have been jailed since the army overthrew Morsi in 2013. The government has blocked hundreds of websites and has banned all unauthorized demonstrations. The Egyptian media is dominated by outlets that support the government.