World ANALYSIS: What to Expect From North-South Korean Talks
World 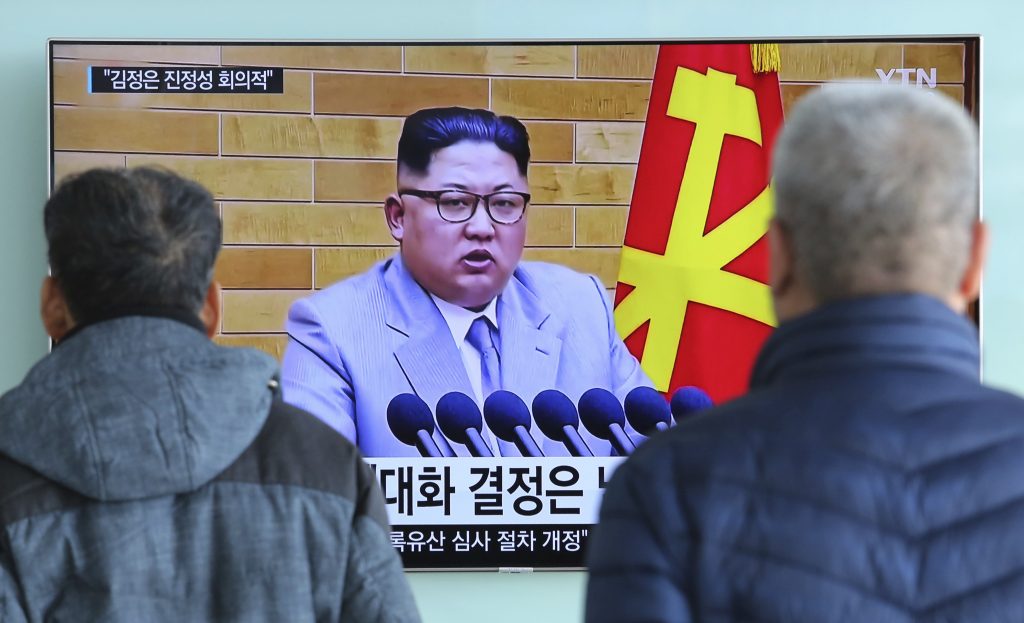 North Korea’s recent abrupt push to improve ties with South Korea wasn’t totally unexpected, as the country has a history of launching provocations and then pursuing dialogue with rivals Seoul and Washington in an attempt to win concessions.

Still, Tuesday’s planned talks between the Koreas, the first in about two years, have raised hopes of at least a temporary easing of tensions over North Korea’s recent nuclear and missile tests, which have ignited fears of a possible war.

A look at how the Korean talks were arranged and what to expect from them:

In a New Year’s Day speech, North Korea’s young leader, Kim Jong Un, said he was willing to send a delegation to next month’s Winter Olympics in South Korea, while also announcing he has a “nuclear button” on his desk that could launch an atomic bomb aimed at any location in the mainland United States.

President Donald Trump on Saturday called the talks “a big start,” saying he hopes for some progress from the negotiations. He earlier responded to Kim’s New Year’s Day address by warning that he has a much bigger and more powerful “nuclear button.”

South Korean officials say they will focus in the talks on Olympic cooperation before moving onto more difficult political and military issues.

Moon’s government wants North Korea to participate in the Olympics in Pyeongchang, South Korea, in February, in hopes of reducing animosities between the rivals, which are separated by the world’s most heavily fortified border.

Symbols of reduced animosity would receive widespread attention at Pyeongchang after a year of heightened nuclear tensions during which Kim and Trump traded threats of nuclear war and crude personal attacks.

While it is possible that the two Koreas will agree on the North’s participation in the Olympics, they are likely to differ sharply over other issues relating to how to improve ties.

Moon’s government wants to resume temporary reunions of families separated by war and work out measures to reduce threats in frontline areas. But North Korea could demand some rewards in exchange for those steps, such as the revival of stalled cooperation projects that are lucrative for the North or the suspensions of annual U.S.-South Korean military exercises that it calls a rehearsal for an invasion.

The drills’ suspension is something that South Korea cannot accept in consideration of its relations with the U.S., its main ally, which is seeking increased pressure and sanctions on the North.

The Trump administration has agreed to delay upcoming springtime drills with South Korea until after the Olympics. But Defense Secretary Jim Mattis has insisted the delay is a practical necessity to accommodate the Olympics, not a political gesture.

An agreement by South Korea to revive a jointly run industrial park or a tourism project could also draw criticism from abroad that it violates U.N. sanctions because they would result in South Korean money being sent to North Korea, critics say.

Analysts say tensions could flare again after the Olympics, with U.S. and South Korean troops carrying out their delayed drills, and North Korea likely responding with new weapons tests.

The North Korean delegation is headed by Ri Son Gwon, a hardliner who heads a government agency that handles relations with South Korea. Ri is known as a close associate of senior Workers’ Party official Kim Yong Chol, who Seoul officials believe was behind two attacks in 2010 that killed 50 South Koreans. South Korea is sending its top official on North Korea, Unification Minister Cho Myoung-gyon.