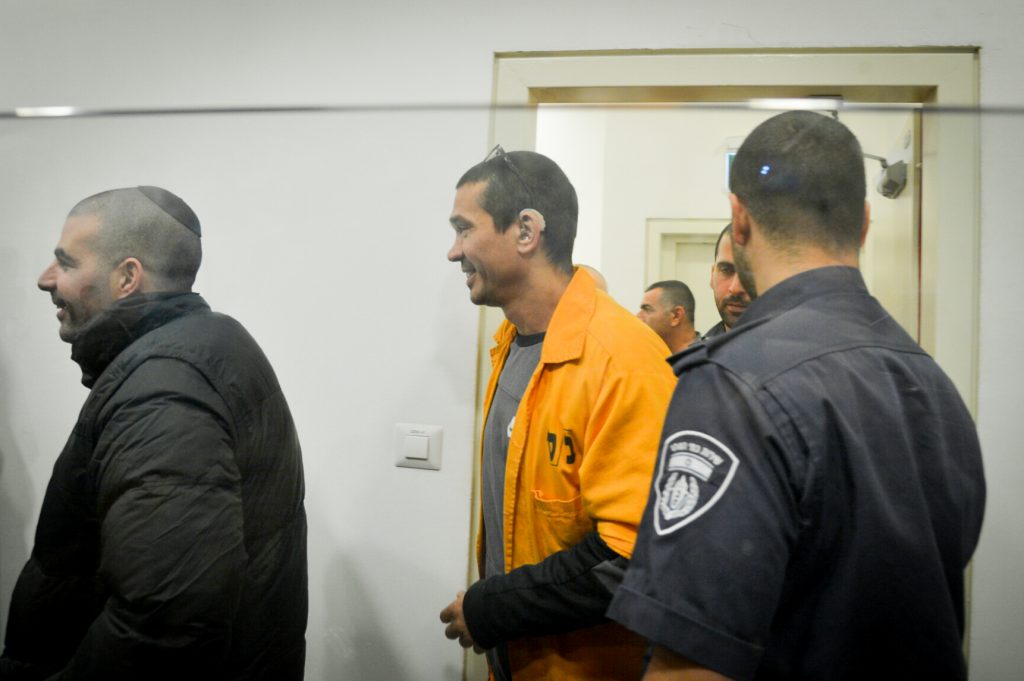 What many Israelis have long suspected is borne out by new police statistics published over the weekend by Yisrael Hayom: 80 percent of all property crimes in Israel are committed by Palestinian Authority Arabs who, despite the existence of the security fence, ongoing patrols, checkpoints and other security measures, apparently have little problem getting to Israeli cities, committing crimes, and dragging their haul back to the PA.

Property crimes include break-ins to homes, businesses and factories from where items are taken, as well as car theft. The breakdown of statistics is as follows: Of the cases the police were able to get leads on, the leads led to involvement of PA Arabs in 49 percent of car thefts, and 37 percent of home and business break-ins. In 47 percent of the cases where police were able to actually catch break-in perpetrators, the culprits were PA Arabs, as were 40 percent of the car thieves who were caught. There were no statistics provided about the number of Israeli Arabs involved in these crimes.

But those statistics reflect just the cases where police actually have a solid lead in the crime – which constitutes just 20 percent of all property crime cases. In 80 percent of cases, police had no leads and no idea where to start looking for criminals. Those cases were closed by police, listed as “cold cases” with “no criminal found.” Based on their experience, the report said, police attributed most of those crimes to PA Arabs, with evidence backing their contention in the form of a security system that records the passage of vehicles between Israel and PA-controlled areas. Over 2,000 vehicles that were stolen from Israelis were identified by the system as being driven into PA areas.

Most of those vehicles were never recovered, as they were taken directly to “chop shops” where they were taken apart, with parts supplied to other vehicles, or sold on a black market back to Israelis. Taken altogether, police said that a “very good educated guess” had PA Arabs responsible for some 80 percent of all property crimes.

The report quoted security officials as saying that PA Arabs feel free to commit crimes because they are pretty certain they will get away with them. Stolen goods are taken to PA cities like Shechem, Chevron and especially Kalkilya, which borders prosperous cities in the Sharon area – and which are under complete PA control, such that Israeli police have no jurisdiction there. If police do trace a criminal’s location to one of those cities, they must coordinate with the IDF to enter the city and arrest the culprit – and in most cases police do not bother to follow up, as the victim will have been compensated by insurance, with authorities often reluctant to “pick a fight” with PA Arabs in their cities over stolen cars and the like. Many of the crimes are committed by illegal Arab workers, who are familiar with back-road routes into and out of PA areas, and are able to easily commit crimes after their day jobs are over.

To deal with the problem, Public Security Minister Gilad Erdan and Israel Police Chief Roni Alshich plan on increasing resources at the borders of the security fence, and to pass new laws to better coordinate between the police and IDF. “There is no police force in the world that has to deal with the challenges we have to deal with,” Erdan told the newspaper. “We have a unique problem that requires a unique solution. We will do everything possible to strengthen police, especially in Yehudah and Shomron, in order to catch these Palestinian criminal gangs.”