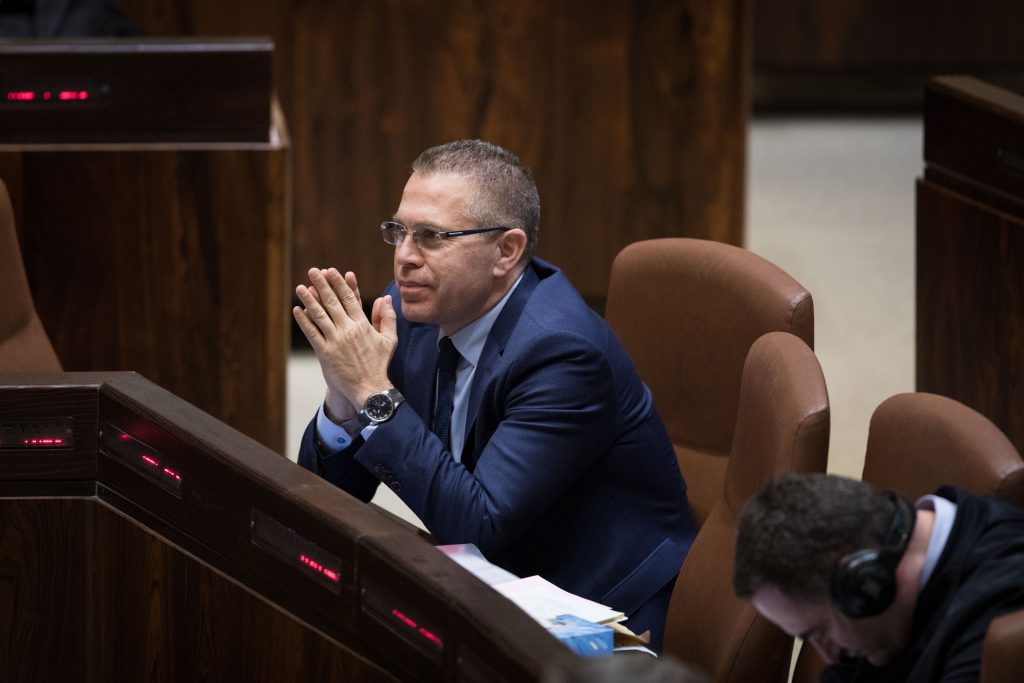 Declaring a “switch from defense to offense,” the Ministry of Strategic Affairs on Sunday published a list of 20 international pro-BDS organizations to be banned from the country for their calls to boycott Israel.

“The boycott organizations need to know that the state of Israel will act to stop them and prevent their representatives from entering the country to harm its citizens,” Minister of Public Security and Strategic Affairs Gilad Erdan said in a statement.

The ministry said that the list names the primary BDS groups, “who consistently and continuously act against the State of Israel by pressuring groups, institutions and states to boycott Israel. The groups’ activities are carried out via a campaign of falsehood and incitement, whose goal is to undermine Israel’s legitimacy around the world.”

Interior Minister Rabbi Aryeh Deri, who is responsible for regulating entry into the country, said:

“As the minister in charge of the Israel Entry Law, I made it perfectly clear that I would use my authority to prevent individuals and representatives of groups whose sole purpose is to harm Israel and its security, from entering its borders. These people are trying to take advantage of the law and our hospitality in order to act against and defame Israel,” he said.
Rebecca Vilkomerson, executive director of JVP (Jewish Voice for Peace), issued a statement saying the ban was “disconcerting but not surprising, given the further erosion of democratic norms and rising anxiety about the power of BDS as a tool to demand freedom.”