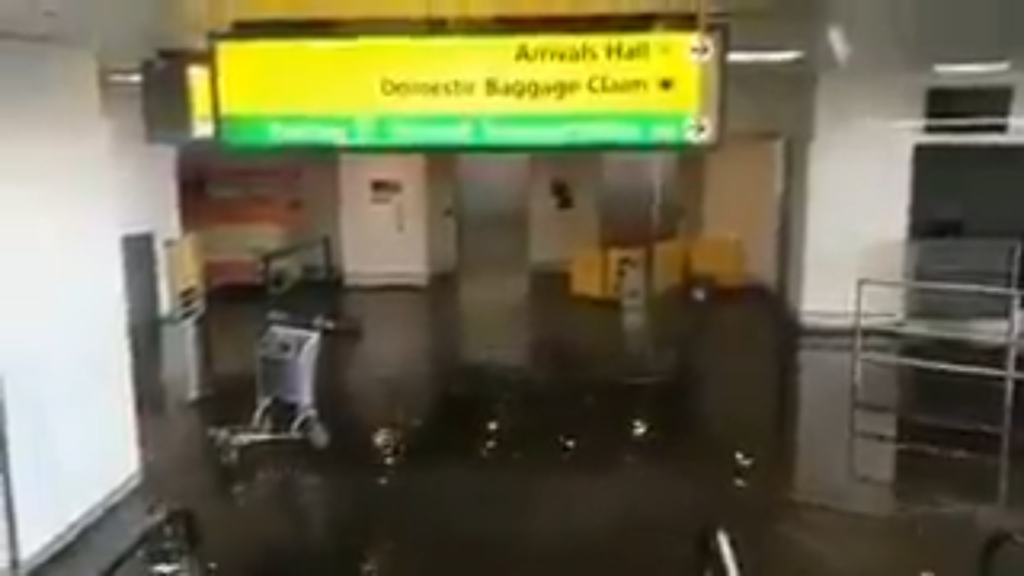 A water main break at New York’s Kennedy Airport is adding more delays to the storm-related aftermath the already beleaguered airport is working to recover from.

The Port Authority of New York and New Jersey says international arrivals to Terminal 4 have been suspended, with passengers who have already arrived being taken to other terminals for processing. Departures were not impacted.

It was unclear what caused the water problem, which sent about 3 inches of water into the terminal’s west end.

The airport was experiencing arrival delays of up to two and a half hours.

In the aftermath of the storm, passengers were kept on planes and waited hours to retrieve luggage as flights were delayed and cancelled, and a backup to get to terminal gates built up.