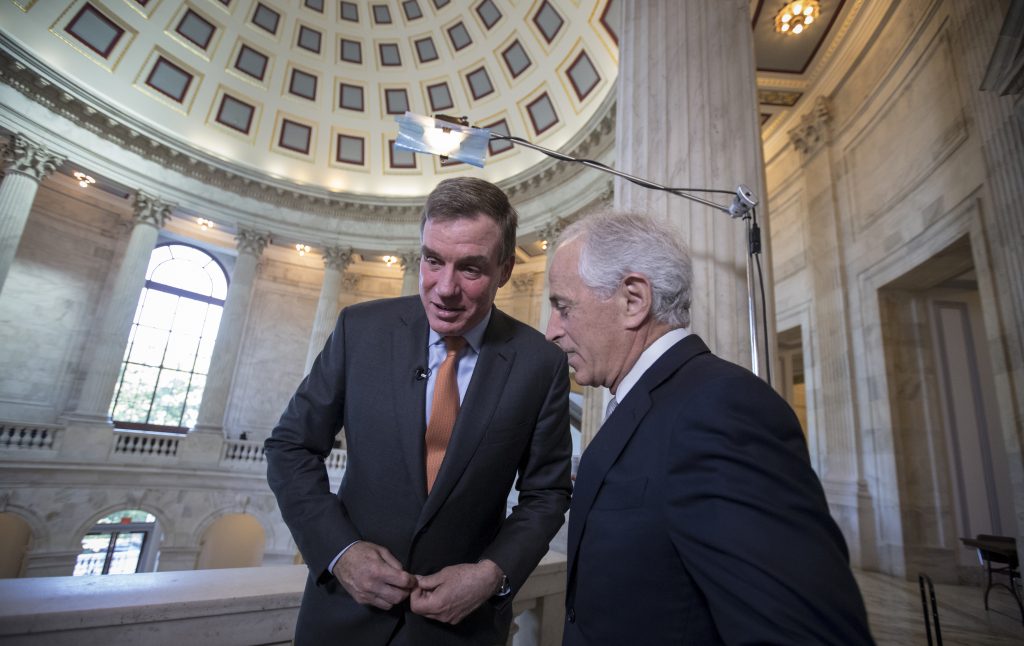 They’ve lost in court. They’ve been rebuffed by government agencies. Now, the fates of hedge funds and other investors in mortgage-finance giants Fannie Mae and Freddie Mac could lie with an old adversary: Congress.

Whether shareholders make a killing or get wiped out might hinge on a yet-to-be written provision of a draft Senate bill that marks lawmakers’ latest attempt to overhaul Fannie and Freddie, which have been wards of the state for almost a decade.

The section currently reads “open pending further discussion,” said people familiar with the matter. It’s meant to deal with the bailout agreements that rescued the companies during the depths of the 2008 financial crisis, including addressing the fact that the Treasury Department owns almost $200 billion in senior preferred stock.

If the government relinquishes all or a portion of that money, profits could flow to investors who’ve sunk billions of dollars into Fannie and Freddie, including some of the biggest names in finance such as John Paulson, Bruce Berkowitz and Blackstone Group.

In 2014, the last time senators tried to pass legislation, lawmakers said shareholders would likely be left with nothing.

This time things could be different. The authors of the latest bill, Tennessee Republican Bob Corker and Virginia Democrat Mark Warner, are considering a proposal that could make investors in preferred shares whole or close to it, while owners of common shares could fare worse, said people familiar with the lawmakers’ thinking who asked not to be named because the legislation is still being drafted.

The people said whether and how shareholders get compensated in the transition to the new system is still an open question. And some political analysts have said it will be difficult to pass any housing-finance bill in 2018 given that it’s an election year. Such an effort would likely require 60 votes in the Senate and lawmakers are distracted by other issues such as funding the government.

What happens to Fannie and Freddie isn’t just important to hedge funds, but also critical to the U.S. housing market. The companies guarantee nearly $5 trillion in mortgage bonds, which keeps borrowing costs low and helps make home loans readily available. They’ve been under government control since 2008, and determining what to do with them is perhaps the biggest remaining overhang from the financial crisis.

The draft proposal being worked on in the Senate technically kills Fannie and Freddie, even as it preserves their core operations of buying mortgages from lenders and securitizing them, the people said.

The Federal Housing Finance Agency, which controls Fannie and Freddie, would direct the companies to sell or transfer their assets and then put them in receivership, the people said.

In a receivership, funds are available to common shareholders only after covering more senior claims, such as the FHFA’s expenses as a receiver, the government’s securities and preferred shareholders.

Corker and Warner’s plan would form successor companies to Fannie and Freddie that would raise new capital and be freed from government control once new competitors entered the mortgage-finance market. The lawmakers would also repeal the old firms’ federal charters and forbid future entities from calling themselves Fannie Mae or Freddie Mac, a ritual sacrifice that could appease hard-line Republicans who’ve long wanted the companies eviscerated.

Chris Gamaitoni and Isaac Boltansky, analysts for Compass Point Research & Trading, said they continue to believe that “persistent policy and political headwinds” put the odds of the current Congress passing legislation at about 10 percent.

“But the evolution of the conversation on Capitol Hill is critical as it will shape the next iteration of the reform conversation,” they wrote in a Thursday research note.

Acrimony between investors and the government has built over the past several years, particularly after the Obama administration revised the terms of their bailout agreements in 2012.

Initially, the companies had to pay a 10 percent dividend to the Treasury. But more than five years ago, the government altered that arrangement to sweep nearly all of the companies’ profits. The Treasury Department at the time said the change would hasten their wind-down and help conserve Fannie and Freddie’s remaining bailout funds.

Fairholme, Perry Capital and other investors sued Treasury and the FHFA, arguing that they were entitled to some of the companies’ profits. Some investors, including Paulson, also worked with public relations and lobbying firms to press their cases to politicians on Capitol Hill.

When senators, including Corker and Warner, attempted to pass a bill to wind down and replace Fannie and Freddie in 2013 and 2014, the investors stepped up their campaign. The 60-Plus Association, which said it was advocating on behalf of pensions and retirees, bought ads in key senators’ states, equating the bill to “Obamacare” for mortgages. Corker became one of the shareholders’ top targets after saying at the time that any legislation would probably leave investors with nothing.

A bill passed the Senate Banking Committee in May 2014, but never received a floor vote. Still, the investors’ campaign didn’t end. Some shareholders hired private investigators to dig up dirt on their perceived enemies. Others funded payments to advocacy groups, college professors and nominally independent experts in exchange for publicly supporting their cause in opinion columns.

In the meantime, while investors have received documents through discovery that they said bolstered their lawsuits, every court to rule so far has dismissed their cases. FHFA Director Mel Watt, whose term ends in 2019, has also rebuffed calls to release Fannie and Freddie from government control.

Treasury Secretary Steven Mnuchin and his deputies have said they want this year to work on bipartisan legislation to end Fannie and Freddie’s bailouts, putting the ball back in Congress’ court. Corker is strongly motivated to get a bill passed in 2018 because he doesn’t plan to seek re-election in November.

Hedge-fund firm Akanthos Capital Management bought Fannie and Freddie preferred shares years ago for pennies on the dollar and has held on through lawmakers’ earlier efforts to wind down the companies and the lawsuit setbacks, said Chief Executive Officer Michael Kao. Kao said he thinks the Trump administration and Congress won’t likely wipe out his shares.