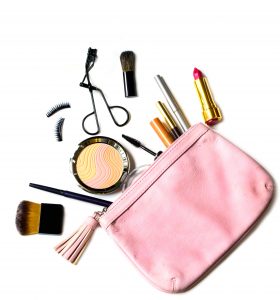 Claire’s said it’ll still honor returns from customers feeling uneasy about any of the nine products it took off shelves in reaction to a Dec. 22 news report by WJAR-TV in Providence, R.I. The report said the Rhode Island law firm’s operations director, Kristi Warner, sent some of her daughter’s makeup for testing and it tested positive for tremolite asbestos, which is linked to mesothelioma, a type of cancer.

The Deaton Law Firm specializes in legal issues surrounding mesothelioma and asbestos-related diseases, according to its website.

“In some of our cases, that has included cosmetic products,” Warner wrote in an email. “Without my work experience, I don’t think it would have ever crossed my mind that my daughter’s play makeup could have asbestos in it. It was important to me that other parents be aware of the hazard.”

The firm said it collected 17 samples of Claire’s makeup from nine states and sent them to North Carolina’s Scientific Analytical Institute for testing. Sean Fitzgerald, SAI’s director of research and legal services, told the TV reporters that all of the samples tested positive for tremolite asbestos.

Warner said Claire’s clean claims are misleading because the company didn’t test any of the 17 samples, and didn’t ask for them. Claire’s asked for the test results and the law firm provided them, Warner said.

Claire sent an email disputing Fitzgerald’s “findings and testing methods” and referring to the Deaton Law Firm as a “personal injury law firm.”

“We only learned of the claims after they went to the press,” Claire’s statement read. “We have made multiple requests for Mr. Fitzgerald’s detailed test data, but it has not been provided to us. Mr. Fitzgerald also went to the press in July with claims that testing of cosmetics from Justice (another girls’ retailer) showed evidence of asbestos, which Justice refuted after analysis of a third-party testing lab.”

Actually, Raleigh, N.C., station WTVD reports that reporters took several samples of children’s makeup to SAI an hour away in Greensboro. Their curiosity: What’s in the makeup that’s not among the listed ingredients? One answer from Fitzgerald: tremolite asbestos in Justice’s Just Shine Shimmer Powder.

Justice told the station it would pull the product until it could find out more. Like Claire’s, it said independent testing showed no asbestos.