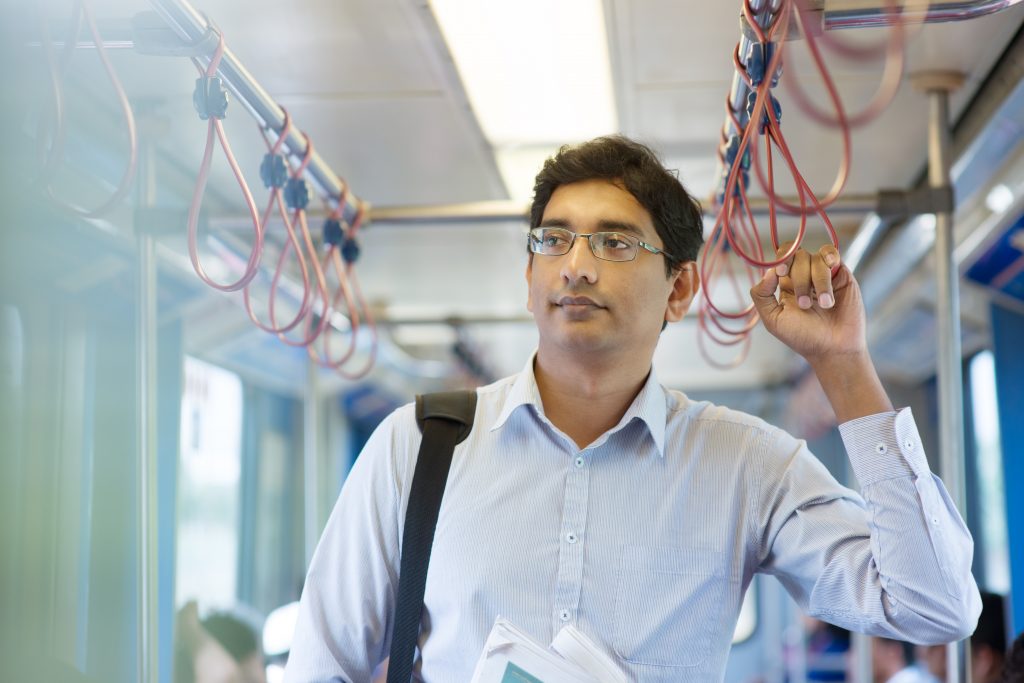 For every tax provision, there’s a loophole, or so it’s said, anyway. And public transit advocates are worried that a seemingly minor change included in the new federal tax law could push employers to seek workarounds that would have a long-term effect on commuter benefits for people who use public transportation.

Of concern is a provision in the Tax Cuts and Jobs Act that eliminates tax write-offs for employers who subsidize the cost of their employees’ parking or transit passes, as many as a third of employers in urban hubs such as Washington.

The change won’t affect people who use pretax dollars to pay monthly parking or transit costs, the most popular form of commuter benefits offered by U.S. employers. In fact, those commuter benefits are increasing slightly. The maximum amount of pretax income that can be used each month for commuting expenses increased to $260 this year from $255 in 2017.

But at companies where the employer covers part or all of their employees’ commuting costs, those subsidies are no longer considered a tax-deductible business expense.

Lawmakers say they advocated for the change because standard corporate tax rates are dropping dramatically, to 21 percent from 35 percent, under the new tax law. With so much cash freed up, they argue, employers have more freedom to provide benefits and perks that would be most valuable to their employees.

But transit advocates worry that the change could lead employers to recoup some of the money they were previously able to deduct by finding an alternative, and tax-deductible, method to pay for the benefit under the umbrella of their property lease, a workaround that some say has been recommended by tax attorneys.

Here’s how it would work: Employers who rent office space and also separately pay to provide parking for employees could try to “bundle” those expenses. They could, in theory, negotiate a two-in-one agreement, in which the cost of providing parking would be embedded as part of their lease, a tax-deductible expense.

“It would be a way for an employer to provide a benefit and still be able to wrap it into their office lease, since it’s an office expense that is deductible,” said Cheryl Cort, policy director at the Coalition for Smarter Growth.

The workaround would be good only for parking, not public transit subsidies. Although it’s still a win for workers in that it allows employers to offer a perk, transit advocates say it will encourage more people to drive.

It’s even more of a concern in dense cities, where the cost of parking can be exorbitant, a valuable perk for employees but expensive to subsidize.

Transit advocates fear that over the long term, the provision will worsen the disparity between transit and parking benefits, with employers opting more toward parking subsidies than those for transit.

For years, transit advocates have complained that federal tax law rewards those who choose to drive to work and fails to incentivize using public transit. Through the 1990s and much of the 2000s, the tax-free limit for monthly parking fees was much higher than its transit pass equivalent.

That’s why some cities and states have enacted their own legislation to tip the scales away from parking credits and toward transit. In 2014, the District of Columbia Council, for example, enacted a law that requires all District businesses with more than 20 employees to offer a way for workers to pay for public transit costs with pretax wages. The council is considering legislation that would require businesses that offer free or subsidized parking for employees to offer the cash equivalent of that parking to employees who choose to use transit, walk or bike.

“There have always been ways that the federal tax code had encouraged subsidized parking as a commuter benefit. Over time, we’ve struggled to get some parity, but we’ve never reached parity,” Cort said.

Others, however, say advocates are being alarmist. It’s also unclear whether the workaround is even allowable.

“It’s a question that the IRS will definitely have to look into,” said Jason Pavluchuk, policy director at the Association for Commuter Transportation. “If employers start to look for workarounds, I think the IRS will start to come down pretty harshly against that.”

Another possible outcome of the new tax law, experts said, is that more employers will consider ditching their transportation subsidies altogether, opting instead to enroll their employees in pretax commuter pass programs.

“I don’t think they’re going to stop providing transit or parking benefits tomorrow, but they’re certainly going to rethink them in the future,” Cort said.

But Pavluchuk said he has spoken to several national employers known for their robust transportation benefit packages, and they don’t expect to change them, despite the fact that they will no longer be able to use the tax deduction.

“They don’t do it for the write-off. They do it for the employee recruitment and retention. And they do it because it helps not to have to figure out parking,” he said.

If that happens, it could have an opposite effect on commuting habits: In midsize, car-dependent cities, employers that ditch their commuter subsidies are more likely to eliminate parking subsidies and instead get workers to sign up for transit passes.

Still, they question whether the elimination of the corporate tax write-off will be enough to get a large number of companies to change their policies.

“If employers are looking to improve their bottom line, transit benefits are not going to be the first place they look,” said Jody Dietel, chief compliance officer at WageWorks, a company that administers pretax benefits like parking and transit passes.

“In a lot of places, commuter benefits have become like health benefits, it’s a given,” she added. “Employers will say, ‘No way am I going to get rid of those benefits that are so valued by my employees.”