Regional At 290 Murders, 2017 Was NYC’s Safest Year Ever
Regional 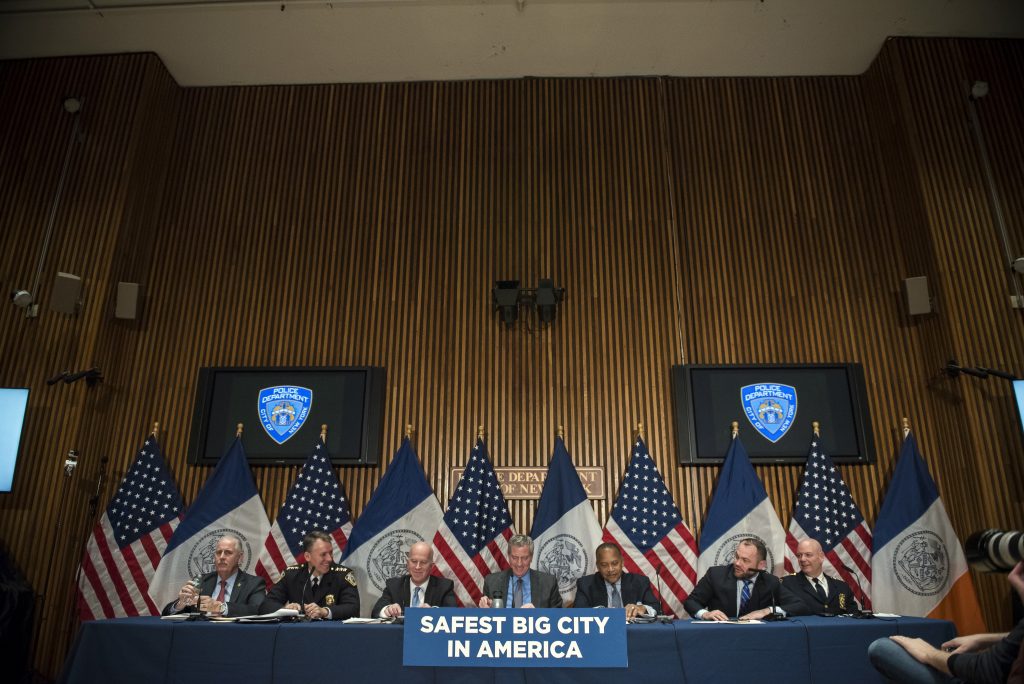 New York City had 290 murders last year, the fewest on record since comparable record-keeping began in 1951, when the subway fare was a dime and Harry Truman was president.

“In terms of crime reduction in New York City, 2017 will go down in history as the safest year we’ve seen in nearly seven decades,” Police Commissioner James O’Neill said at a press conference at One Police Plaza Friday. “That span covers three generations of New Yorkers, some of whom believe that more 2,000 murders a year was not only a price of doing business in New York City but it might be normal and that nothing could be done about.”

Police say the decline in crime is due in part to focusing more on larger takedowns and less on smaller infractions, and a shift to focus on community-based policing in the city’s precincts.

“New York is not the violent nightmare we once read about. It’s our home and we’re willing to fight for it,” O’Neill said.

Crime was down in most categories except for assaults on females, of which there were 1,446, four more than in 2016.

Officials said they would spend 2018 trying to push crime down even lower.

“We can do better,” said Chief Dermot Shea, head of crime control strategies.