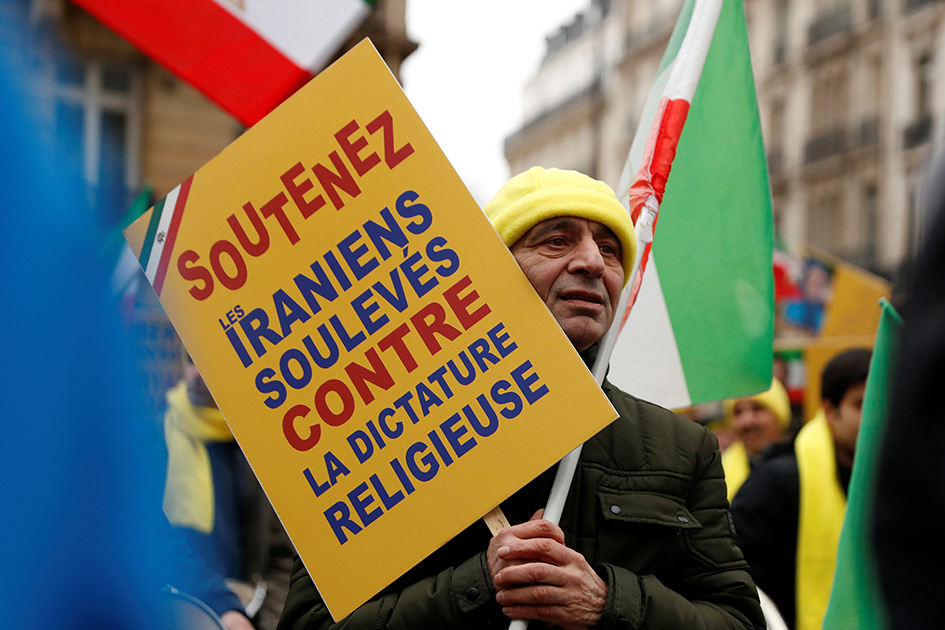 The state broadcaster showed pro-government rallies in several cities, starting with Amol, in the northern province of Mazandaram, with hundreds of people waving the Iranian flag and chanting slogans against the U.S. and Israel.

State media described the rally as a “response to rioters and supporters of the riots.”

Other pro-government demonstrations were held in Shahin Dezh, in West Azarbaijan province bordering Turkey; the city of Semnan, in the northern Semnan province; and Shadegan, in the southern Khouzestan province near Iraq.

The rallies are meant to be a show of force against anti-government protests that broke out in Mashhad, Iran’s second largest city, on Dec. 28 and have since spread to several other cities and towns. The protests were sparked by a hike in food prices amid soaring unemployment. Some demonstrators have called for the government’s overthrow.

At least 21 people have been killed and hundreds have been arrested. Large pro-government rallies have been held in response, and officials have blamed the anti-government unrest on foreign meddling.

Lawmaker Mahmoud Sadeghi said that around 90 university students — 58 of them in the capital Tehran — have been detained since protests broke out, the semi-official ILNA news agency reported Saturday. Sadeghi said the whereabouts and circumstances of around 10 of those students is unclear, meaning it’s not known which security body arrested them, where they are being held or what charges they face.

Some of those detained, he said, had not participated in protests and for unclear reasons were arrested at home.

The U.S. called the U.N. meeting on Friday, portraying the protests as a human rights issue that could spill over into an international problem.

U.S. Ambassador to the U.N. Nikki Haley said the emergency session put Iran on notice that “the world will be watching” its actions.

Foreign Minister Mohammad Javad Zarif wrote on Twitter after the session that the Security Council “rebuffed the U.S.’ … attempt to hijack its mandate.”

He said the majority emphasized the need to fully implement the 2015 nuclear deal and to refrain from interfering in the affairs of other countries. “Another FP [foreign policy] blunder for the Trump administration,” he wrote.

Russia portrayed the Security Council meeting as a U.S. attempt to violate Iran’s sovereignty. Envoys from several other countries, from China to newcomer Equatorial Guinea, expressed reservations about whether the council was the right forum for the issue.