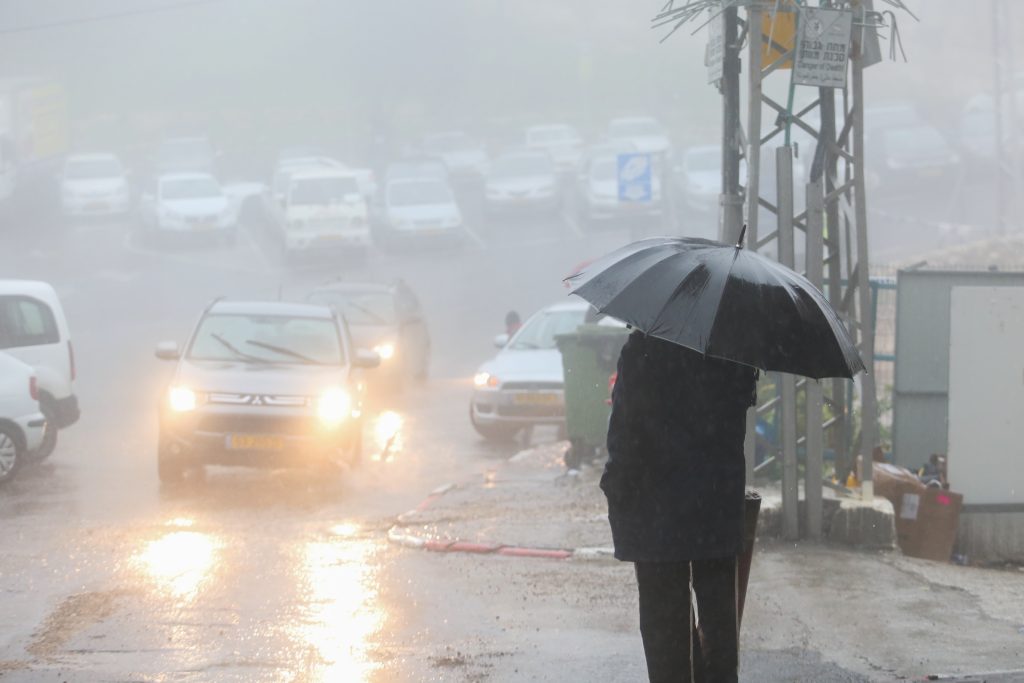 The “big storm” is behind Israel, but the effects of the gishmei brachah will hopefully be felt throughout the winter and spring months. After a wild and wet weekend, the Water Authority said that the Kinneret had risen 7 centimeters (3 inches) since Wednesday. Since January 1st, the lake has risen 8 centimeters. The Kinneret is currently 5.48 meters below its maximum level. On average, the lake rises 30 centimeters in January.

The lake’s level is set to rise even more in the coming days, as streams that had been anemic at best roared with new force. Nachal Hadera, which flows from northern Shomron to the coastal city, recorded its strongest flow in five years. Other streams that flow into the area of the Kinneret also showed significantly greater strength. That included streams in southern Israel, where Road 90, which traverses north-south between the Jordan Valley and Eilat, was closed for an extended period Friday afternoon and evening due to flooding. On Shabbos morning, the storm dipped south, reaching the area of Be’er Sheva, causing flooding in several streams in that area.

Firefighters said that a total of seven people who got stuck due to floods were extricated, while 28 fires due to malfunctioning heaters and other electrical appliances were doused. There were 17 weather-related traffic accidents reported, and there were 109 instances where firefighters helped remove fallen trees and signs. Firefighters also successfully extricated several home gas canisters that were buried under a wall that collapsed in the Bayit Vegan neighborhood of Yerushalayim.