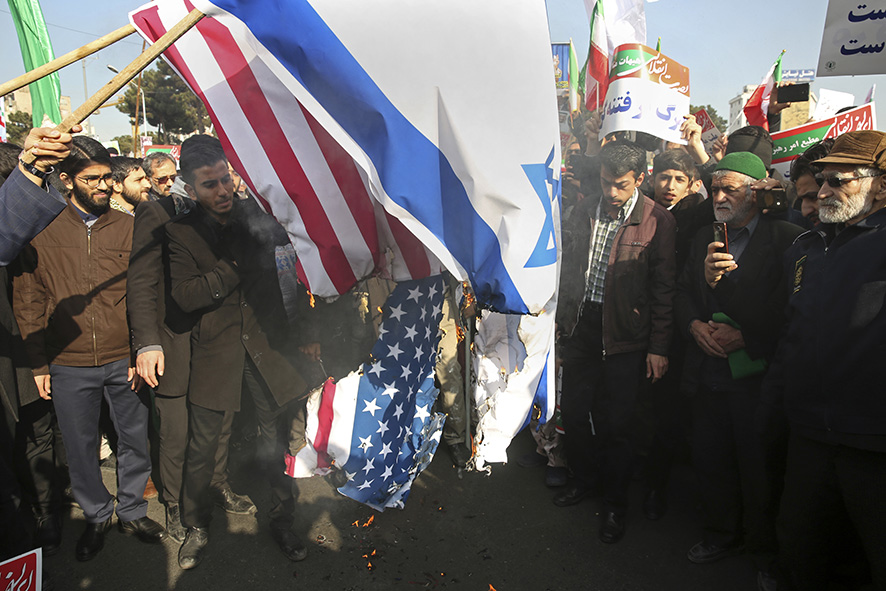 In Tehran on Friday morning, streets appeared calm ahead of noon prayers. Hard-line cleric Ahmad Khatami was scheduled to preside over prayers. Iran already has seen two-straight days of pro-government rallies across the country.

On Thursday, Interior Minister Abdolreza Rahmani Fazli said about 42,000 people at most took part in the week of protests, saying they went on as long as they did because of the “leniency, restraint, tolerance and interaction” of the government. He did not elaborate.

Fazli’s comments marked the first government estimate of participation in the protests and appeared timed so authorities could contrast it against the mass crowds brought together for the pro-government demonstrations.

Meanwhile in New York, an emergency meeting of the U.N. Security Council, called for by the United States, was to discuss the ongoing unrest later Friday.

With Council members divided in their views of the demonstrations that have roiled the Islamic Republic, it’s not yet clear how the discussion will take shape or what might come out of it.

At least 21 people have been killed in the unrest surrounding the protests, which began last week over rising food prices and Iran’s flagging economy before spreading to cities across nearly all of Iran’s provinces. Authorities have described the protests as waning.

Iran on Thursday directly blamed a CIA official for the protests. The Trump administration has denied having any hand in the protests, and the CIA declined to comment.