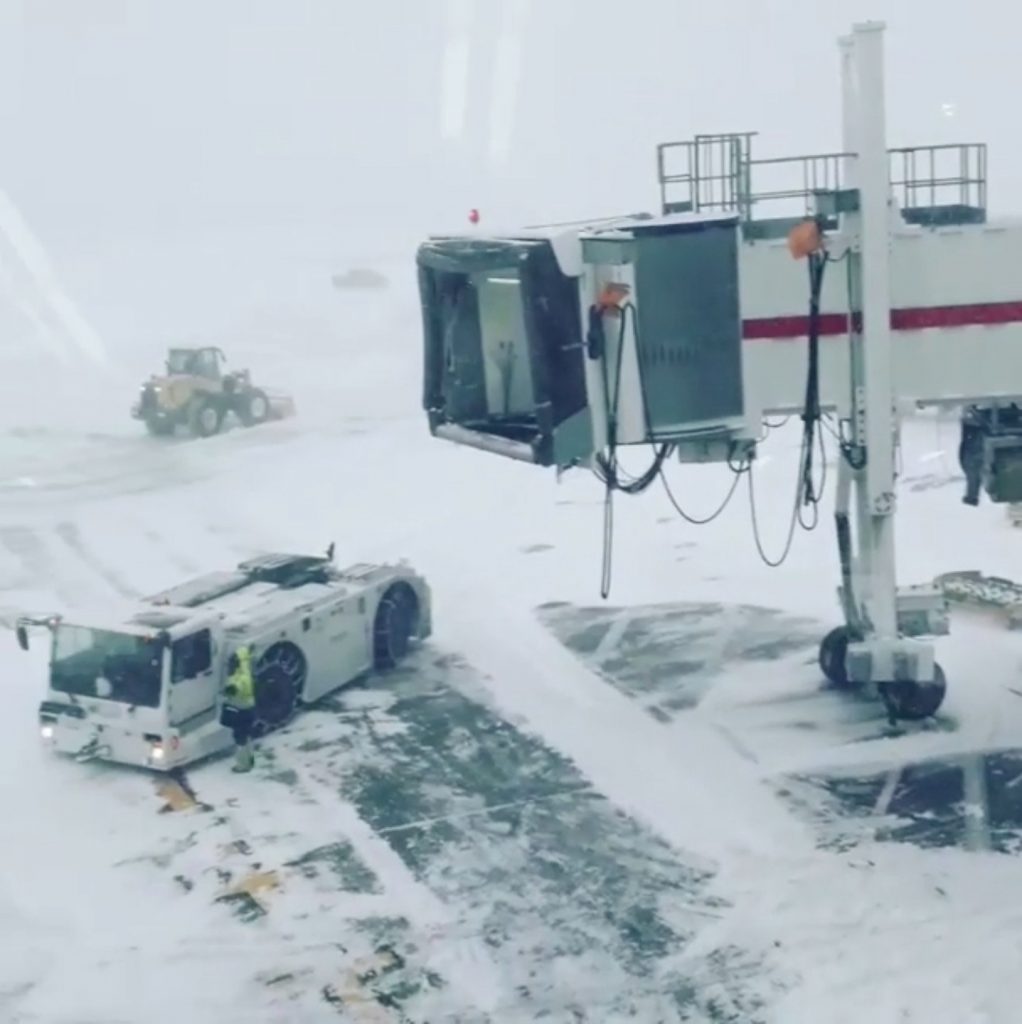 A day after a massive winter storm slammed the East Coast with heavy snow, hurricane-force winds and coastal flooding, residents are bracing for a deep freeze.

Forecasters predict that record-breaking cold air and strong winds will set people’s teeth chattering like castanets from the mid-Atlantic to New England on Friday and that the frigid weather will hang around through the weekend.

The arctic blast could make temperatures feel as low as minus 15 degrees Fahrenheit (-26 C.) from Philly to Beantown on Friday and make residents of states like Maryland and Virginia shiver from temps ranging from 10 degrees to 15 degrees F. (-12 to -9 C). Coastal areas in the Northeast, Hurley said, may experience numbing single digits.

The storm began two days ago in the Gulf of Mexico and first struck the Florida Panhandle. By Thursday it was wreaking havoc as blizzard warnings and states of emergency went into effect along the Eastern Seaboard. Wind gusts hit more than 70 mph (112 kmh) in places and some areas saw as much as 18 inches (almost 47 cm) of snow.

The storm caused school and business closings, airline and rail service cancellations or reductions and thousands of utilities outages, many of them restored quickly. Some ferry services even had to be shut down along the Canadian coast.

In the South, the winter weather forced portable toilets to be put in place outside Mississippi’s Capitol after pipes burst and it caused iguanas to become sluggish and topple from trees in South Florida. Residents of southeast Georgia were treated to a rare half-foot (15 cm) of snow.

In New England, the powerful winds brought coastal flooding that reached historic levels in some communities with icy water overflowing piers, streets and restaurants and stranding some people who had to be rescued.

Four people were killed in North Carolina and South Carolina after their vehicles ran off snow-covered roads, authorities said. Another fatality was reported near Philadelphia when a car could not stop at the bottom of a steep, snow-covered hill and slammed into a commuter train. A passenger in the vehicle was killed. No one on the train was hurt.

Hurley said some of the most painfully cold weather is still to come.

In northern New England, temperatures will be below zero (F.) this weekend. The high in Burlington, Vermont, on Saturday may only be minus 5 degrees (F.; -25 C.), he said.

With the wind chill, it could feel as cold as 30 degrees below in those areas, a dangerous level that could potentially lead to frostbite exposure, warned Carl Erickson, an AccuWeather meteorologist based in State College, Pennsylvania.

The South won’t be spared, either. Louisiana, Mississippi, Alabama and Georgia can expect temperatures around 15 degrees to 20 degrees F. (-9 C. to -6C.), Hurley said. Northern Florida will be in the 20s to low 30s.

Sunday morning should bring the coldest temperatures from Portland, Maine, to Washington, D.C. “That’s when you’ll see records being challenged or broken, with temperatures at or near zero  (F.) in many places,” Hurley said.

More seasonable weather is expected to return early next week with temperatures in the high 30s and near 40s (-1 C, to 4.5 C.), he said. For some, it will feel downright balmy.