Business Dow 30K? As a Milestone Falls, Trump Talks Up a New One
Business 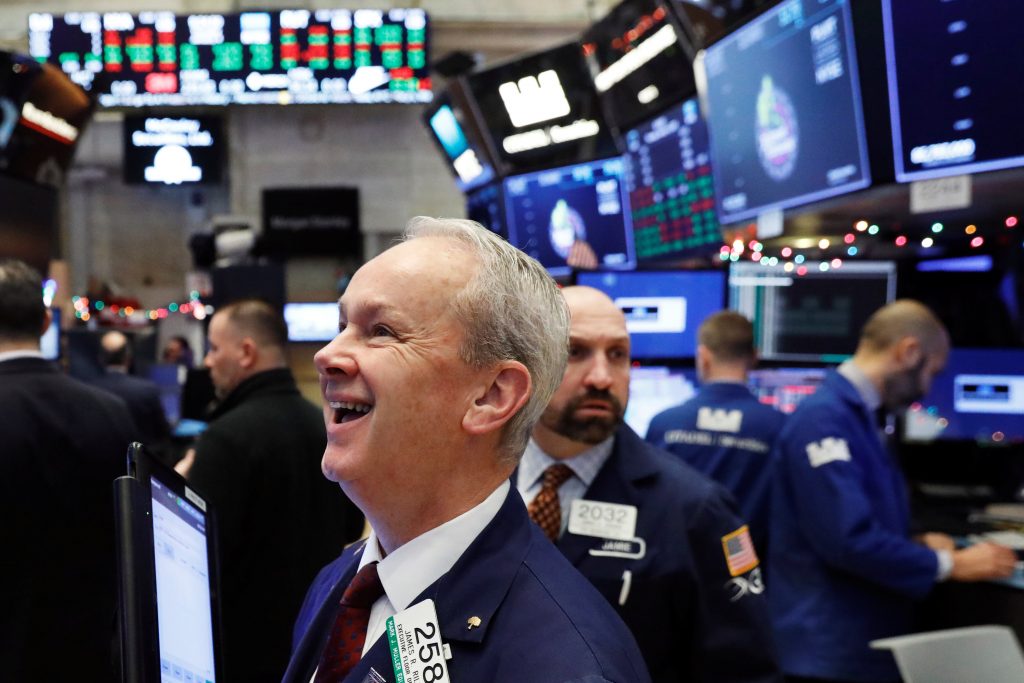 Not long after the Dow Jones industrial average passed 25,000 points, President Donald Trump had already turned his eye to another milestone.

For the Dow to hit 30,000, it would need to rise another 20 percent. Trump didn’t give a time frame for the Dow to reach that target, but few on Wall Street expect stocks to climb that much anytime soon.

Most professional investors pay little attention to the Dow, which looks at just 30 stocks. They more often follow Standard & Poor’s 500 index, which offers a more comprehensive look at the market. But the two indexes often follow the same patterns.

Strategists at Credit Suisse think the S&P 500 will end the year at 3,000, which would be a roughly 10-percent gain from Thursday’s close. At the Wells Fargo Investment Institute, they’re expecting a final level of 2,800 to 2,900. At the low end, that would be a gain of less than 3 percent.

Chris Zaccarelli, chief investment officer at Independent Advisor Alliance, said in an email that he expects the Dow to hit 30,000 before the current bull market, now in its ninth year, runs its course, but he thinks it will be a bumpier ride.

“We are going to have a lot more turbulence between now and that next large round number,” he said.

Stock prices usually follow the trend of corporate profits over the long term, but lately they’ve been rising more quickly than earnings.

Last year the S&P 500 jumped 19.4 percent, but S&P Global Markets Intelligence estimates earnings per share for S&P 500 companies rose about 10 percent. Partly for that reason, some experts are concerned that stocks have become unusually expensive.

Even with the tax cuts that were just signed into law, few on Wall Street expect earnings to rise 20 percent this year. On average, analysts surveyed by FactSet thinks S&P 500 company profits will rise less than 12 percent in 2018.

Meanwhile Wall Street is watching for the potential of inflation ripping higher, which would lead banks to raise interest rates. Central banks are scaling back their efforts to prop up the global economy, which have helped keep the market placid recently.