Community Shuls and Yeshivos in Crown Heights Carry On
Community 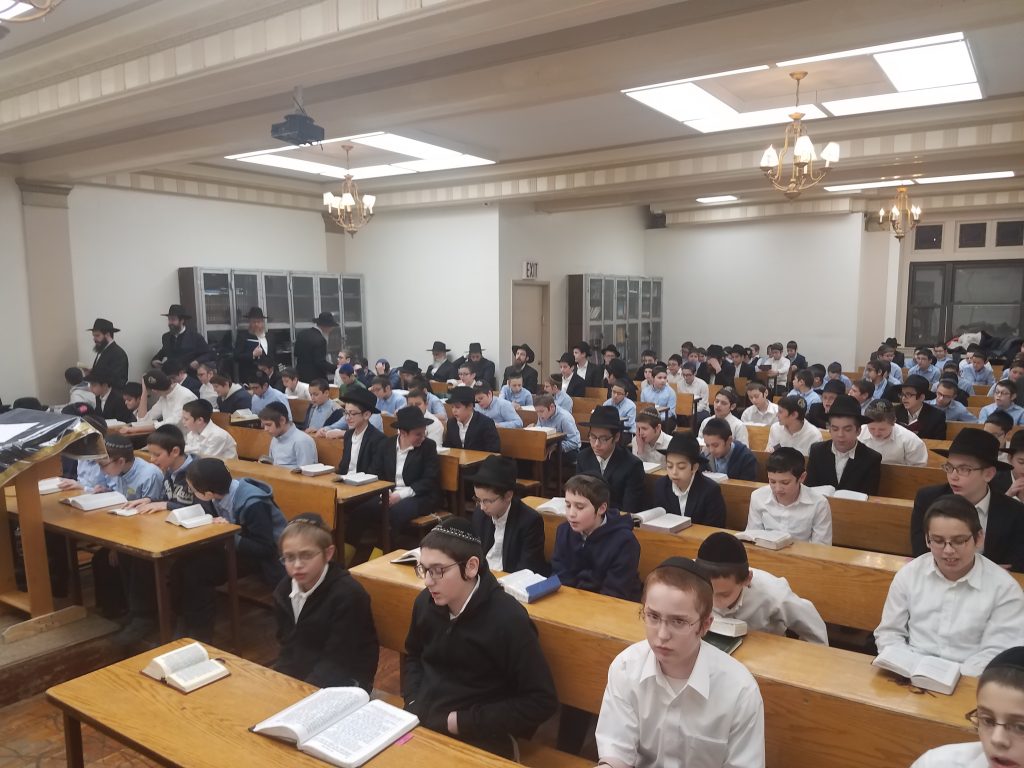 The Brooklyn neighborhood of Crown Heights was also impacted by the snowfall and poor conditions afflicting the rest of New York. But according to Reb Yosef Yitzchak Kratz, who manages the neighborhood’s central shul known colloquially as ‘770,’ far from diminishing foot traffic within the ‘minyan factory’ and beis medrash, the snowstorm and the affected transportation meant that the shul was filled with locals who davened and learned at their leisure, without the usual pressure of hurrying to work.

Rabbi Chaim Yisroel Wilhelm, principal of the eighth grade division in Oholei Torah’s elementary school, which is the largest local yeshivah, told Hamodia that the school prided itself on its storm preparedness plan; parents were notified yesterday that should the city determine that public schools remain open and, by extension, regular bus transportation be operational, the yeshivah schedule would remain unchanged, but if public schools were closed, the older boys should walk their younger brothers to school for a truncated 9-1 yeshivah schedule.

Rabbi Yehoshua Lustig, principal of Oholei Torah’s fifth-seventh grade division, stressed that the yeshivah’s approach is informed by a decades’ old motto that the Oholei Torah never closes its doors, no matter the conditions, and that’s the message that was emphasized to the talmidim and parents. At the same time, the yeshivah understands that many talmidim who live in the outermost reaches of the fast-expanding Crown Heights community, not to mention about 15% of the student body who commute from communities and cities further yonder, will and should not attempt to brave the elements to attempt a treacherous trip which is beyond a close walk.

When the city in fact announced late Wednesday evening that public schools would in fact be closing Thursday, Oholei Torah sent a notification to the parents that the snow plan was in effect.

Rabbi Wilhelm was satisfied to note that some classes were close to full and that the Rebbeim were able to give a regular shiur to those in attendance. Rabbi Lustig says that the boys who came were welcomed with hot cocoa and were made to feel lucky that they had made the effort to come learn on a ‘snow day.’ The talmidim davened when they arrived, ate a regular breakfast, the Rebbeim made an effort that classes should pack in real learning, and dismissal followed Minchah.

All in all, Rabbi Lustig estimates that attendance in the older grades was a satisfactory 65%.