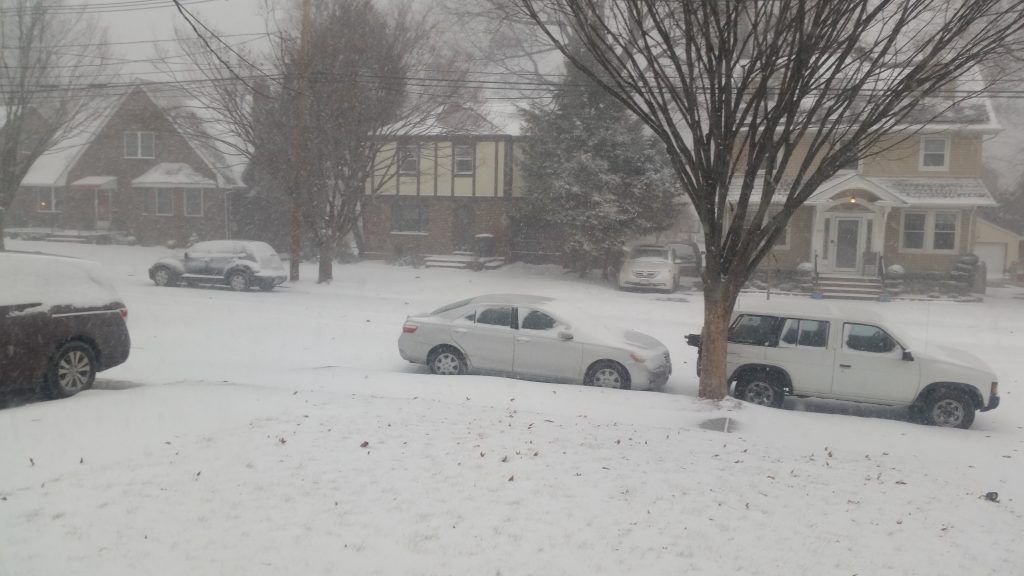 As a massive winter storm bore down on much of the northeast, the Jewish community of Passaic found itself weathering the elements together with the rest of the region.

Nevertheless, residents were making the best of the “snow day.”

“Life goes on. Usually on these types of days, the battei midrashim are full, since some people have off and can stay in shul and learn,” Passaic resident Moshe Zahler told Hamodia.

As in most other locations throughout the state of New Jersey, all local schools were closed. As many of the mechanchim who work in the community come from other locations — such as Monsey, Lakewood and Brooklyn — major road closures even outside Passaic make it difficult for local mosdos to function at full capacity during periods of adverse weather. Some local rebbeim made their way to cheder for a voluntary learning program with students who were able to make the cold, snowy trek.

Mr. Zahler, who is a member of Hatzolah, said that his organization had warned residents to stay off the roads until the snow stops and they could be fully cleared. Hatzolah itself made its usual pre-storm preparations on Wednesday night, including making sure that ambulances were prepared to respond as needed, even down unplowed side streets.

“We’re telling people to stay in,” he said. “They can’t properly plow until it stops falling. The wind keeps whipping things up and blowing the snow right back into the streets.”

Ben Rothke, a computer security architect who lives in the neighboring town of Clifton, spend Thursday working from home, as his Manhattan office had excused employees outside of New York City from making the treacherous journey.

“A lot can be done remotely and companies know that, so there’s really no reason not to do things that way on a day like this,” he told Hamodia.

Major roads in his area were largely passable, said Mr. Rothke, while smaller ones varied from street to street.

“There’s a certain amount of mazel involved in which streets they get to when, but you have to be reasonable, there are a lot of little streets and only so many vehicles to go around… It’s a bad storm, but people are resilient. You just have to be a little patient, sometimes.”