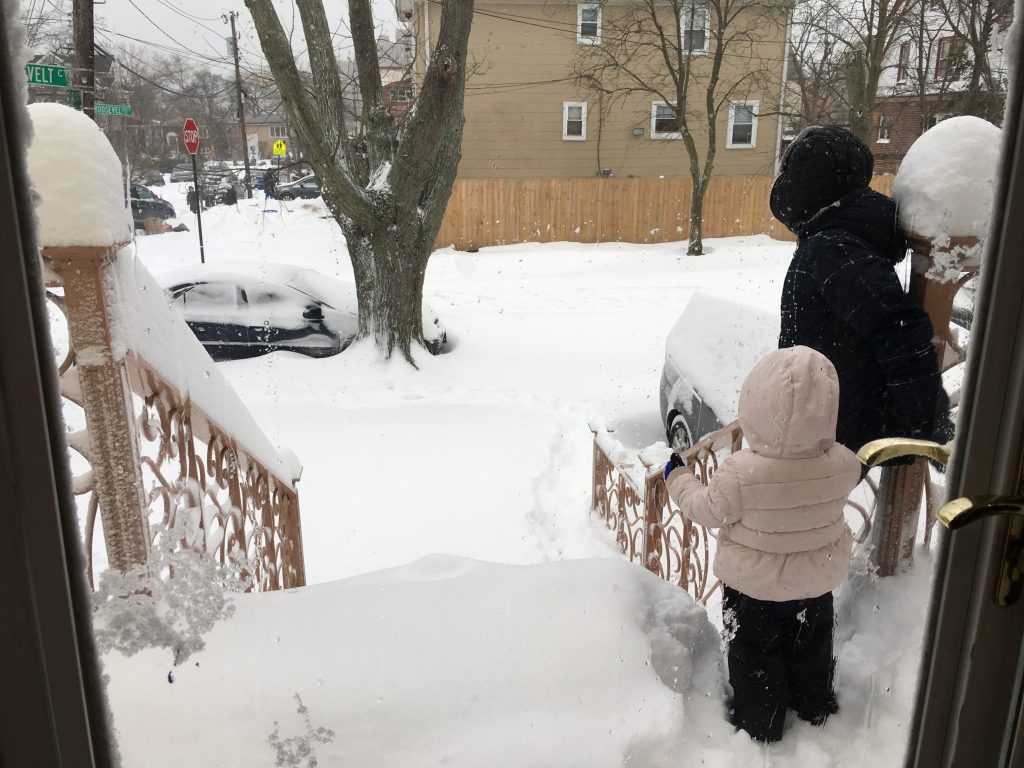 As the storm bearing the ominous and dramatic name “bomb cyclone” blew its way through the Northeast on Thursday, the communities of the Five Towns and Far Rockaway found themselves battling the same heavy snow and fierce winds as the rest of the region.

The area’s largest mosad, Yeshivah Darchei Torah, announced at 5 a.m. — when the snow was still relatively light but the forecast predicted increasingly adverse conditions — that nursery school through high school would be closed.

“I can assure you these decisions are made with as much information as possible, and purely on the basis of safety,” Rabbi Moshe Benoliel, Director of Communications for the yeshivah, told Hamodia. “On snow days, Rebbeim that can set up little programs for the classes do what they can, and I know that some held conference calls with their talmidim.”

Despite the closure, the yeshivah’s beis medrash division and kollel were in full swing.

“There’s a tremendous kol Torah in the beis medrash,” said Rabbi Benoliel. “The beis medrash bachurim dorm here and the kollel yungeleit do what they have to, to make their way here.”

One mother of several Darchei Torah talmidim, who lives in Far Rockaway, told Hamodia that, as on other snow days, it was a challenge to keep her children occupied, especially amid her efforts to prepare for a large group of guests scheduled to visit for Shabbos. Yet, judging by the view from her home, it was clear that getting kids to school would not have been a safe option.

“There are city buses getting stuck on main streets; nothing is really passable,” she said.

None of the area’s other many Jewish schools were open either, due to the heavy storm.

A Woodmere mother, whose children attend Yeshivah Ketanah of Long Island and Shulamis School for Girls, had an additional challenge: Her husband’s flight from Florida, where he had traveled for business, had been canceled, leaving her to manage the snow day on her own.

“The kids are doing projects and we’re trying to keep them busy,” she told Hamodia. “On top of everything, it happens to be my birthday, but at least my mother came by last night to drop off a cake.”