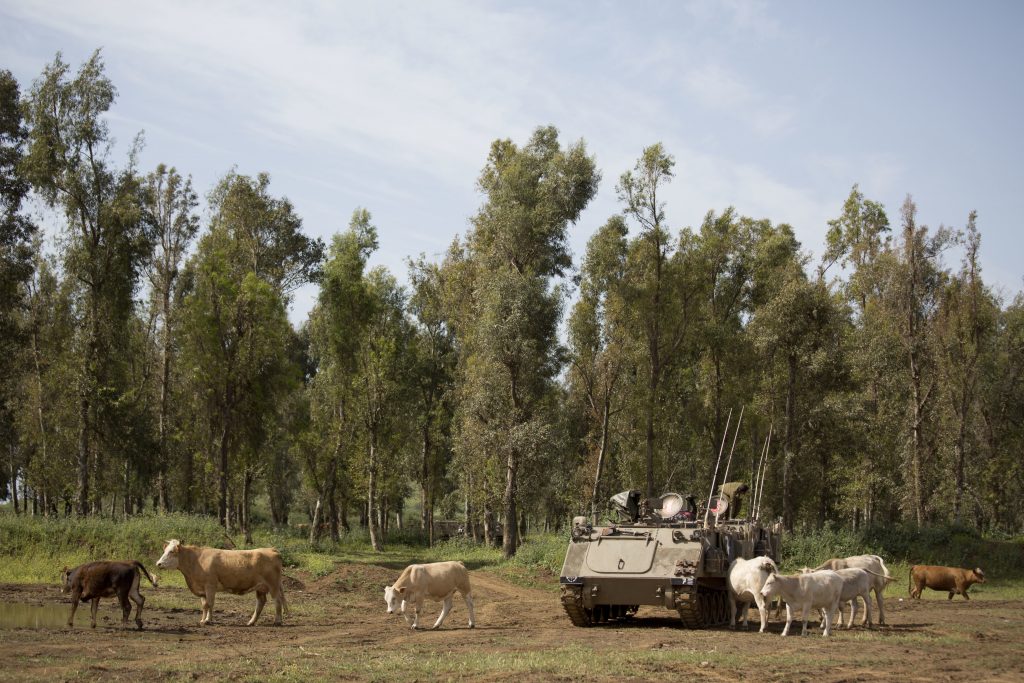 Eighteen IDF soldiers serving on the Golan Heights were hospitalized Wednesday out of fear that they came into contact with a dog infected with rabies. The soldiers were given anti-rabies vaccine and released. The inoculations were given after the dog was found dead, and officers expressed fear that the dog had been infected, as several other dogs in area have been found to be infected in recent weeks. The dog was later examined and found not to be carrying the disease.

On Tuesday, five dogs in the Golan and northern Galilee were found to be carrying the disease, and health officials said that over the past three months, some 65 dogs have been found with rabies. In addition, five wolves with rabies have been rounded up as well. According to doctors at Ziv Hospital in Tzfas, the number of rabies victims they have treated in recent months has risen, and they have been stocking up on vaccine.

Local authorities have called for more action by the Agriculture Ministry and other relevant agencies to stem the ongoing infections, which they believe originate in the wild animals in the region. In response, the Ministry said that it would begin setting out poison traps for wolves, which are the most likely wild animals to be carrying the disease.

The traps will contain food that is laced with poison, and the animals will be captured once they are subdued. If they are found not to be carrying the disease, they will be nursed back to health and released back in the wild. The Ministry hopes to be able to drastically reduce the number of infected animals. The Ministry said it was preparing a plan that would balance the need to eliminate the rabid wolves, while not harming the animals, and ensuring that people are not harmed by the poison as well. Until now, the main method of eliminating rabid wolves has been by shooting them.

The poison would be administered by the Parks and Nature Authority, which has said that it opposes poisoning the animals. In a statement, the Authority said that “widespread poisoning is expensive, and the benefits are not in line with the costs. It is not necessary now, and it is not clear if it will be necessary in the future.”