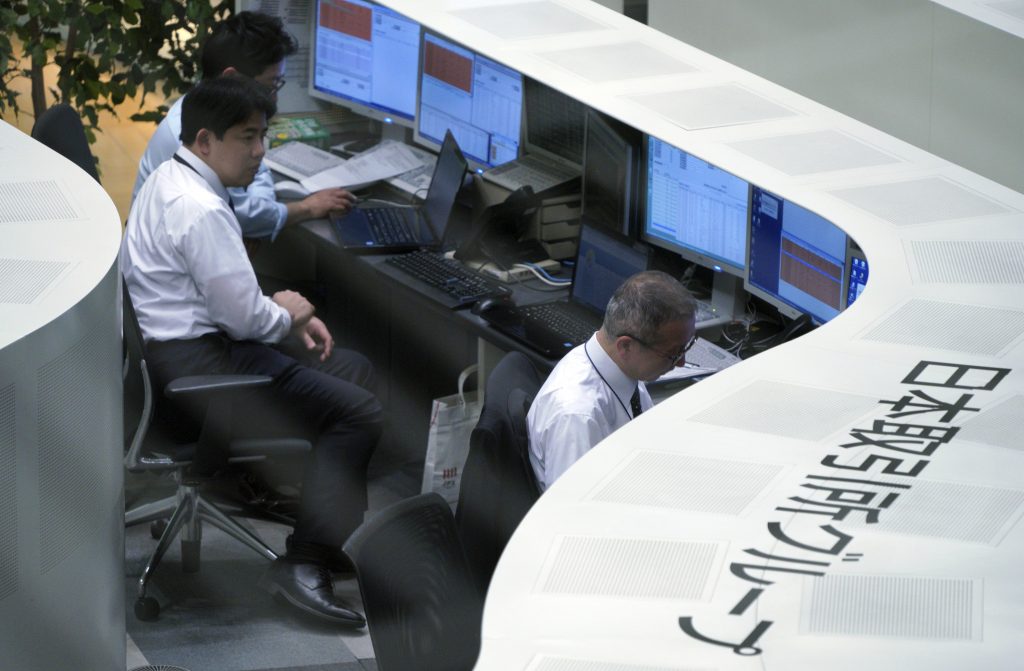 MSCI’s broadest index of Asia-Pacific shares outside Japan rose 0.3 percent, extending its gains so far this year to 2.4 percent.

Japan’s Nikkei jumped 3.3 percent on its first trading day of the year, hitting its highest level in a quarter of a century.

“The economic data published over the holiday period has been pretty good. So for those who were worried about new year profit-taking, the market would look pretty strong,” said Hirokazu Kabeya, chief global strategist at Daiwa Securities.

The economic data published on Wednesday on both sides of the Atlantic reinforced investors’ expectations that solid global growth will boost demand of goods, including oil, and lift corporate earnings.

U.S. factory activity increased more than expected in December, boosted by a surge in new orders growth, in a further sign of strong economic momentum at the end of 2017.

European shares are expected to gain, with spread-betters looking to a higher opening of 0.6 percent in Germany’s Dax , 0.5 percent in France’s Cac 40 and 0.2 percent in Britain’s FTSE.

The world’s stock markets, which had their best year since 2009 last year, hit a record high on Thursday, extending gains so far this week to 1.4 percent.

On Wednesday, the three main stock indexes on Wall Street hit record closes on Wednesday, helped by a 1.5 percent rise in energy stocks.

“Oil appears to be traded at a premium compared to economic fundamentals because of concerns over development in Iran,” said Motofumi Okoshi, senior economist at Nomura Securities.

At the moment, forward contracts are trading cheaper than expected spot prices, a condition known as backwardation, suggesting investors expect any supply shortages to be temporary.

“If conditions in Iran deteriorate further, I expect forward contracts will begin to be bought as well,” Okoshi added.

Concerns about geopolitical instability are also supporting safe-haven gold, which fetched $1,310 per ounce, after hitting a 3-½-month high of $1,321.5 on Wednesday.

Still, investors are expecting financial markets to be stable overall, with the Cboe Volatility index, which measures implied price volatility of U.S. stocks in the next month, closing at 9.15, just above the record closing of 9.14 touched on Nov. 3, and below its 2017 average of 11.09.

The volatility index has been kept at one of the lowest levels since the global financial crisis in 2008, primarily because investors bet the U.S. Federal Reserve and the world’s other major central banks will tighten monetary policy only gradually with few signs of inflation pressures building.

To be sure, inflation expectations indicated by the gap between 10-year U.S. inflation-linked bonds and conventional ones rose above 2 percent to the highest level since March.

Still, the minutes of the Fed’s last policy meeting on Dec. 12-13 released on Wednesday did little to change that perception of measured monetary tightening.

The minutes showed that policymakers saw President Donald Trump’s tax cut plans as providing a boost to consumer spending but also uncertainty over the impact of fiscal stimulus on raising price pressures.

Fed funds rate futures fell slightly, with the April contract pricing in about a 75 percent chance of a rate hike by March, compared with around 60 percent at the end of last year.

But markets are still not fully pricing in three rate increases many Fed officials expect this year.

In the currency market, the dollar ticked up 0.2 percent against the yen to 112.69 yen following upbeat U.S. data.

“When I look around the world to see if there are any distortions, one thing that strikes me is the euro zone’s negative interest rates of 0.40 percent [when the euro zone economy is strong]. I would think that will have to be eventually adjusted and the euro will rise,” said a senior currency trader at a major Japanese bank.

The European Central Bank last month stuck to its pledge to keep money pouring into the euro zone economy for as long as needed, but opposition from some rate setters is rising amid increased growth and inflation forecasts for the area.