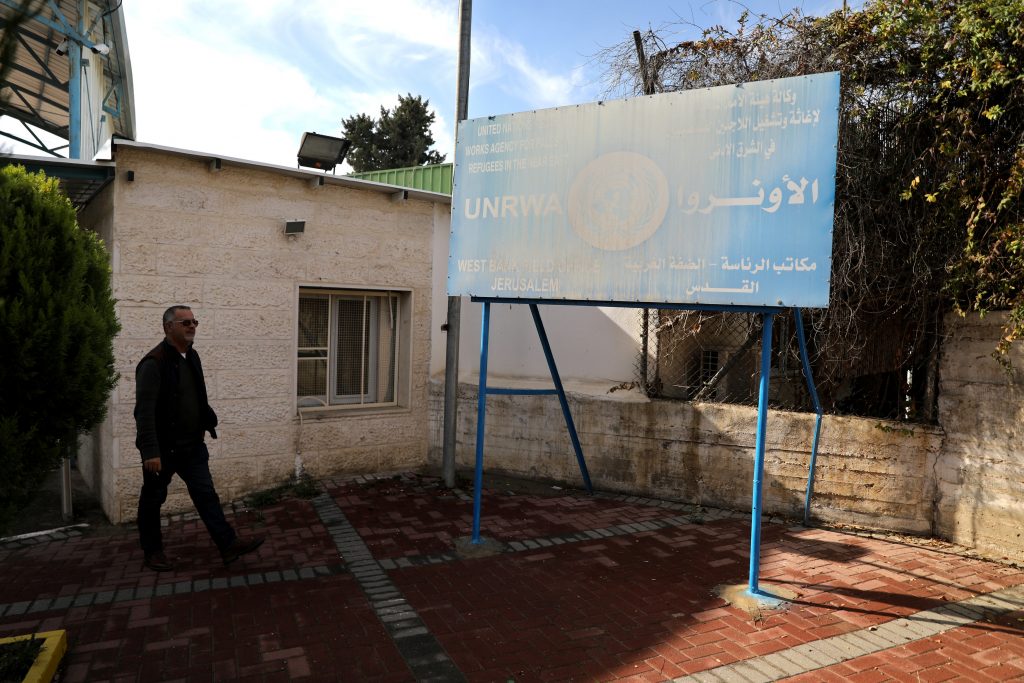 “We continue to review the impact and effectiveness of UNRWA’s aid programs,” a U.S. official told The Times of Israel. “This is prudent, and indeed, it is our duty to the American taxpayer.”

However, the official also noted UNRWA’s “important and life-saving humanitarian work, and [the U.S.] recognizes its role as a stabilizing force and a counterweight to violent extremism, which is essential for stability in the Middle East region.”

Meanwhile, a senior White House official on POTUS Tweets wrote: “The President is a master dealmaker and is as committed to trying to achieve the ultimate peace deal as ever but he will not tolerate falsehoods being spread about America and our positions and he certainly will not spend taxpayer dollars, to subsidize those who spread them. In the meantime, we remain hard at work on our comprehensive peace plan which will benefit both Israelis and Palestinians and will be unveiled when it is ready and the time is right.”

Commenting on President Donald Trump’s position, Haley said: “I think the president has basically said that he doesn’t want to give any additional funding until the Palestinians are agreeing to come back to the negotiation table,” she said. “We’re trying to move for a peace process but if that doesn’t happen the president is not going to continue to fund that situation.”

The United States was the biggest donor to UNRWA in 2016, giving $368,429,712. It is also the largest overall supplier of financial support for the Palestinians.

However, UNRWA is not the only conduit for American financial assistance to the Palestinians. There are two others: USAID, an agency of the State Department that provides aid for social and economic development to various countries; and funding for law enforcement in the Palestinian Authority, according to The Times of Israel.

President Trump did not specify which, if all, of these three conduits he had in mind, but the review of UNRWA funding suggests that the U.N. agency was at least one of them.

U.S. funding, far more than any other country, is crucial to UNRWA. In 2016, the U.S. pledged $355 million for UNRWA operations. The next most important donor was the EU, pledging $160 million.

The Palestinian Authority is by no means the only recipient of UNRWA assistance. It works in Palestinian refugee camps in Jordan, Lebanon and Syria as well.

According to UNRWA, the agency educates half a million children in over 700 schools across the Middle East (270,00 of them in Gaza). The agency’s doctors see 11 million patients in nearly 150 primary health clinics annually. UNRWA also conducts vocational training, preparing 9,000 young people for job markets every year, according to the agency.

The U.S. Consulate in Yerushalayim’s website says the United States has been the largest donor of aid to the Palestinians since the signing of the Oslo Accords in 1994. Overall, it has totaled around $600 million annually in recent years, in the three categories mentioned above.

It would be incorrect to depict UNRWA is an innocent victim of the current turmoil between Washington and Ramallah, however. The agency has been a thorn in the side of Israel for some time.

Prime Minister Binyamin Netanyahu said that in his first meeting with Haley in June 2016, he asked her to “re-examine UNRWA’s continued existence.”

The organization been criticized in Israel for anti-Israel rhetoric promoted in its schools and for allowing its property to be used by Hamas for storing rockets and tunneling.

Following exposes of the Hamas activity, UNRWA condemned the use of its premises for terrorist purposes.