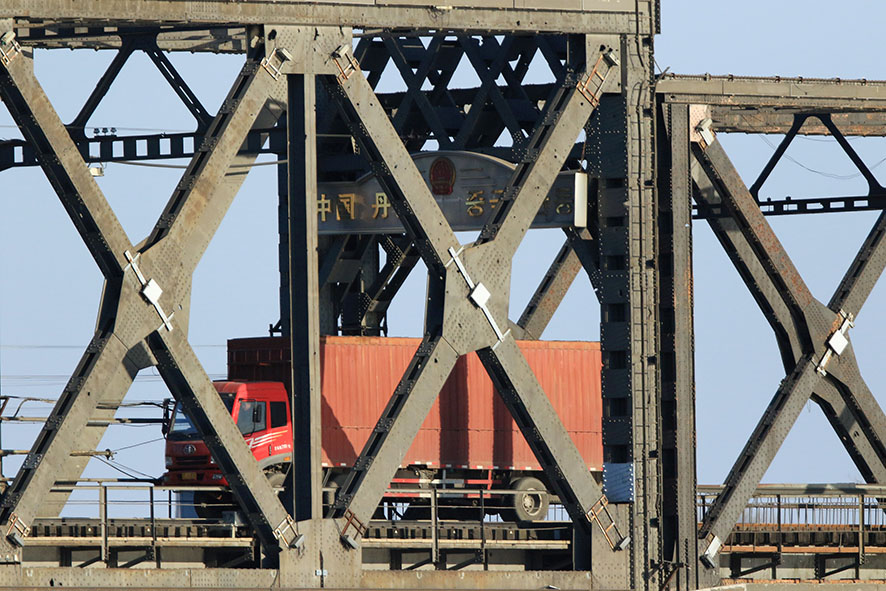 North Korea said it would reopen a long-closed border hotline with South Korea on Wednesday, hours after President Donald Trump appeared to mock the North’s leader by saying he has a “bigger and more powerful” nuclear button than Kim Jong Un.

The North’s unscheduled statement, read out on state media, came a day after Seoul proposed high-level discussions amid a tense stand-off over North Korea’s missile and nuclear programs.

That followed Kim’s New Year’s address, in which he said he was open to speaking with Seoul and would consider sending a delegation to an international event to be held just across the border in February.

U.S. officials said Washington would not take any talks between North and South Korea seriously if they did not contribute to denuclearizing North Korea. A State Department spokeswoman said North Korea “might be trying to drive a wedge of some sort.”

That gesture came only hours after Trump again ridiculed the North Korean leader on Twitter.

“Will someone from his depleted and food starved regime please inform him that I too have a Nuclear Button, but it is a much bigger & more powerful one than his, and my Button works!” Trump tweeted.

While appearing to open the door to the first direct negotiations in more than two years, Kim also sternly warned that he would push ahead with “mass producing” nuclear warheads in defiance of U.N. sanctions.

His speech on Monday came after a steep increase in missile launches in 2017, as well as the North’s sixth and most powerful nuclear test. Kim, who has vowed to develop a nuclear-tipped missile capable of reaching the United States, said he had a nuclear button on his desk.

The hotline with the South was shut down by North Korea in February 2016 in retaliation against the closing of Kaesong, a border factory town that was jointly operated by the two Koreas.

“Detailed orders were given regarding setting up working measures with the South Korean government that should be taken up with a serious and sincere stance,” said Ri, chairman of North Korea’s Committee for the Peaceful Reunification of the Fatherland, which deals with issues relating to South Korea.

An official from South Korea’s Unification Ministry told Reuters they were ready to speak with North Korean officials once the hotline was opened. Government officials check the hotline, a telephone line at the border, twice every day, in the morning and afternoon.

South Korean presidential spokesman Yoon Young-chan said North Korea’s decision to open the hotline had “significant meaning” because it could lead to constant communication between the two Koreas.

U.S. officials had voiced skepticism about the possibility of meaningful talks, particularly if they did not take steps towards banning North Korea’s nuclear weapons.

Nikki Haley, the U.S. ambassador to the United Nations, warned North Korea against staging another missile test and said Washington was hearing reports that Pyongyang might be preparing to fire another missile.