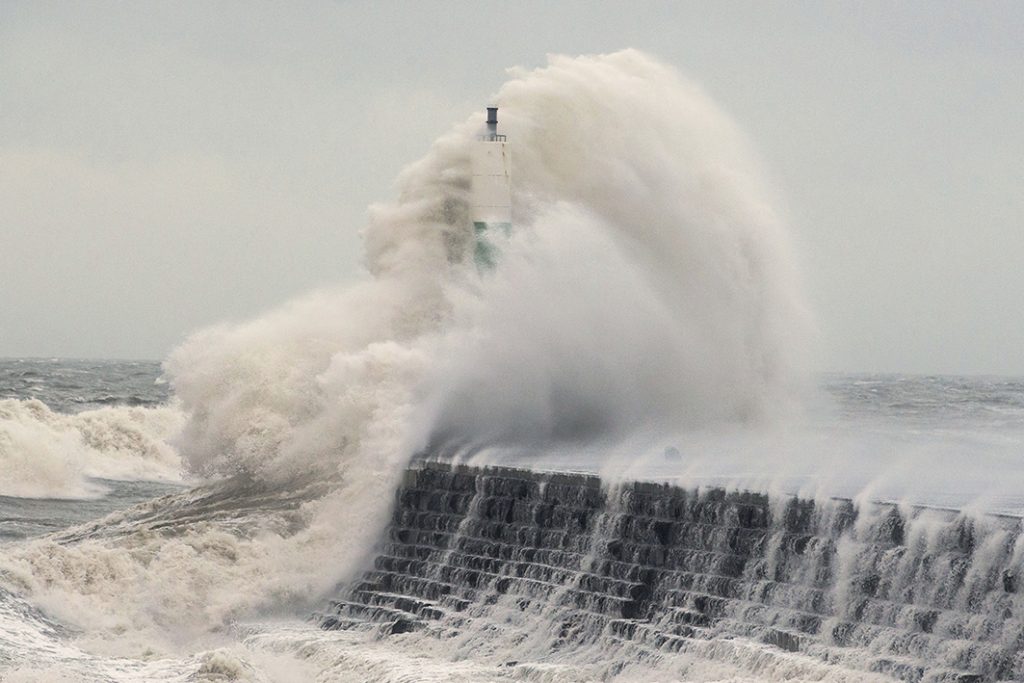 A violent storm packing winds up to 100 mph battered parts of western Europe on Wednesday, derailing trains, toppling trees and halting flights. Authorities said one person was killed and at least 15 others were injured in France and Switzerland.

The high winds played havoc on transport, derailing trains in Switzerland and Germany and leaving hundreds of thousands of homes across France, Switzerland, Britain and Ireland without power.

Officials said one skier was killed in the French Alps after being hit by a falling tree in Morillon in Haute-Savoie.

Several people were injured Wednesday when a train was blown off the tracks near Lenk, a town south of Bern, the Swiss capital, local media reported. In western Germany, a train derailed near Luenen when it crashed into a tree that had fallen onto the tracks, according to the dpa news agency. No injuries were reported.

The storm forced the cancellation of flights at Zurich and Basel airports and toppled a truck on a Swiss highway. Thousands of households at Lake Zurich were left without power, and firefighters were called to help with toppled trees blocking streets and flooding due to heavy rain.

Swiss police say several people were stuck inside a cable car in the skiing resort of Pizol in the Swiss Alps. Ski lifts were also halted at many Swiss resorts.

In England, the storm brought hail and lightning. Overturned vehicles forced officials to close portions of three major highways. Some bridges were also shut down.

Extremely high tides caused the partial collapse of a harbor wall in Cornwall in southwestern England, bringing seawater flooding in.

The storm battered northern France with winds surpassing 90 mph, some of the worst gusts to hit the country in years. Many people posted photos of destroyed cars, collapsed scaffolding and uprooted trees on social media.

France’s national electricity provider says the storm left some 200,000 households without electricity, including 30,000 in the Paris region.

In the Paris region, a falling tree hit a car and seriously injured one person, while another resident was seriously hurt falling from a building. In all, the Interior Ministry said 15 people in France were injured, with four in serious condition, following accidents caused by high winds.

Strong winds also caused delays at Charles de Gaulle airport in Paris, as extra precautions were taken to safely get travelers into aircraft.

In Germany, highways near Duisburg and Juelich in the west were partially blocked because of toppled trees and flooding. The zoos in Munich and Augsburg in Bavaria closed for the day and the railway going up Germany’s tallest mountain, the Zugspitze, was shut down because of the storm.

In neighboring Austria, a ski jumping practice in Innsbruck was cancelled due to the strong winds and snow.