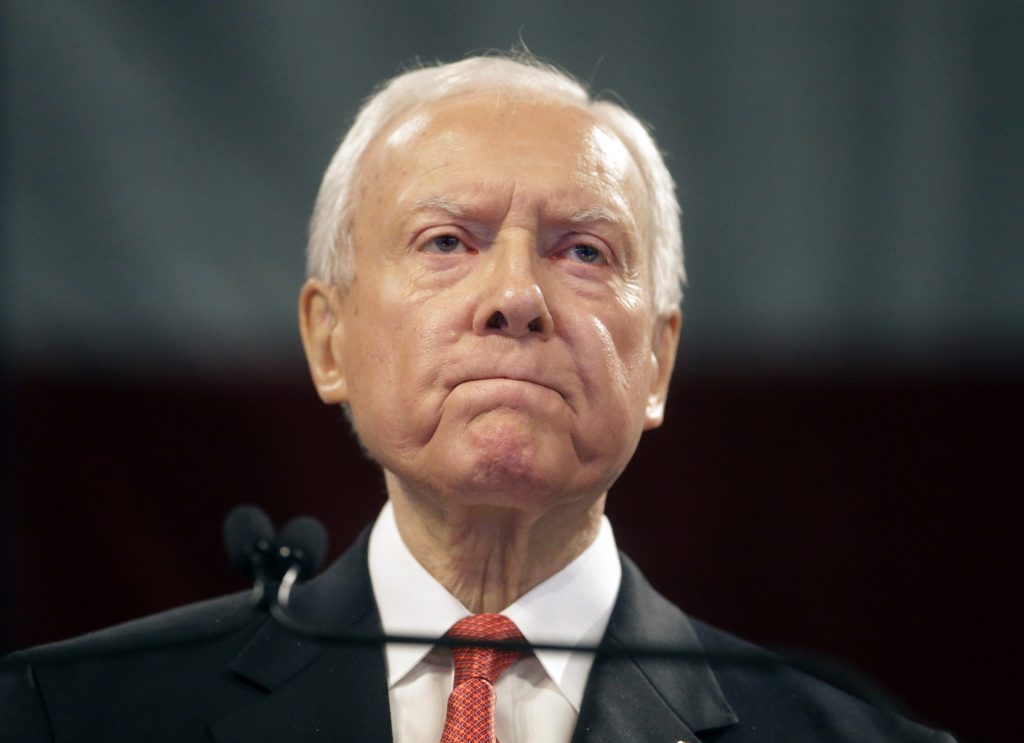 Republican Sen. Orrin Hatch of Utah said Tuesday he will not seek re-election after serving more than 40 years in the Senate, opening the door for former GOP presidential nominee Mitt Romney to run for his seat.

Hatch, 83, said he’s always been a fighter, “but every good fighter knows when to hang up the gloves.”

Hatch is the longest-serving Republican in the Senate. He chairs the powerful Senate Finance Committee and was a major force in getting a tax overhaul through Congress and signed into law in December.

He also played a key role in persuading President Donald Trump to sign proclamations scaling back two sprawling national monuments in Utah that Hatch and other conservative considered example of government overreach.

In a statement, Hatch said he decided to retire at the end of his seventh term after “much prayer and discussion with family and friends” over the holiday break.

He says, “I may be leaving the Senate, but the next chapter in my public service is just beginning.”

Romney, the former Massachusetts governor who now lives in Utah, has been eyeing a Senate run, but Trump has encouraged Hatch to seek re-election.

In his statement, Hatch cited as accomplishments work to help create the Americans with Disabilities, expand children’s health insurance and expand use of generic drugs.

Hatch also served as chairman of the Senate Judiciary Committee and was at the center of many of the biggest confirmation battles. During his time on the committee, the Senate has confirmed nearly 1,900 federal judges, a majority of all federal judges that have served.