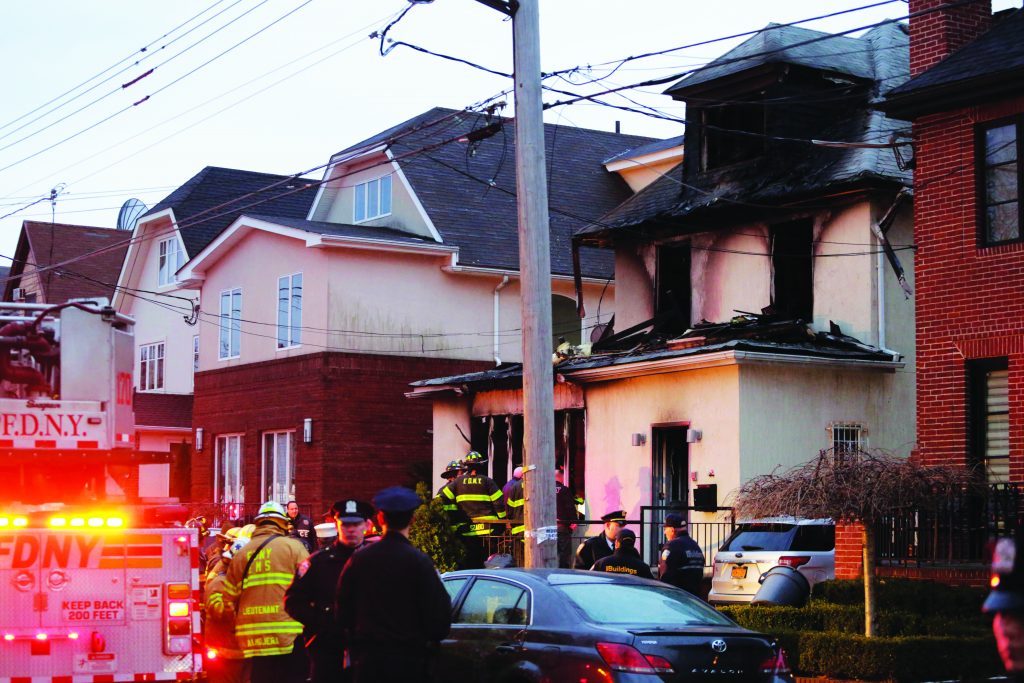 Two weeks have now passed since an inconceivable tragedy took place in the midst of our community. A home well known for Torah and chessed was consumed by a raging fire, claiming the lives of Mrs. Aliza Azan, 39, a”h, and her children Moshe, z”l, 11, Yitzchak, z”l, 7, and Henrietta, a”h, 3, and severely injuring, ybl”c, the husband and father, Yosef ben Ahuva Masuda, and two teenage children, Shilat bas Aliza and Daniel ben Aliza, may they have a refuah sheleimah b’soch she’ar cholei Yisrael.

In this era of 24-hour news cycles and instantaneous communication, for the secular world — barring significant new developments — even the most important news stories quickly become historical events in the minds of the public. The fact that the latest issue being discussed may, relative to what happened earlier, be totally insignificant, rarely seems to matter.

Even within our community, there is a temptation to either move on rather quickly after news of tragedy, or to focus on precisely what happened, instead of connecting the dots in a meaningful way.

That is why the major asifos that took place this week in Brooklyn served such an important purpose. First and foremost, the response of Torah Jews to tragedy must be l’hishtatef b’tzaaran shel Yisrael.

This week we learn how, at the age of 12, Moshe Rabbeinu was safely ensconced in the comfort of the royal palace of Pharaoh. Filled with concern about the fate of his brethren, he not only personally went to see how they were faring, but took the heavy burden that each of them was carrying and placed it on his own shoulders, so he could be of help and physically relate to what they were going through.

Filled with enormous compassion, he began to weep. “Woe to me! Who would give that I should die instead of you!”

Subsequently, the Ribbono shel Olam said to Moshe: “You put aside your position [in the palace of Pharaoh] and went to witness the tzaar of [Bnei] Yisrael and exhibited to them brotherhood. I will put aside the upper and lower realms and speak with you!”

Rabi Zeira (Megillah 28) was asked in what merit he attained longevity. Among the reasons he gave was that he “never rejoiced in the stumbling of a friend.” Harav Yitzchak, the Rebbe of Vorka, zy”a, was once questioned about this. Not rejoicing when another stumbles seems fundamental, and it would be inconceivable for someone as lofty as Rabi Zeira to act otherwise. Why was it considered a special zechus, a reason to merit longevity?

Rabi Zeira was not referring to rejoicing over someone else’s stumbling, the Vorka Rebbe answered. His intention was that when another Yid “stumbled” and suffered some sort of hardship, Rabi Zeira felt his tzaar to such a degree that it eclipsed any happiness he would normally have felt, for wholly unrelated reasons, in his personal life. Even if there was a simchah in his house or he had had stunning success in his affairs, he did not experience any feelings of joy, for his heart was totally immersed in the other person’s feelings.

This applies to any type of tzarah being experienced by another, and sadly, there is no shortage of tzaros that anguish-filled individuals are currently suffering. But when a tragedy of such enormity strikes, then in addition to taking part in the tzaar of the victims, davening for the injured, and doing all we can to help the family, we are also obligated to recognize that what occurred to one family is actually a wake-up call to the broader Jewish community.

As Torah Jews, we must take steps to ensure that our reaction to this terrible fire is one of teshuvah and spiritual growth. The way we respond to tragedy is, in itself, one of the countless nisyonos we are facing. This is a time to fortify our emunah peshutah, engage in introspection and solidify our connection to Hakadosh Baruch Hu.

In the process, we will be arousing great zechuyos for the members of the Azan family who are in desperate need of a refuah, and for all Jews in need of refuos and yeshuos.