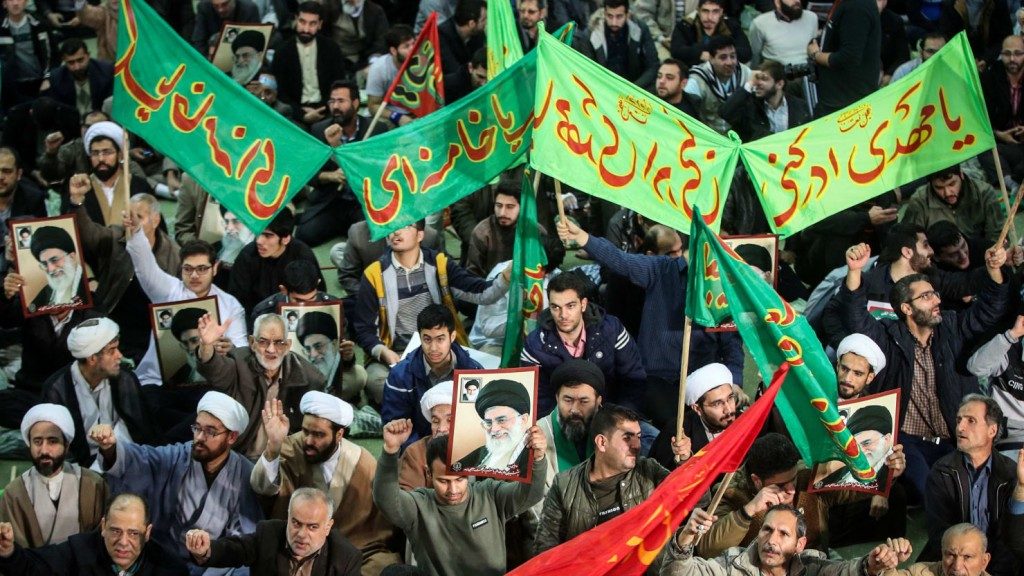 How ironic that the Iranian nuclear deal engineered by former President Barack Obama and former U.S. Secretary of State John Kerry may actually succeed in neutralizing the Iranian threat, though not in the way they intended.

The deal signed in the summer of 2015 between Iran and the P5+1 (the five permanent members of the U.N. Security Council — China, France, Russia, United Kingdom and the United States — plus Germany), lifted sanctions against Iran, resulting in a mad rush of countries seeking to sign lucrative deals with the ayatollahs. None of them suffered pangs of conscience over how the money would be spent, how it would be used to train and arm Hamas terrorists in Gaza, and Hizbullah forces in Lebanon. How it would be used to help Iran gain a foothold in Syria, practically at Israel’s doorstep.

And, of course, none of them worried about Iran using their money to develop and test ballistic missiles and to advance a nuclear program that the regime has openly acknowledged is aimed at “wiping Israel off the map.”

And it has helped the Iranian on the street understand that the ayatollahs have been playing him for a fool, for years; and if they think they can take in billions in oil sales, and then turn around and cut subsidies on basic foodstuffs — making things worse, not better, for the oppressed, poverty-stricken public —they are in for a rude awakening.

It is the sudden riches, made possible by the Obama-Kerry deal, that has helped the Iranian public wake up to the reality that their ayatollahs are their enemies as much as they are enemies of the West. It has brought them out into the streets, at the risk of life and liberty, to demand the overthrow of “Supreme Leader” Ali Khameini and his cronies.

The fury, the sense of injustice, of having been had, has erupted in 1,200 demonstrations, in the main cities and in small towns around the country.

It’s too early to know how the demonstrations will play out. Obviously, the regime holds the upper hand; it has the firepower and control over what passes for a judicial system. Above all, it lacks any conscience, any morals, any scruples, and can use its firepower to commit mass murder and its control of the courts to lock “undesirables” up forever.

The regime is already trying to divert the public’s attention from the real issue, claiming that the demonstrations are being engineered behind the scenes by the United States, Israel and others. But the lies sound hollow, even to the Iranian masses who have being buying them since 1979, when the shah was overthrown.

The question for the western powers is how to help the courageous Iranians in their attempt to shed the yoke of the ayatollahs and acquire the human rights that free people everywhere enjoy.

The first step is to put the regime on notice that the world is paying attention. As President Donald Trump tweeted, “the world is watching.” The social media has taken the lid off Iran and exposed its egregious human rights abuses to the world.

But the world can’t just watch; it must respond. It must hold the ayatollahs accountable, be it through diplomatic censure, criminal proceedings in international courts or the threat of renewed sanctions.

Covert action must be taken to support the demonstrations with funds, communications equipment — to counter Iranian attempts to deny protesters access to the outside world — and, if need be, weapons to even the playing field against the regime’s forces.

The demonstrations in Teheran are a golden opportunity to rid the world of an existential threat, of an irrational, hate-filled regime that is determined to build — and use — weapons of mass destruction. It is an opportunity to overthrow the world’s No. 1 exporter of terrorism.

It is an opportunity to unleash the shackles of 80 million Iranian citizens, to provide them with basic human rights, including the right to express themselves freely, choose a government that puts their needs first, and feed their families with honor.

President Trump said that the Iranian people are not the enemy, the ayatollahs are. This is the time to prove it.