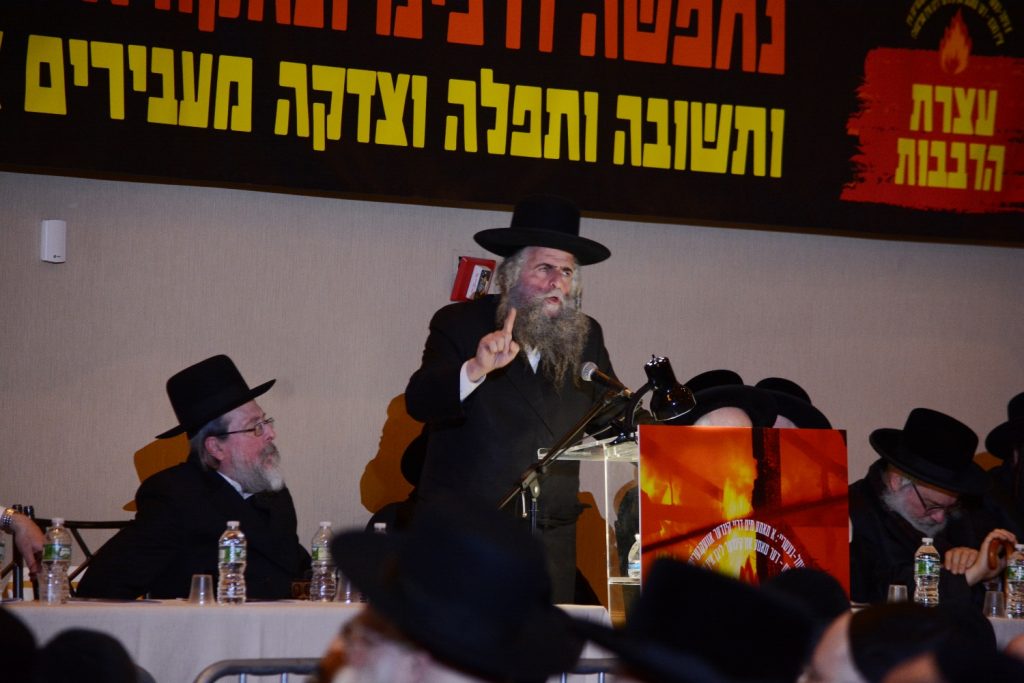 Achdus is a wonderful thing. It is very easy to sit and say that we have achdus, but the truth is that there is only one thing that brings achdus to Klal Yisrael — and that is a common emunah in Hashem. We don’t believe in nationalism. We believe in one thing: that there is one Ribbono shel Olam and that we obey His word. That is our achdus. Any other achdus is false and has no real meaning.

Anyone who works in an assembly line or who sings in a choir knows that if any one member of the team is missing, the product will not be the same. We are here to make a product for the Eibershter, and we must understand that every single Jew affects the quality of that final product.

We know from Chazal that there are two types of fire. There is a fire of kedushah and a fire of destruction. The fire of kedushah is the ability of one Yid to inspire another. With his words and actions, he draws others nearer and higher in avodas Hashem.

But there is another fire. Harav Yehoshua Leib Diskin, zt”l, asked: What draws people to sin? What brings people to sin is when they see somebody else do an aveirah? When they see that somebody else does something, it becomes kal in their eyes and that is what leads them to do it themselves. Rav Yehoshua Leib says that that is the importance of being dan l’chaf zechus. Whatever the other Yid does remains the same, but being dan l’chaf zechus protects you from being ensnared by it.

When somebody does an aveirah b’rabbim, he is not only damaging himself, but he is a mazik to the tzibbur. When one Yid commits a sin, he brings down the rabbim with him, because everybody sees and says to himself, “If everybody does it, then I can do it, too.”

That’s the destructive quality of fire: It doesn’t just burn; it spreads from one person to the next. I don’t have to get into the details of the problems of our generation. Everybody knows that Smartphones and iPhones are destroying Klal Yisrael. When people go in ways that are against the Ribbono shel Olam, it makes a fire, and people start to ask themselves, “How can I be different? Why shouldn’t I do it, if everybody else does it?”

Let’s try to take away from this asifah one simple point.

When we make cheshbonos in our lives, we take different considerations into account.

When a lady goes into a store and considers whether she should buy something, she thinks, “What will my husband say? What will my friends say?”

Let’s add one more point and think: “What will the Ribbono shel Olam think of it?”

Bring the eish of kedushah back into your life and put out the fire that causes us to imitate the shortcomings we see in others which brings us down a slippery slope.

Let’s bring the Ribbono shel Olam back into our lives.

With that, we will bring true achdus back into our lives.