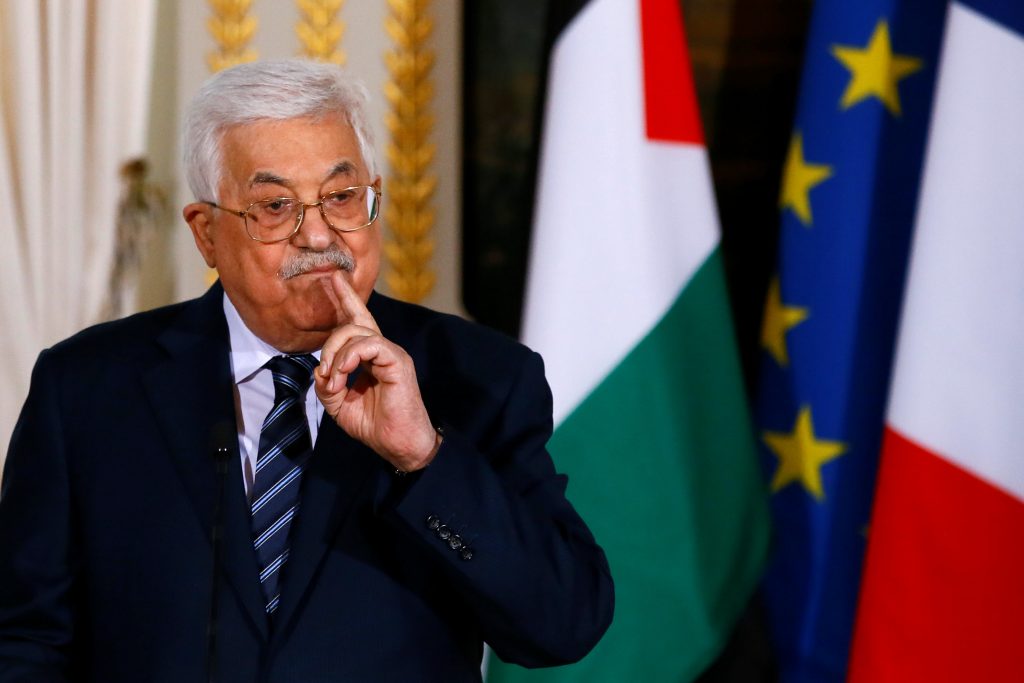 The passage of a new law requiring a supermajority of 81 votes out of 120 in the Knesset to approve ceding any part of Yerushalayim in peace talks was the occasion for another dire prediction of the death of the peace process from Palestinian Authority President Mahmoud Abbas on Tuesday.

Abbas pushed the rhetorical envelope as far as it could go, calling the new law a “declaration of war.”

An Abbas spokesman, Abu Rudeineh, warned that it was “pushing the region into the abyss. “This vote clearly indicates that Israel has officially declared the end of the so-called political process and has already begun to impose dictating and de facto policies,” he said.

The PA, which has charged the U.S. with forfeiting its role as an “honest broker” in the peace process since President Donald Trump Yerushalayim declaration, is currently boycotting visiting U.S. envoys.