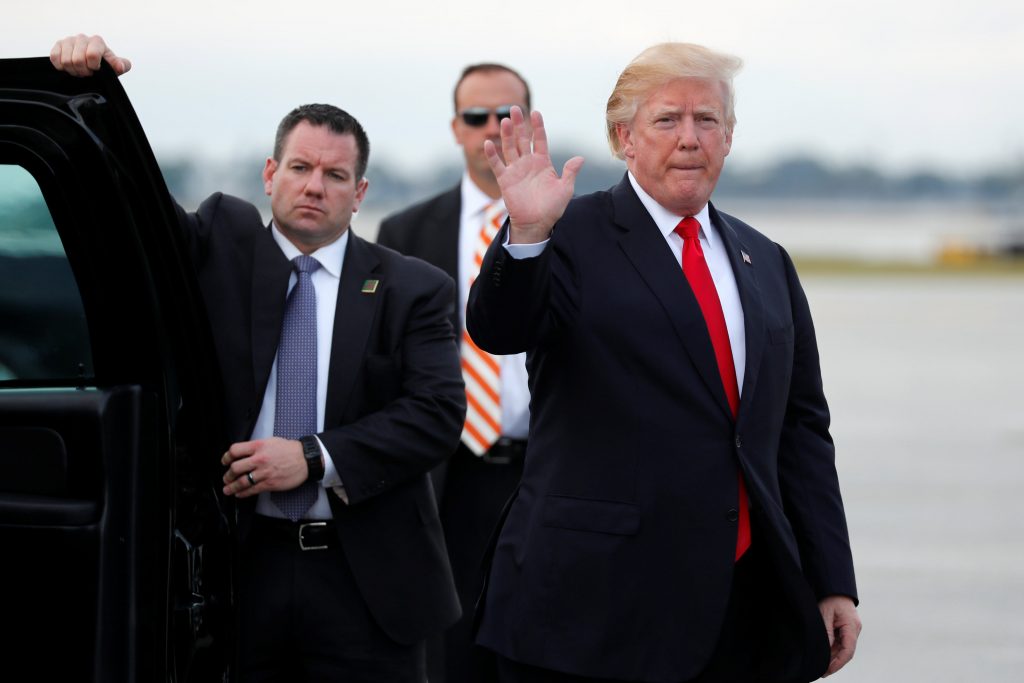 Trump in his tweet said the U.S. had given Pakistan $33 billion in the last 15 years, yet Afghanistan and the U.S. have long accused Pakistan of providing safe havens for terrorists.

Meanwhile, Pakistan had no official comment but Foreign Minister Khawaja Asif tweeted that his government was preparing a response that ‘will let the world know the truth.’

Pakistan’s Urdu language Geo Television quoted Asif as saying: “We have already said ‘no more’ to America, so Trump’s ‘no more’ has no importance. We are ready to give all account for every single penny to America in public.”

Asif said Trump’s tweet was borne out of frustration and that the United States should pursue dialogue with Afghanistan’s insurgents rather than military force.

“America is frustrated over defeat in Afghanistan. America should take the path of dialogue instead of using military might in Afghanistan,” Asif was quoted as saying.

“A promising message to Afghans who have suffered at the hands of terrorists based in Pakistan for far too long,” Mohib tweeted.

The uneasy relationship between the United States and Pakistan has been on a downward spiral since the 2011 U.S. operation that located and killed Osama bin Laden in the military garrison town of Abbottabad.

Trump ratcheted up the pressure last year when he announced his Afghan strategy that called out Pakistan for harboring Afghan Taliban terrorists warning it would have to end.

In August, the United States said it would hold up $255 million in military assistance for Pakistan until it cracks down on terrorists threatening Afghanistan. On Monday, the Trump administration’s National Security Council said that was still the plan although the U.S. would continue to reassess the situation.

“The president has made clear that the United States expects Pakistan to take decisive action against terrorists and militants on its soil, and that Pakistan’s actions in support of the South Asia Strategy will ultimately determine the trajectory of our relationship, including future security assistance,” according to the U.S. statement

Vice President Mike Pence in a surprise visit to Afghanistan on Dec. 22 said the U.S. administration was putting Pakistan on notice to end its support for Taliban terrorists, a comment that generated a chorus of criticism from the Pakistani civilian and military establishment, which has denied harboring Afghan militants.

“What kind of friends are we that we are being given notices?” he asked at the news conference.

Much of the money Pakistan has received from the U.S. has been through its Coalition Support Funds which gives money to its coalition partners in Afghanistan and Iraq. Pakistan has been one of the largest recipients.

“The United States has foolishly given Pakistan more than 33 billion dollars in aid over the last 15 years, and they have given us nothing but lies & deceit, thinking of our leaders as fools,” Trump tweeted. “They give safe haven to the terrorists we hunt in Afghanistan, with little help. No more!”

Ghafoor denied that Pakistan allowed training camps or organizational headquarters on its territory.

“We have started the construction of forts and posts on the Afghan border for effective border management — what more does the U.S. and Afghanistan want from us?” Ghafoor was quoted by the English-language Dawn newspaper as saying at the news conference.

Yet Afghanistan and the U.S. have long accused Pakistan of providing safe havens and Pakistan’s former adviser on foreign affairs Sartaj Aziz had previously publicly stated that Afghan terrorists have been living for decades in Pakistan.

The Taliban are believed to run several leadership councils out of Pakistan, in southwestern Quetta and northwestern Peshawar, two cities on the border with Afghanistan