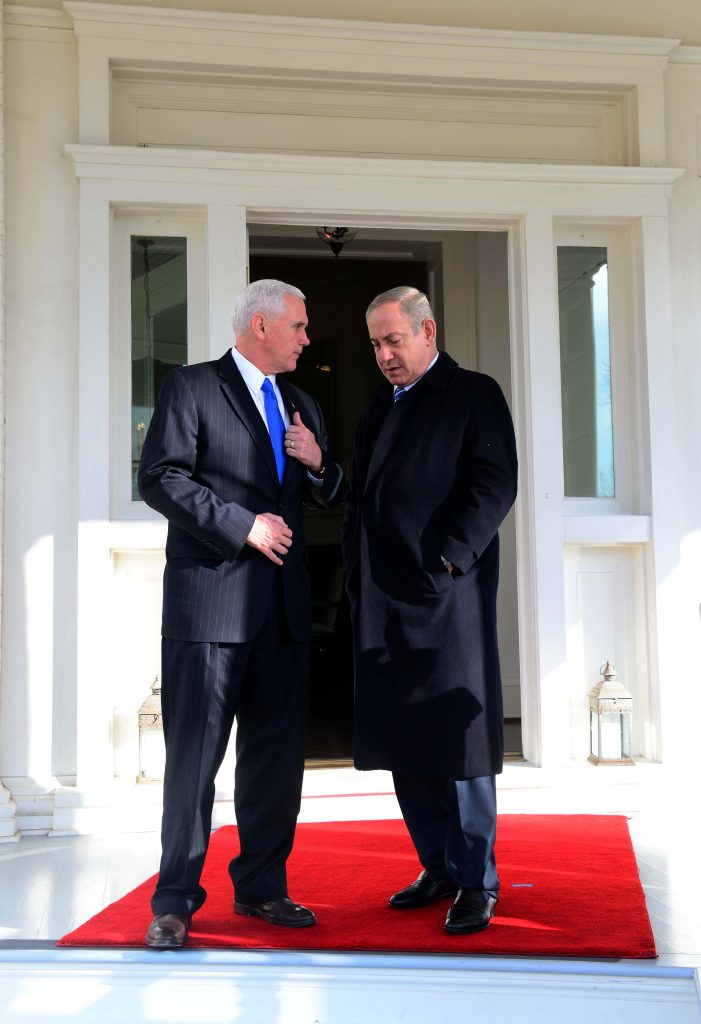 Israel’s Foreign Ministry has said that an expected visit by U.S. Vice President Mike Pence has been postponed again.

Pence was scheduled to visit last month. The official reason for the delay was the Senate tax vote. But it also followed region-wide uproar over President Donald Trump’s decision to recognize Yerushalayim as Israel’s capital.

At the time, the White House said Pence would instead visit Israel during the week of Jan. 14. But on Sunday, the Foreign Ministry said Pence is not scheduled to visit this month.

“The visit is not included in our provision of scheduled visits of high-level dignitaries in January,” said spokesman Emmanuel Nachshon.

Nachshon gave no reason for the apparent delay, and said there was no date for an expected visit.