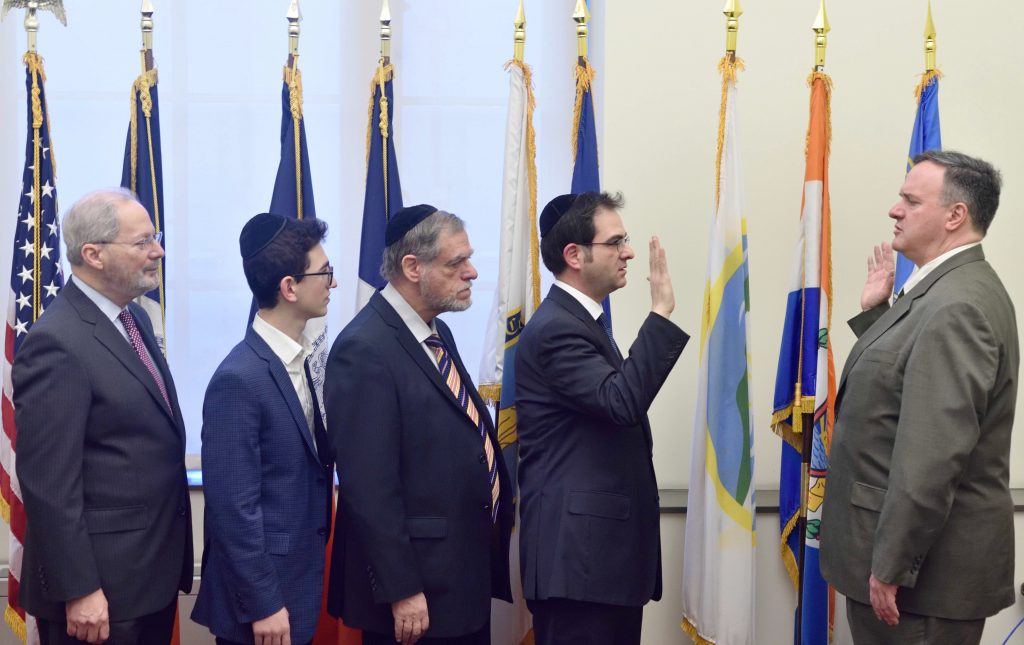 Reflecting his Orthodox upbringing, Yeger did not take an “oath” of office but an affirmation. City Clerk Michael McSweeney administered the process, witnessed by Yeger’s family and a former employer, former Bronx borough president Fernando Ferrer.

“It was a humbling and moving moment to take the official affirmation of office,” Yeger said in an emailed statement to Hamodia. “The people of our community have entrusted me to be their voice at City Hall for the next four years, which is an extraordinary responsibility. I will spend my term in office fighting for our community, as I pledged to do during my campaign.”

Greenfield, who won a special election in 2010, has been one of the most powerful lawmakers in recent years, leading the Land Use committee and becoming a member of the budget negotiating team.

“It’s been the privilege of my lifetime to represent you in the @NYCCouncil,” he tweeted Sunday. “Thank you for giving me this opportunity. I look forward to fighting just as hard for the neediest New Yorkers [at the] Met Council. #UntilWeMeetAgain.”

Yeger handily won the election in November, beating Yoni Hikind by taking 65 percent of the vote. He ran on a platform of experience as a member of his community board and promising to continue Greenfield’s programs.

He joins Chaim Deutsch, a councilman from nearby Midwood, as the two frum legislators in the council. Deutsch, who just won his first reelection, is set to become more powerful due to his early endorsement of Corey Johnson from Manhattan as speaker. The two have long been close friends.