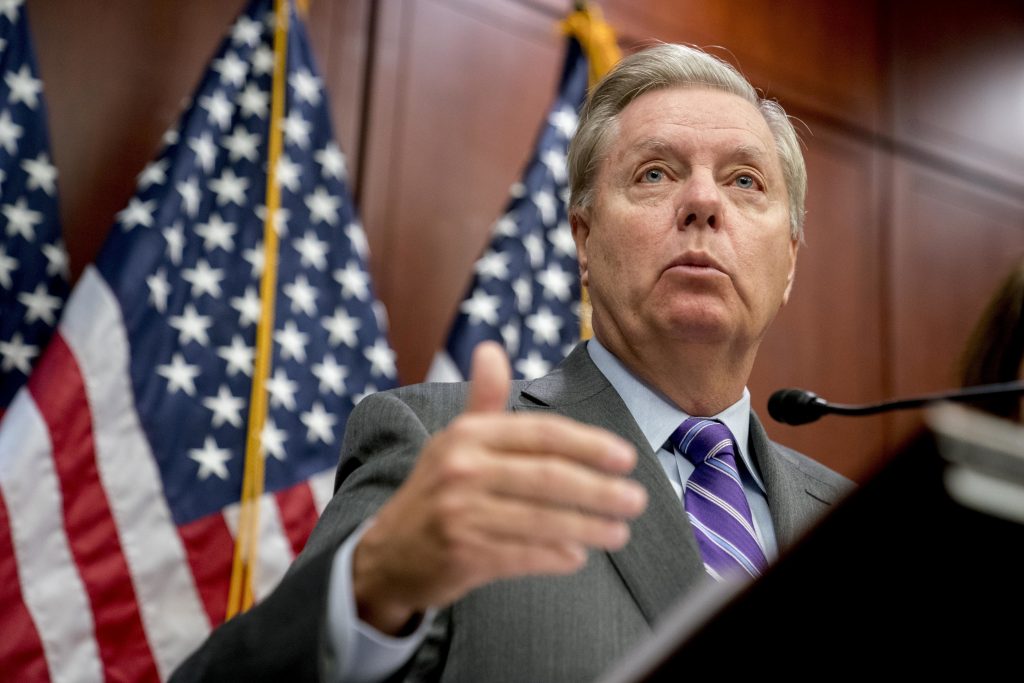 Sen. Lindsey Graham, R-S.C., called on President Donald Trump to lay out his strategy toward Iran as the country faces its largest protests in nearly 10 years, saying such a move would help bolster the United States in its conflict with North Korea.

Predicting that the new year will be one of “opportunity and extreme danger,” Graham said Trump should withdraw from the Iran nuclear agreement in 2018 and give a national address explaining his approach. He warned that North Korea is watching how the United States conducts itself as protests continue in Iran. He argued that Trump’s supportive messages for the Iranian people on Twitter are an inadequate response.

“President Trump is tweeting very sympathetically to the Iranian people, but you just can’t tweet here. You have to lay out a plan. If I were President Trump, I’d lay out a plan as to how I would engage the regime,” Graham said in an interview with CBS’s “Face the Nation.”

Graham warned that the United States has a chance to “deliver some fatal blows to really bad actors” in the new year, but that the international situation is precarious.

The protests began Thursday in response to economic woes in Iran, where growth unrelated to renewed oil exports has lagged significantly since international sanctions were lifted as part of the 2015 nuclear deal. As the protests spread, demonstrators have used them to highlight a variety of other problems, including government corruption and the need for reforms.

The escalating unrest poses a challenge for Iranian President Hassan Rouhani, a moderate who appealed to reformists when he was reelected in May by a landslide. Some have interpreted the protests as a response to Rouhani’s failure to deliver on key economic promises he made after the nuclear deal.

Graham spoke after two Iranian demonstrators were confirmed killed in the protests. Local media reported that about 200 people were arrested in Tehran on Saturday and showed images of police firing a water cannon at demonstrators in the city center.

On Sunday, Iranian authorities blocked Instagram and a popular messaging app. Their intention was to “maintain peace,” according to state media, but protesters saw the move as a direct crackdown on their efforts, which have been fueled by publicity on social media.

Trump has tweeted several times in support of the demonstrators, writing Sunday that the United States is “watching very closely for human rights violations.”

“Big protests in Iran. The people are finally getting wise as to how their money and wealth is being stolen and squandered on terrorism,” Trump wrote. “Looks like they will not take it any longer.”

“It tells us that the Obama approach of relieving sanctions . . . has failed,” he said.