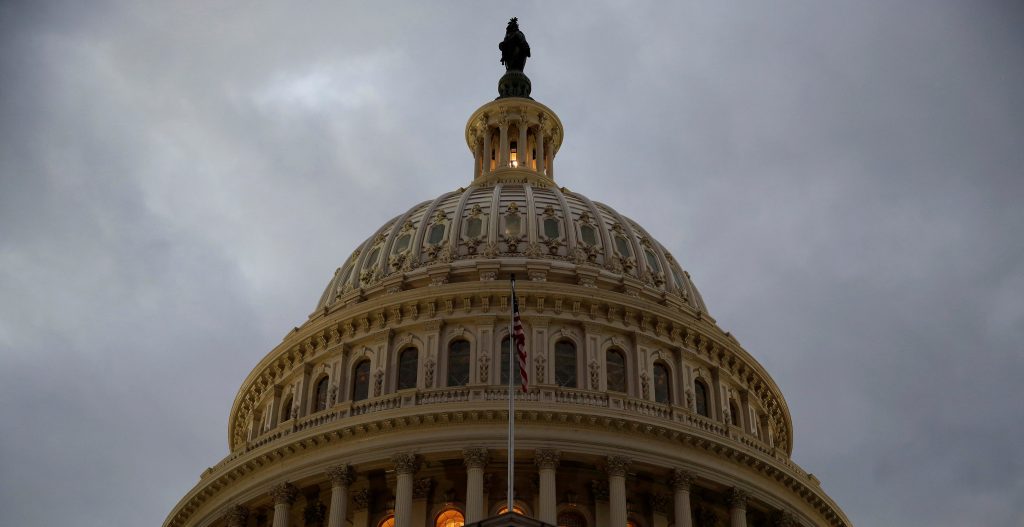 Congress faces a jam-packed to-do list when it returns this week, with deadlines looming on difficult issues — including how to fund the government and avoid a shutdown, stabilizing the nation’s health-insurance program for poor children, and whether to shield young undocumented immigrants from deportation.

Fresh off a party-line vote to overhaul the tax code, the negotiations will test whether Congress and the White House still have the potential to craft any form of bipartisan agreement. If so, several of the year’s most contested issues might be resolved with months to spare before the 2018 midterm campaign heats up.

If not, the government could soon be on the verge of a shutdown, with pressing questions regarding health care, immigration and other policies left unresolved. Also on the agenda is emergency relief for regions upended by last year’s natural disasters, a key national security program and the fate of an agreement to stabilize health insurance markets under the Affordable Care Act.

A big unknown is whether the shortened timeline will prove an asset in addressing all the issues before Congress, or a hindrance.

“Some of these things they’re talking about are huge, contentious issues,” said Jane Calderwood, who served as chief of staff for then-Sen. Olympia Snowe, R-Maine. ” I can’t imagine it’s doable, and certainly not doable in a thoughtful way.”

Jim Manley, who served as an aide to then-Senate Majority Leader Harry Reid, D-Nev., said, “I’m not sure I’ve seen anything like it, at least in recent years, where so much high-profile stuff has to be done right out of the gate,”

Officials in both parties hope to make progress by Jan. 19, when a short-term government funding bill that Congress passed last month expires.

On Wednesday, senior congressional leaders from both parties will meet at the Capitol with White House budget director Mick Mulvaney and legislative-affairs director Marc Short to renew talks on the Deferred Action for Childhood Arrivals program, which expires on March 5. In September, President Donald Trump decided to sunset the program — started under the Obama administration — that protects 700,000 young immigrants, often called “dreamers,” from deportation.

Congressional Republicans and the White House have demanded that any deal to protect these immigrants include stronger border enforcement — but exactly what that looks like is expected to be a key sticking point in negotiations.

“The Democrats have been told, and fully understand, that there can be no DACA without the desperately needed WALL at the Southern Border and an END to the horrible Chain Migration & ridiculous Lottery System of Immigration etc.,” Trump said Thursday on Twitter. “Chain migration” refers to the policy that allows naturalized immigrants to petition for relatives to come to the United States.

Congressional Democrats express openness to finding additional funding for border security but have ruled out funding the wall along the U.S.–Mexico border that Trump promised during his presidential campaign.

“We’re not going to negotiate through the press and look forward to a serious negotiation at Wednesday’s meeting when we come back,” said Drew Hammill, an aide to House Minority Leader Nancy Pelosi, D-Calif.

Democrats are under intense pressure from Hispanic lawmakers and progressive activists to reject any government funding deal that does not resolve the issue. Already, Democratic senators have helped pass multiple funding deals that did not include DACA protections, including one in December.

About 22,000 DACA recipients failed to renew their applications after the Trump administration gave them 30 days to do so this September, with reports emerging of some applications getting lost in the mail. At least 7,800 people in this group had lost their DACA status by December, and the rest will lose protection before March, according to the Center for American Progress, a center-left think tank.

“If Democrats don’t hold the line and ensure dreamers get protected, the unity between the grass roots and the elected party will shatter,” said Ben Wikler, Washington director of the progressive group MoveOn.org. “Democrats and Republicans have already kicked this can down the road three times. A fourth time is unacceptable.”

Senate Majority Leader Mitch McConnell, R-Ky., said last month he hopes a bipartisan working group — led by Sens. Dick Durbin, D-Ill., Jeff Flake, R-Ariz., and Charles Grassley, R-Iowa — comes up with a deal the Senate can pass in January. But he didn’t commit to a specific timetable for a vote.

“We have been gridlocked on this issue for years,” McConnell told reporters last month. “We do not want to just spin our wheels and have nothing to show for it.”

But congressional Republicans face pressure from conservative lawmakers and activists not to find protections for dreamers. Rep. Steve King, R-Iowa, an immigration hawk, said last month that he urged Trump in a private phone call not to renew DACA.

Beyond DACA, lawmakers will also have to agree to new government funding levels or pass another short-term extension of spending limits — known as a continuing resolution — by Jan. 19. Failure to do so would cause a government shutdown, which would cost the economy about $6.5 billion every week it lasts.

Keeping the government funded at existing levels (or increasing government spending) would put Congress on track to trigger automatic spending cuts through what is called the sequester, because of a 2011 law that imposed caps on spending. Congress must raise these caps, as it did in 2013 and 2015, by February to avoid these across-the-board cuts to government programs.

But Democrats and Republicans have been unable to resolve an impasse over how to raise the caps. Republicans passed a bill in December to increase military funding alone by $650 billion through Sept. 30. Congressional Democrats have held firm to the line that every dollar increase in military spending must be met by an equal increase in domestic spending, in line with previous agreements in the past to avoid the sequester.

Lawmakers also will have to increase the debt ceiling by March, when the Treasury Department can no longer meet the federal government’s financial obligations without additional borrowing, according to the Bipartisan Policy Center.

Similarly unresolved is the Children’s Health Insurance Program, which 9 million children use to help meet their medical costs. Right before the holiday break, Congress plowed $3 billion into CHIP — money that will prevent 1.9 million children from losing coverage in January, according to the Georgetown University Health Policy Institute. But that temporary solution keeps CHIP funded for only three more months, and state health programs throughout the country have begun notifying families that funding could expire.

In November, House Republicans passed a bill to fund CHIP, but Democrats argued that the measure did so by removing money from a public-health preventive-care fund set up under the Affordable Care Act. Democrats want CHIP funded without cutting funding for other federal health programs.

The law authorizing the government to obtain communications of foreign intelligence targets without an individualized warrant — a process that also collects the emails and phone calls of any Americans in communication with the foreign targets — is set to expire on Jan. 19. The program, originally set to end on Jan. 1, was extended for three weeks at the last minute before the holiday recess.

Intelligence officials have said that under the law, which is known as Section 702 of the FISA Amendments Act, existing court orders allowing surveillance will remain in effect until April. Security hawks and the intelligence community have defended it as an essential safeguard against terrorism and a valuable tool for gathering foreign intelligence, while civil-liberty advocates say without revisions it creates the potential for abuses of government power. A House aide predicted that the program would be put to a stand-alone vote shortly after Congress returns.

Before the end of year break, the House approved an $81 billion relief package for victims of recent hurricanes and wildfires in California. Democrats criticized that plan as inadequate, particularly for the U.S. Virgin Islands and Puerto Rico, which are still struggling with widespread power outages. Democrats in the Senate rejected the House package right before the holiday recess, but members of both parties agree on the imminent need to allocate emergency funding.

Disaster funding “may have to slip to next year,” Senate Minority Leader Charles Schumer, D-N.Y., said last month. “I think we can work it out in a bipartisan way. I certainly do. But just jamming it through without consulting us and not being fair to so many other parts of the country doesn’t make sense.”

Senate Republican leadership also had promised Sen. Susan Collins, R-Maine, passage of a bill to shore up the Affordable Care Act’s individual markets in exchange for her yes vote on the GOP tax package.

The Republican tax bill is expected to undercut the insurance markets by eliminating the individual mandate — a requirement under the ACA that Americans buy insurance or face a penalty.

Collins has backed one measure to give insurers $4.5 billion to compensate costs for the very sick and another that would restore “cost-sharing reductions” for poor people. (The Trump administration cut off these payments.) Either one would help offset at least some of the impact to the markets caused by the tax law and other administration actions.

But it is not clear that the measures can get through Congress. Republicans in the House have signaled they may refuse to let McConnell honor that agreement, to which they were not a party.