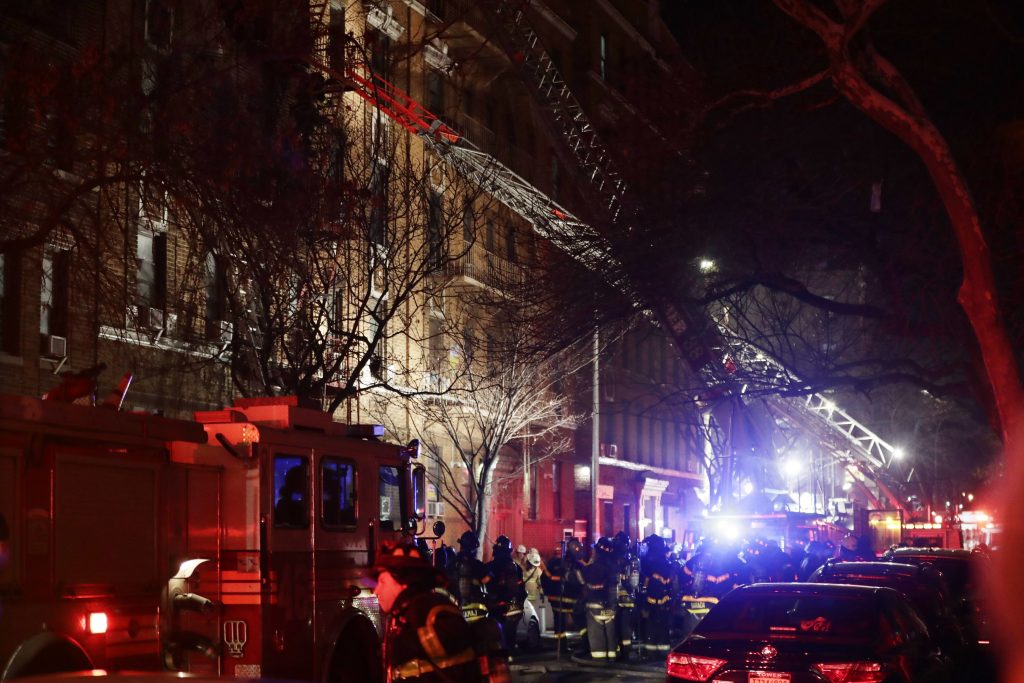 Police on Saturday released the identities of an additional seven victims of New York City’s deadliest fire in decades, including a seven-month-old baby girl who was among the dozen people who lost their lives.

Authorities also named five men and a teenage girl who perished in Thursday’s blaze along with the baby. One of them, 28-year-old Emmanuel Mensah,  rescued a number of people and then went back into the burning building where he died of smoke inhalation. Mensah had recently graduated from the Army National Guard boot camp.

Fire Commissioner Daniel Nigro said a preschooler toying with the burners on his mother’s stove accidentally sparked the fire — an inferno that quickly overtook the Bronx apartment building and blocked the main escape route, racing through a door and up five floors.

Four other residents were still fighting for their lives, two days after flames broke out in the century-old building near the Bronx Zoo.

The baby whose identity police released on Saturday was Amora Batiz.

The 3-½-year-old boy who had been playing with the stove, his mother and another child were able to flee their first-floor apartment. But they left the apartment door open, and it acted like a chimney that drew smoke and flames into a stairwell. From there, the fire spread throughout the five-story building, authorities said.

The 26-unit apartment building was required to have self-closing doors, which swing shut on their own to keep fires from spreading, city Housing Preservation and Development Department spokesman Matthew Creegan said. Investigators will look at whether the door to the apartment was defective or if an obstruction prevented it from closing, he said.

Mayor Bill de Blasio said there was “nothing problematic about the building that contributed to this tragedy.”

On Thursday night, at least 20 people scrambled out via fire escapes on a bitterly cold night. The others could not.

Nigro said firefighters saved some people, but “this loss is unprecedented.”

“The smoke, I guess, overcame her. Everything happened so quick,” Batiz said.

Excluding 9/11, Thursday’s fire was the city’s deadliest since 87 people were killed at a social club in the same Bronx neighborhood in 1990. A fire in a home in another part of the Bronx killed 10 people, including nine children, in 2007.

About 170 firefighters worked in 15-degree weather to rescue dozens of people. Residents described opening their front doors to see smoke too thick to walk through and descending icy fire escapes with children in hand.