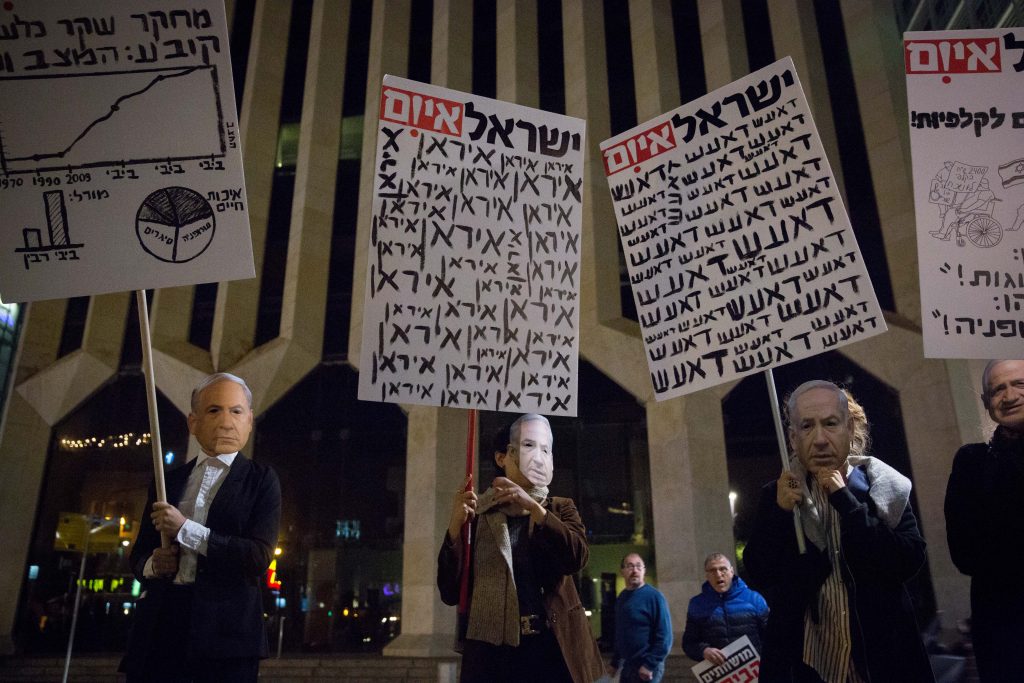 Likud MKs again accused leftwing demonstrators of incitement, as members of the several thousand-strong crowd in downtown Tel Aviv protested against government corruption. Protesters carried signs calling Prime Minister Binyamin Netanyahu a “traitor,” and other signs placing him at the head of a criminal syndicate.

Thousands of people once again gathered in Tel Aviv demanding that Netanyahu resign in the wake of the corruption investigations against him, especially over Case 1000, in which Netanyahu was accused of accepting extravagant gifts from millionaire Arnon Milchin, mostly cigars. According to Likud sources, police have not established any quid pro quo in the case, in that Milchin did not receive any consideration or benefit for the alleged gifts. Police last week were set to issue recommendations on whether or not Netanyahu should be indicted, but Yisrael Hayom reported Friday that the decision has been postponed, and that Netanyahu may be questioned once again in the case.

Rightwing MKs last week also accused the left of incitement over the display of a guillotine at last week’s leftwing protest in Tel Aviv. In a statement, the Likud said that the display of the guillotine “is incitement to murder Prime Minister Binyamin Netanyahu, which came along with protests and calls against Zionism. The leftist protest in central Tel Aviv crossed all the red lines.”

The signs this week were just a continuation of the ongoing incitement by the left, Amsalem said. “Last week we had the saga of the guillotine, and now we see them calling Netanyahu a traitor. The aim of these protesters is to change the government without an election, and along the way they cross red lines again and again. The heads of the left, Yair Lapid and Avi Gabay, must put a stop to this incitement before it is too late,” he said.