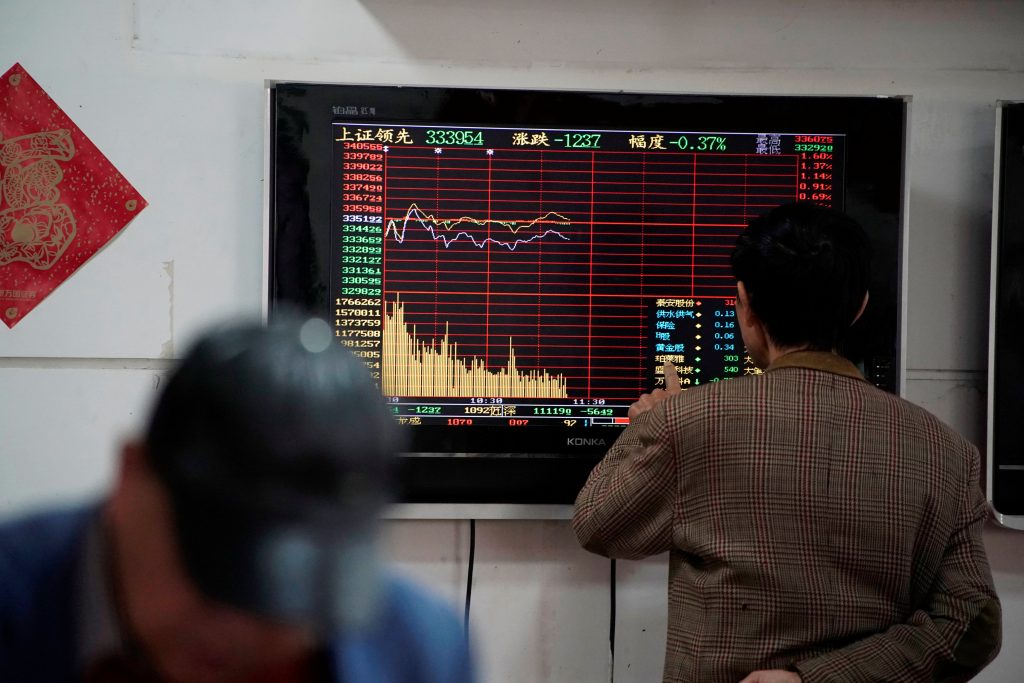 Markets bid 2017 goodbye on a modestly defensive note on Friday, but the year will be best remembered for leaving global investors wealthier.

A pick-up in global growth boosted corporate profits and commodities during the year, while tame inflation kept central banks from snatching away the punch bowl of easy monetary policy.

MSCI’s world equity index shed 0.12 percent on Friday, leaving it short of an all-time intraday high reached earlier in the session but nonetheless enough to give the index an unparalleled record of gains each month this year.

The large and mid-size companies in the index of 47 countries added more than $8 trillion to their market value during the year.

“By all accounts 2017 has been a great year for the market,” said Arian Vojdani, investment strategist at MV Financial in Bethesda, Maryland.

Craig James, chief economist at fund manager CommSec, said of the 73 bourses the firm tracks globally that all but nine recorded gains in local currency terms this year. Major indexes from Japan to the United States and emerging markets are up double-digit percentages for the year, with the pan-European FTSEurofirst 300 index up 7 percent.

U.S. markets offered caution signs for 2018 in the year’s final hours of trading on Friday. Wall Street stocks and the U.S. dollar drooped, helping safe-haven bonds and gold, and a reminder that after a run-up with so few obstacles there may be little room for error.

“The key issue is whether the low growth rates of prices and wages will continue, thus prompting central banks to remain on the monetary policy sidelines,” said CommSec’s James.

“Globalization and technological change have been influential in keeping inflation low. In short, consumers can buy goods whenever they want and wherever they are,” he said.

One of the early issues for 2018 will be the March 4 Italian election. As things currently stand the vote is expected to produce a hung parliament that could ultimately catapult four-times premier Silvio Berlusconi back to center stage.

The dollar is suffering, too, despite the widely held assumption at the start of the year that, with the U.S. Federal Reserve set to raise interest rates and lawmakers poised to cut taxes, the only way for greenback was up.

Three rate hikes and a tax bill later, the dollar hit a losing streak in which its value sank by 9.7 percent, in the dollar’s biggest annual decline since 2003.

The dollar’s loss has been a gain for emerging markets and the euro, which charged ahead 14 percent for the year.

The wilting dollar has also lifted commodities priced in the currency, which have also benefited from a synchronized pick-up in global trade and surprisingly strong demand from China.

Everything from coal to iron ore has reaped gains. Copper has been a stand-out performer, in part due to expectations of rising demand for the mass production of electric vehicles.

The industrial metal is turning in its largest annual gains since the global financial crisis ebbed in 2009, but it slipped off its four-year highs on Friday. Copper futures lost 0.51 percent to $7,251.50 a tonne on Friday.

Gold turned in a banner year, too, despite not being needed for its role as a guard against inflation, which has been tame. At $1,303.22 an ounce, the shiny metal saw its biggest annual gain since 2010.

Oil ended the year around its highest prices in 2-½ years after data showed strong demand for crude imports in China and a surprise fall in U.S. production.

Benchmark 10-year U.S. Treasury notes last rose 8/32 in price to yield 2.405 percent, down a bit from the 2.439 opening figure for the year despite the Fed’s rate hikes, as weak inflation and strong demand for bonds kept rates in check and financial conditions easy.