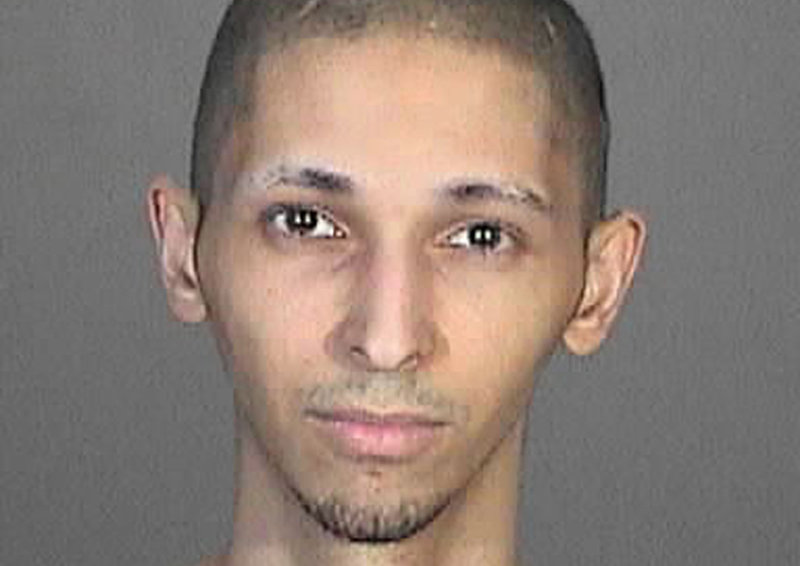 Police in Los Angeles have arrested a man they suspect made a hoax emergency call that resulted in a SWAT police officer fatally shooting a man at the door of his own home in Kansas, law enforcement officials said Saturday.

Wichita Deputy Police Chief Troy Livingston on Friday characterized the hoax call as “swatting” and blamed a “prankster” who called 911 with a fake story about a shooting and kidnapping at the victim’s address. Authorities haven’t released the name of the man who was killed Thursday, but relatives have identified him as 28-year-old Andrew Finch.

Officer Paul Cruz, a spokesman for the Wichita police, said the two city police departments are working with the FBI on the case, but provided no further details including on possible charges or extradition.

In audio of the 911 call played by Wichita police at a news conference on Friday, a man said he shot his father in the head and that he was holding his mother and a sibling at gunpoint. The caller, speaking with relative calm, also said he poured gasoline inside the home “and I might just set it on fire.”

Officers subsequently surrounded the home at the address the caller provided and prepared for a hostage situation. When Finch went to the door, police told him to put his hands up and move slowly.

But Livingston said the man moved a hand toward his waistband — a common place where guns are concealed. An officer, fearing the man was reaching for a gun, fired a single shot. Finch died a few minutes later at a hospital. Livingston said Finch was unarmed.

The officer, a seven-year veteran of the department, is on paid leave pending the investigation.

Lisa Finch on Friday told reporters “that cop murdered my son over a false report in the first place.”

In addition to the 911 call, police also released a brief video of body camera footage from another officer at the scene. It was difficult to see clearly what happened.

Livingston said investigators were tracking online leads, and a law enforcement official who earlier confirmed Barriss’s arrest said the shooting stemmed from a dispute. The official wasn’t authorized to discuss the investigation publicly and spoke to The Associated Press Saturday on condition of anonymity.

The official said Barriss believed a person involved in the dispute lived at the address, but that investigators don’t believe Finch was the intended target.

The official said it wasn’t clear if Barriss was involved in the dispute or if he had been recruited to make the false call.

Court records show Barriss was convicted in 2016 on two counts of making a false bomb report to a media station in Glendale, California, and sent to Los Angeles County jail for two years. Jail records show he was released in January.

The FBI estimates that roughly 400 cases of swatting occur annually, with some using caller ID spoofing to disguise their number. An FBI supervisor in Kansas City, Missouri, which covers all of Kansas, said the agency joined in the investigation at the request of local police.

In other cases of apparent swatting, three families in Florida in January had to evacuate their homes after a detective received an anonymous email claiming bombs had been placed at the address.